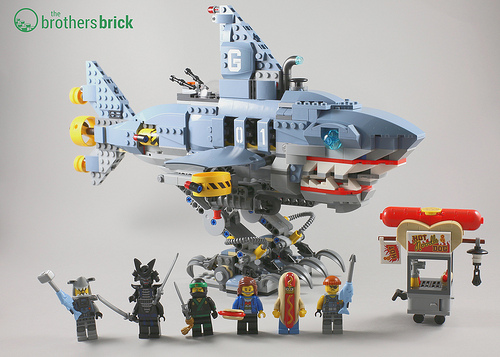 The Box and what’s inside

The front box art has already been revealed and shows Garmadon Shark Mech moving in on its prey of a hot dog stand with a side of innocent civilians. 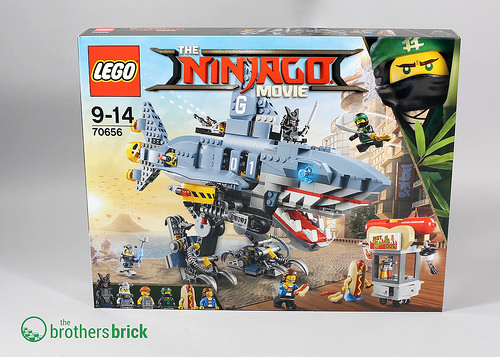 The rear of the box shows the opposite of Garmadon Shark Mech about to munch on the hotdog stall or its vendor, with the play features detailed at the bottom.  In addition, the size of the final mech model is detailed just in case the model is smaller than expected after seeing The LEGO Ninjago Movie (more on that later). 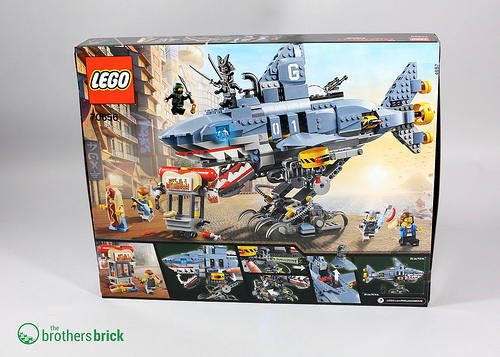