One of the most gratifying parts of watching Spider-Man: Far From Home was how the movie depicted Mysterio’s illusions. I was a huge fan of the villain from the comics. And in the comics, Mysterio is certainly able to fool his enemies, sure. But his illusions so often went beyond just ordinary subterfuge. When a comic artist was allowed to really run wild with Mysterio, Spider-Man could find himself caught in a dreamlike, swirling mass of images. A place where up and down have no meaning and nothing is ever what it seems. That the movie was able to recreate — and justify — that same kind of illusion power was awesome. That’s why I’m so keen on this LEGO-based take on Mysterio’s power by builder Daniel Huang. 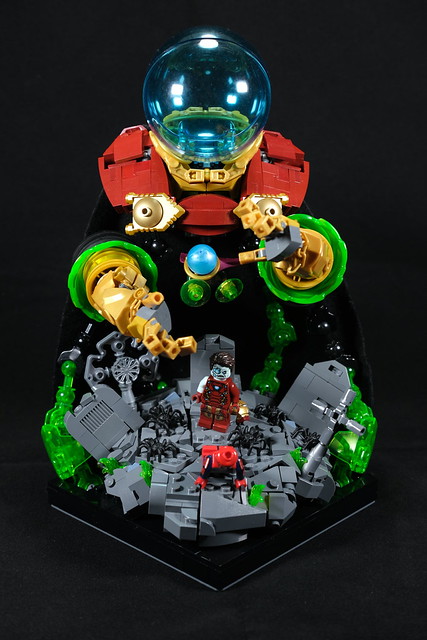 The recreation of the scene where — two-year-old spoiler alert — Spider-Man is confronted by a zombie Tony Stark is powerful on its own. The way the graveyard bends as if it’s crumbling around our hero gives the diorama a perfect sense of drama and motion. But to then have the moment watched over by two different Mysterios at varying scales is some top-tier comic illustration awesomeness. The duel use of trans-bright green Hero Factory joints as Mysterio’s energy signature and supports to hold up the giant brick-built villain is especially clever.

LEGO has officially revealed three new sets from the upcoming Spiderman-Man: Far from Home, which will hit the big screens in July. They bring several new additions to the LEGO Marvel universe, including a some that have been a very long time coming, such as Happy Hogan, who’s finally getting a minifigure 11 years after first appearing in Iron Man. The exact date that these sets will come to shelves is not certain yet, but you can bet they’ll be on shelves by the time the movie debuts; after all, the LEGO sets for Avengers: Endgame are already available now. Check out all the details below.

Edit: The Spider-Man: far From Home sets are now available from LEGO. 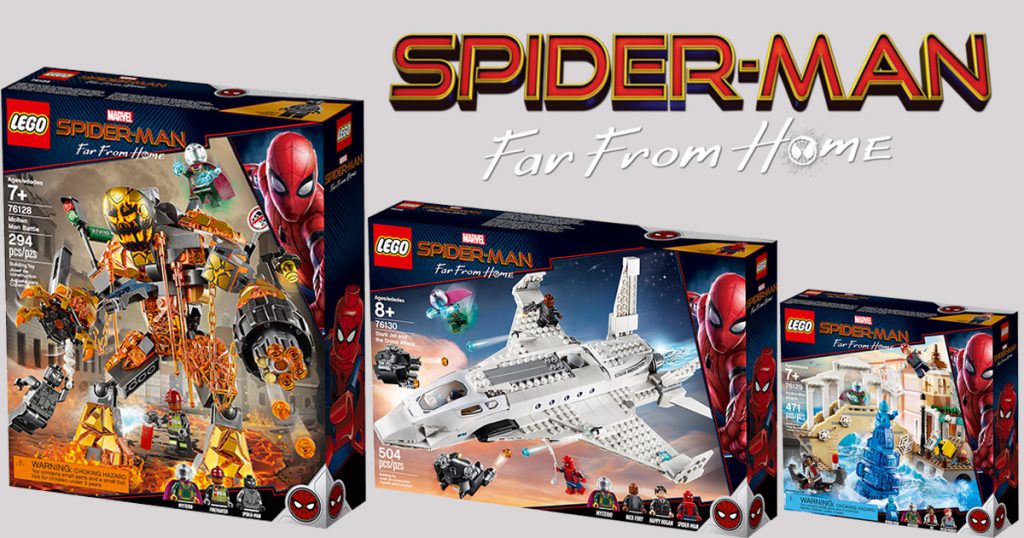