It’s fair to say that the Marvel Cinematic Universe (MCU) has had its share of ups and downs over the years. To many, 2010’s Iron Man 2 is one of the lower points. Personally, I think it’s just fine, and there are some standout moments that make it special. In particular, I loved the inclusion of the comic-book classic “Suitcase Armor” of the Mark 5. I had thought that the “reality” of the MCU would keep Tony Stark from ever having a portable version of his armor, and being proven wrong tasted sweet indeed. Imagine my delight, then, when Brickatecture moc industries revealed their amazing, wearable, and 1:1 scale helmet from the Mk 5. 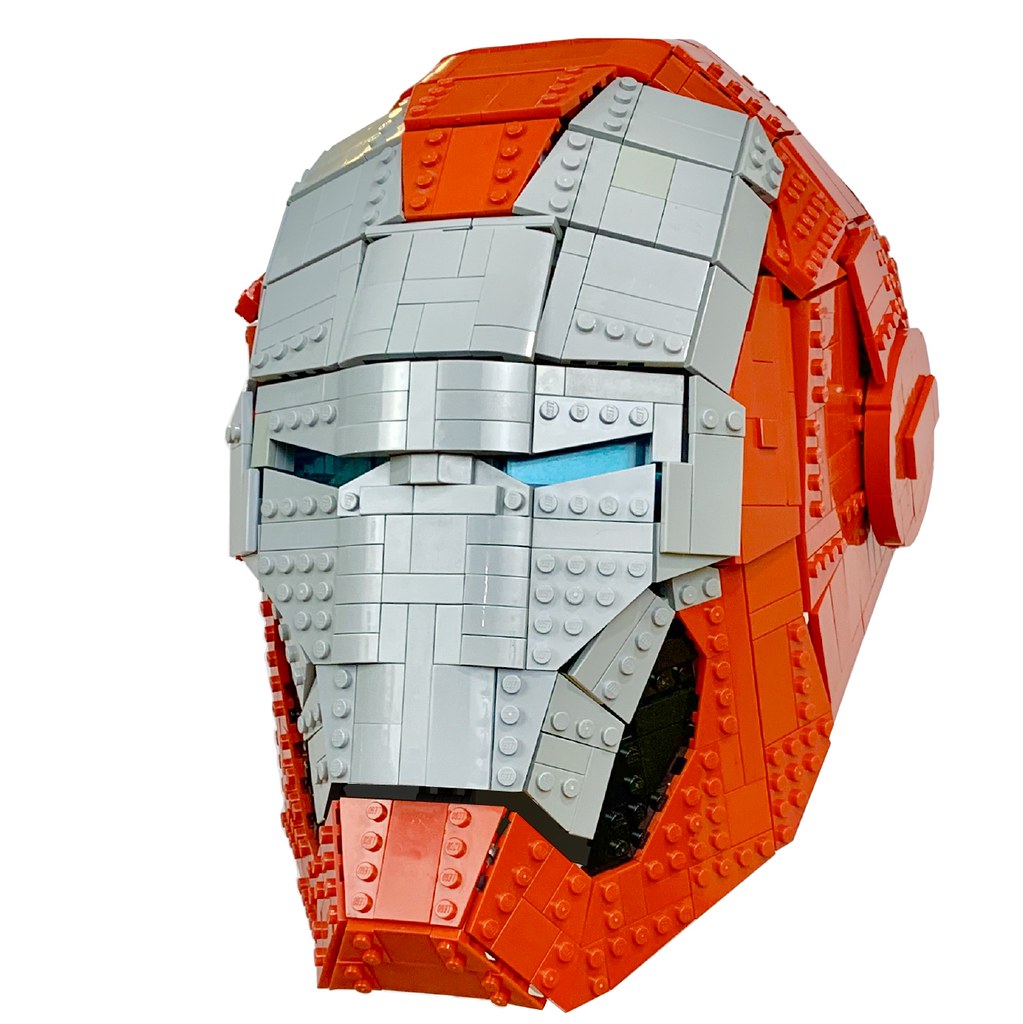 Made from around 1,500 elements, it took nearly two years of design tweaks to bring this beauty to life. The combination of wedges and plates gives an appropriately angular feel to the red sections, while the face plate makes use of curved slopes to smooth things out where necessary. 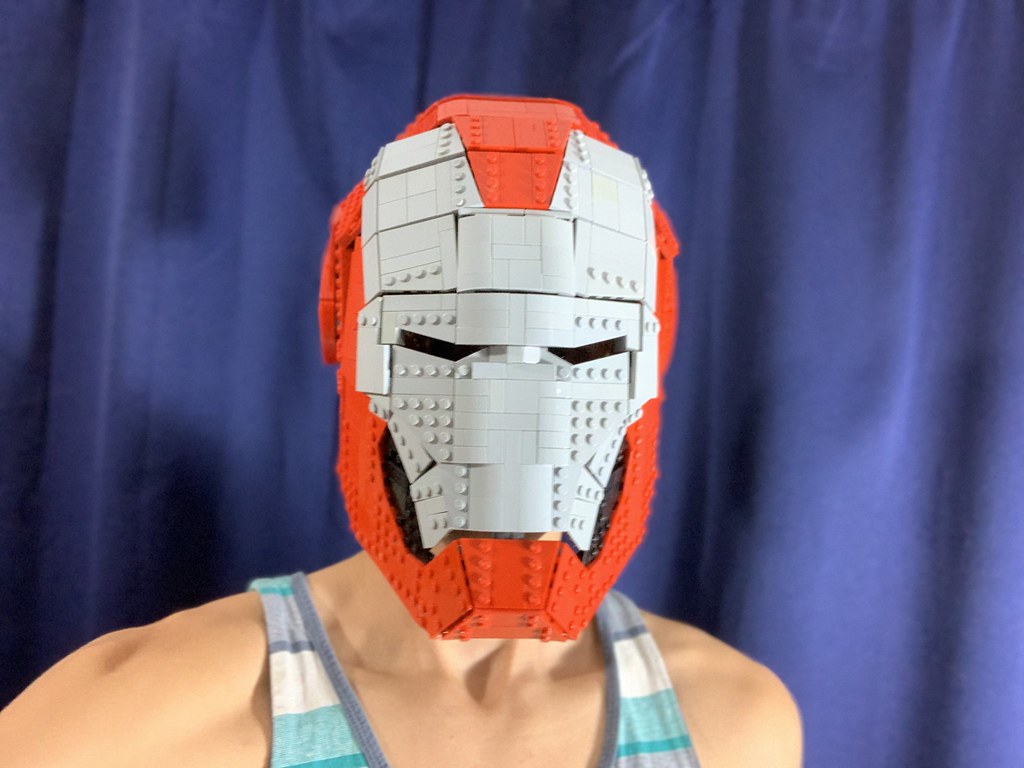 If you’re interested in more super-heroic wearable LEGO, be sure to check out Brickatecture’s Atom suit. If we ever get a DC/Marvel crossover event, an Atom/Iron Man mash-up seems likely! 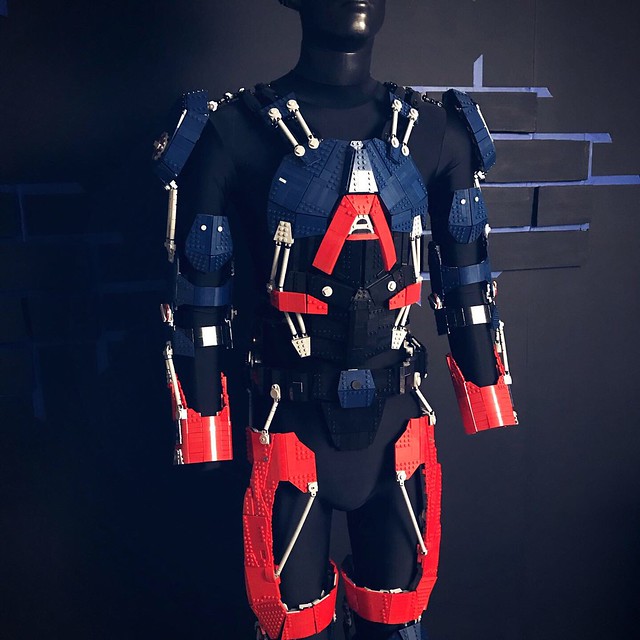 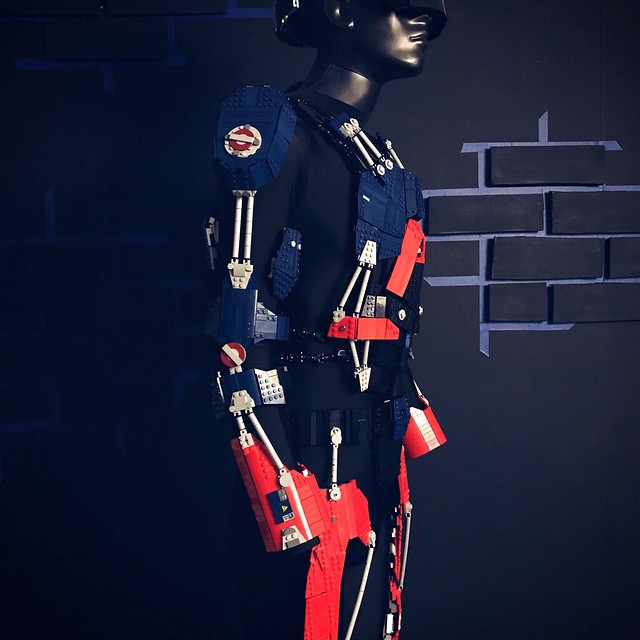 The legendary outlaw Star Lord of Marvel’s Guardians of the Galaxy is brought to life in LEGO with a replica of his helmet built by master of LEGO cosplay Brickatecture moc industries.The face mask is perfectly shaped and detailed to be instantly recognizable from the Marvel Cinematic Universe and comics. The brick-built hairstyle is an interesting choice that works well. 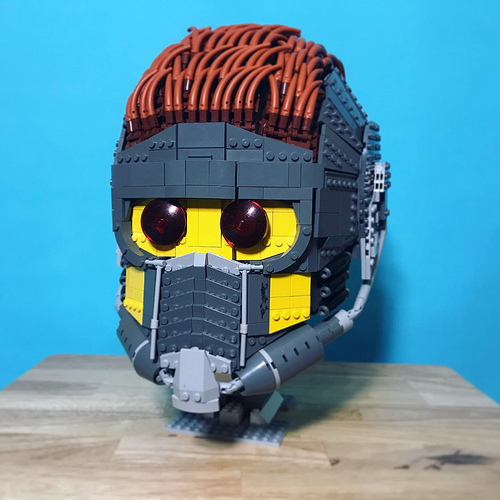 Of course, like Brickatecture’s Venom mask, the Star-Lord helmet is hollow yet sturdy, making it wearable by its creator. 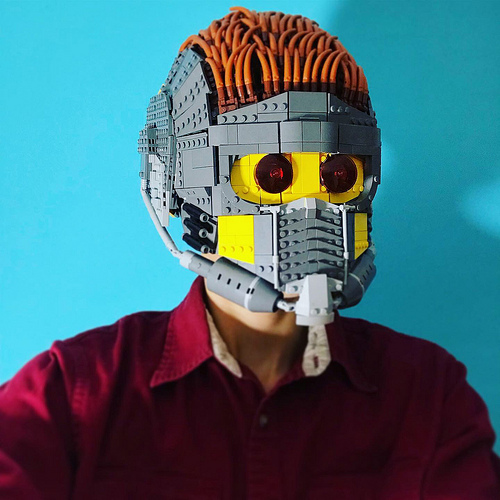