One beautiful summer evening in December 2008, I walked down a dirt road in New Zealand and listened to a distinctive hooting in the distance — the nighttime call of the kiwi. Today, I work for a company based in Auckland and look forward to returning to New Zealand again soon.

Thomas Poulsom (DeTomaso77) has been posting antipodean birds for a while, but he’s just added two from New Zealand to his growing collection of living dinosaurs, starting with the iconic kiwi and the weird & wonderful kakapo (an adorably fat, flightless parrot). 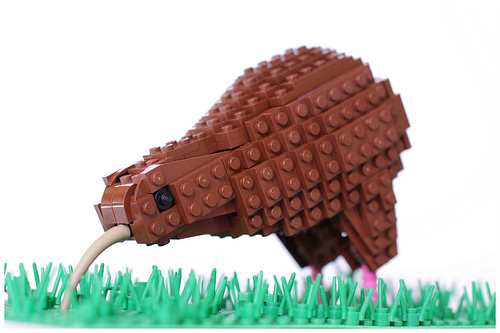 And “Karo the Kakapo”: 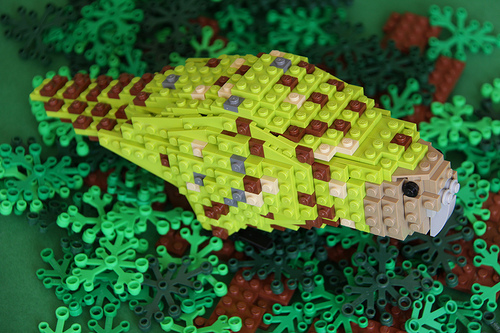 We’ve been supporters of Thomas’ LEGO CUUSOO project since the beginning, and I’m glad to see that it now has more than 6,200 supporters, though I’m inclined to agree with LEGO in their official comment that we’d like to see Thomas focus on one particular bird (my favorite is Bobby Robin).

But Thomas doesn’t just build LEGO birds. He recently posted a round and chubby badger named Roger to highlight the plight of this unique animal in Great Britain. 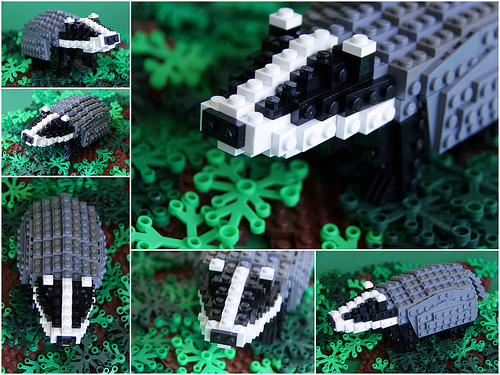 If you’re seeing Thomas’ animal models here for the first time, head on over to his photostream on Flickr for hundreds more LEGO animal photos.