Now that the world has finally seen the release of Denis Villenueve’s adaptation of the classic novel Dune by Frank Herbert, many LEGO builders have taken inspiration from the movie and the original source material, using desert power to fuel their imagination. One of the most interesting vehicles in the story is the small patrol craft known as ornithopters, or ‘thopters, which are described as looking a bit like a dragonfly, with two sets of wings that can either flap or retract for jet-powered flight. Alpha Bernini‘s version of the four-winged craft may look a bit unconventional, but there are many interesting details of note. First, the angled cockpit with its transparent blue canopy really picks \up the insect vibe, paired with the small Mixels jointed legs. 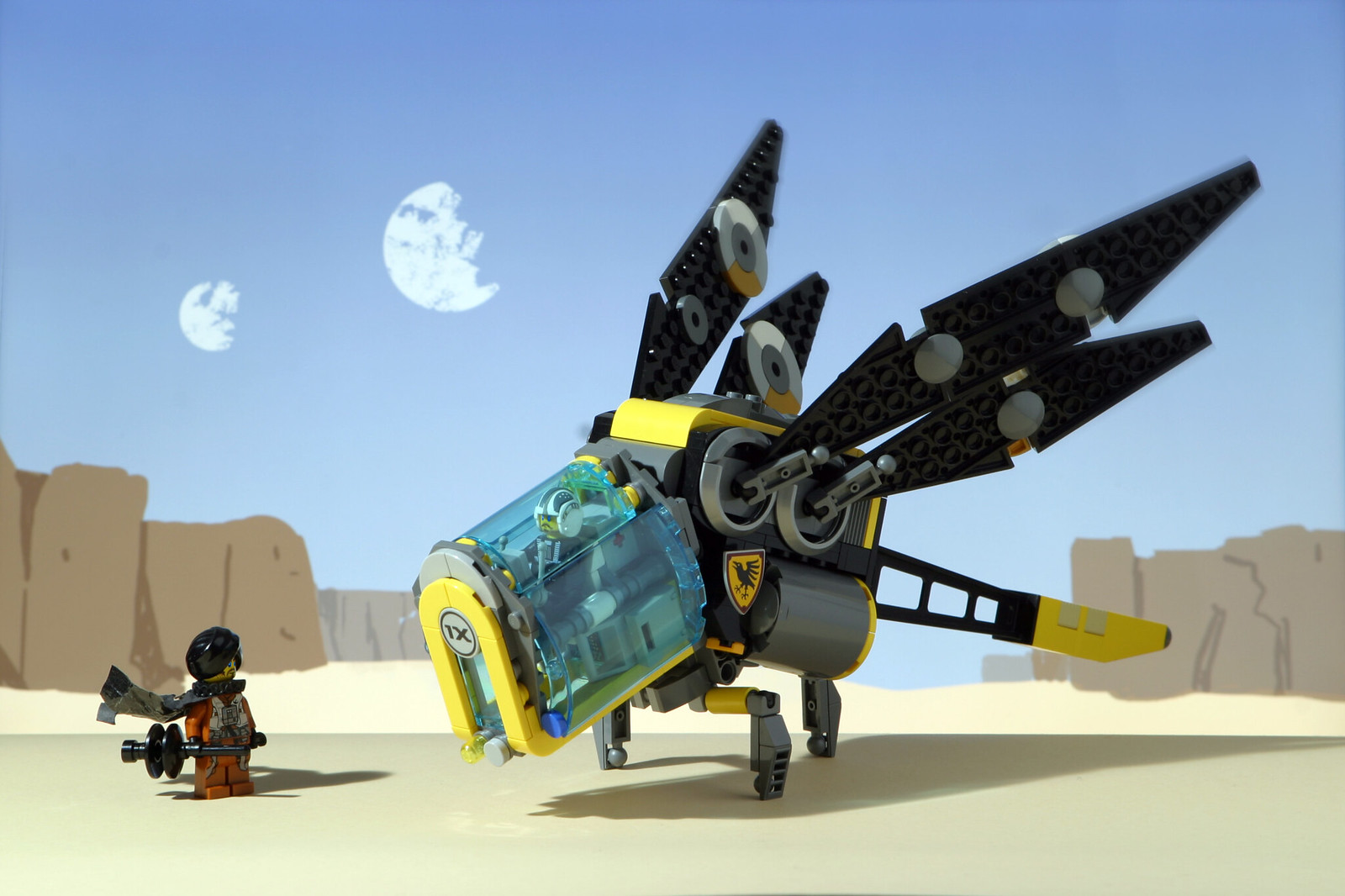 The long scaffolding part used for the tail further resembles the extended abdomen of the dragonfly. Seen from the side, with the wings folded back, the cockpit also includes storage space below the pilot’s chair. 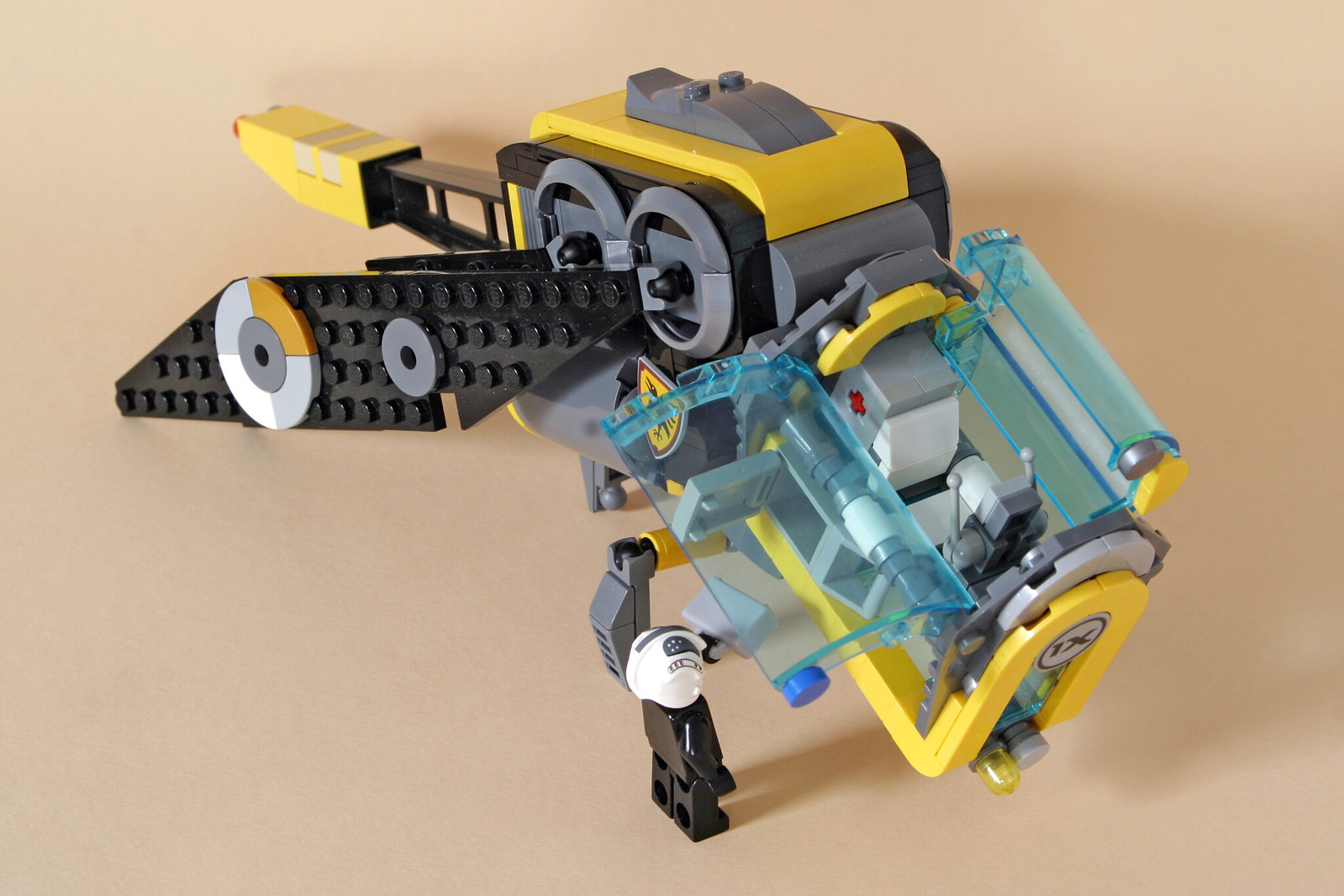 Be sure to check out our other Dune-inspired ornithopters featured recently.