ALF, short for Alien Life Form, was a sitcom that ran in the ‘80s for almost 100 episodes. ALF comes from the planet Melmac, and throughout the series, he longs for the taste of savoring the family cat as a meal, since cats are the equivalents of our cattle in his home planet. The instantly recognizable ALF is covered with brown fur and has a rippled snout, which means being built with LEGO bricks is not an easy feat to pull off, but it’s executed nicely by Marcel V for this scene.  The core and atmosphere from the series are captured quite nicely with the familiar pastel-themed walls and TV stage prop windows with horizontal shutters in the foreground and part of a refrigerator at the back. 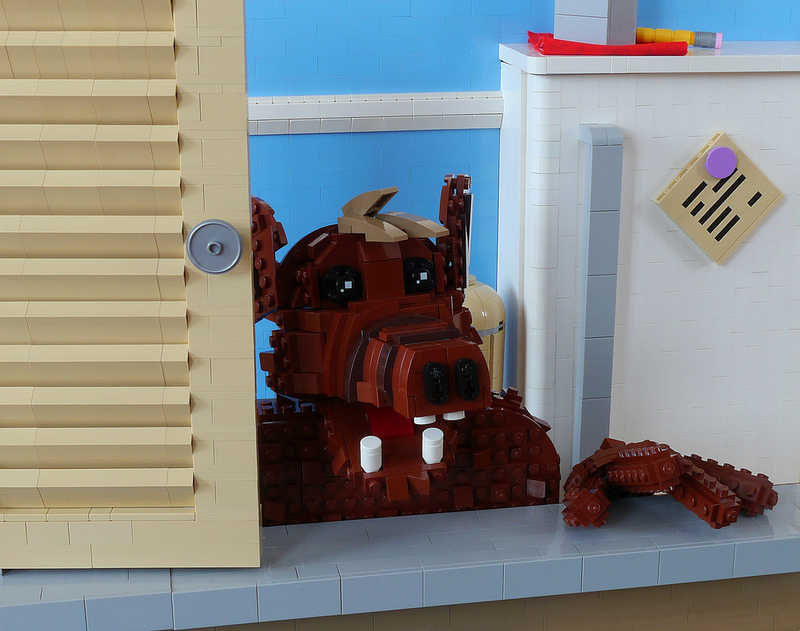