LEGO has been producing large models in the Ultimate Collector Series of LEGO Star Wars sets since 2000, which was only the second year of the LEGO Star Wars theme. But on October 1st, 2018, LEGO will be releasing 75222 Betrayal at Cloud City, the first in a new “Master Builder Series” focused more on playsets based on locations than on large vehicles like the 7,500-piece 75192 UCS Millennium Falcon. This first set in the series includes 2,812 pieces with 18 minifigs and will retail for $349.99 in the US ($399.99 in Canada | £299.99 in the UK), and it’s available early to LEGO VIP Program members today. 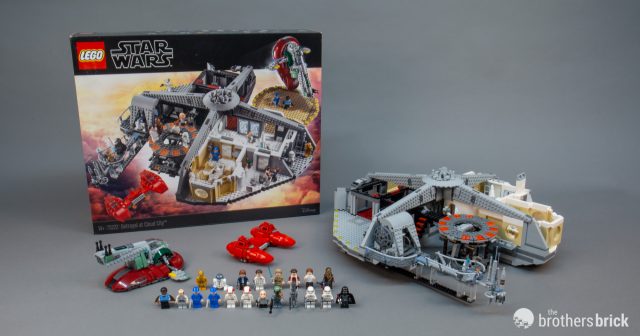 LEGO tells The Brothers Brick that the new Master Builder Series branding will be applied to “complex” sets that include “many play features and functions, interior details as well as a range of minifigures.” Let’s dig in and find out if the set lives up to that description.