Brick Sketches are a relatively new LEGO theme that debuted in 2020, based on a popular series of builds by LEGO designer Chris McVeigh, from back when he was just a humble fan. Brick Sketches blend 3D sculpture and 2D art to create brick-built portraits of popular characters suitable for hanging on your wall. So far, LEGO has officially released Brick Sketches for only three of its IP licenses – Star Wars, Disney, and DC Comics. But Marvel joins in the fun this April 1st with the release of the 200-piece 40535 Iron Man US $16.99 | CAN $19.99 | UK £14.99 and the 214-piece 40536 Miles Morales US $16.99 | CAN $19.99 | UK £14.99. But will these sets draw you in? Or are they kind of sketchy? 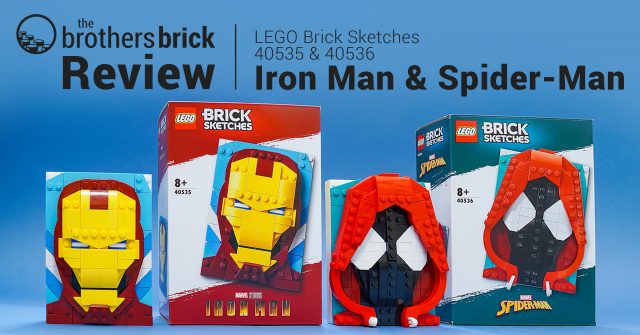