There are not many sitcoms that were on air for as long as Seinfeld, especially given the famously simple premise of a show about nothing, which earned its reputation for taking mundane situations we can all relate to and turning them into pure comedic gold by repetition and exaggeration. Created by stand-up comedian Jerry Seinfeld and Larry David, Seinfeld had 9 seasons, premiering on July 5, 1989, and running until May 14, 1998, ending with 180 episodes. Now Jerry Seinfeld’s apartment joins the growing rank of sitcom-based LEGO kits which started with 21302 Big-Bang Theory and was followed up by 21319 Central Perk from Friends, and recently the neighboring 10292 Friends Apartments. Like those, the Seinfield set is jam-packed with easter eggs and references to some of the series’ most memorable episodes along with some very accurate details and some great building techniques, so let’s jump right in. LEGO Ideas 21328 Seinfeld includes 1,326 pieces and will be available to VIP members from July 21, and available to everyone on August 1, 2021 for US $79.99 | CAN $109.99 | UK £69.99. 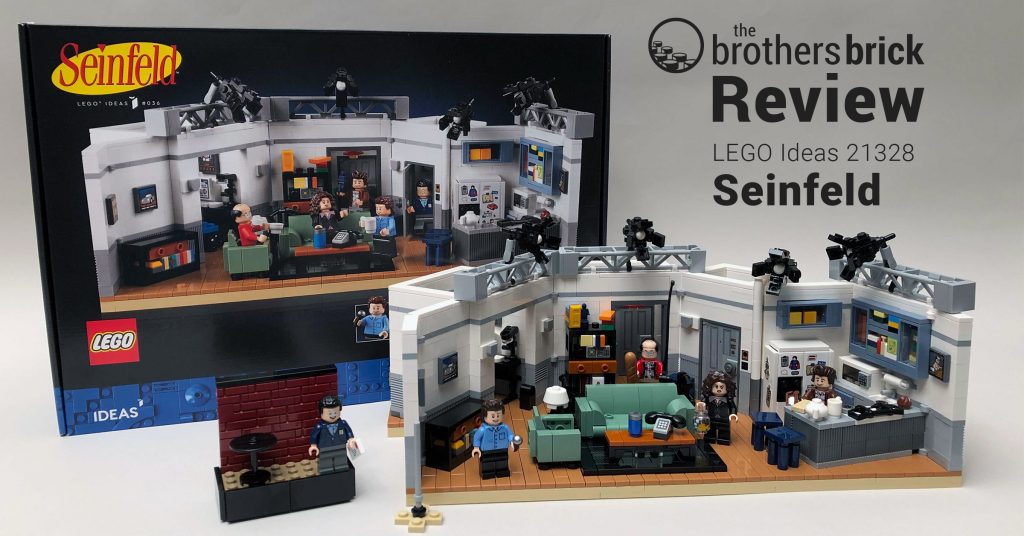