It all comes full circle. Builder Dana Knudson pays homage to the Classic Space theme with this recolored adaptation of the XL-15 Spaceship from Disney-Pixar’s Lightyear. Director Angus MacLane is an ecstatic fan of LEGO and, like many AFOLs, falls into the space-nerd camp. In fact while working on the designs and story of Lightyear he frequently turned to his bricks to sketch out the concepts, even choosing to make the canopies for all the ships yellow just so LEGO would be forced to make a new yellow canopy again. So it was destined that we would eventually see the ships from that film adapted with Classic Space regalia as Dana Knudson has done here. Much of the ship is practically the same as the XL-15 but Dana did have to come up with a SNOT brick and cheese slope solution near the pilot’s seat. Since the roof tiles used in the original design aren’t (yet) available in blue, Dana had to come up with a different way to mimic their structure. 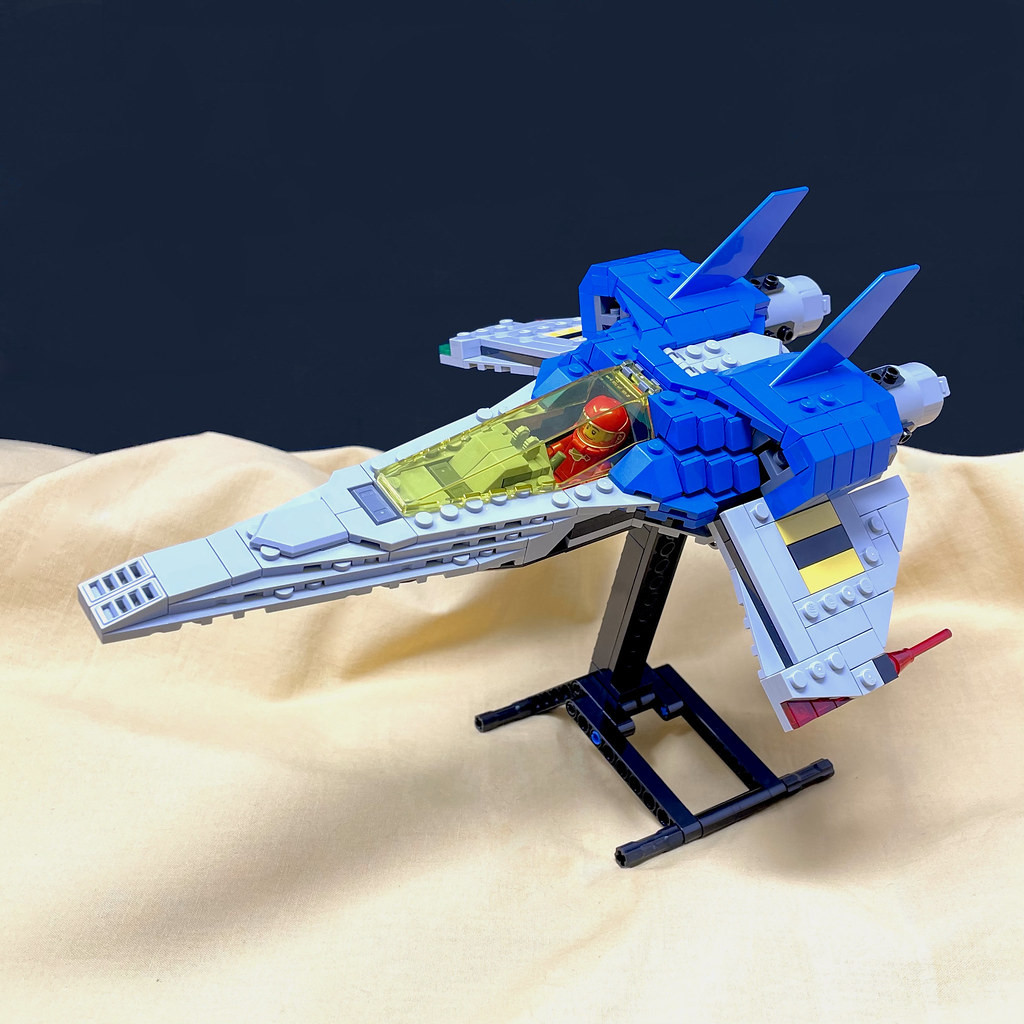 Not a technically new design but a satisfying homage worth celebrating none the less, I know we can expect more space-themed redesigns of this iconic ship.