The new partnership between LEGO and Hasbro has prompted plenty of discussion about what the future could hold. Builder Big Easy Bricks has crafted my dream new set with this incredible take on the Cobra Terror Drome playset from the original G.I. Joe toy line. While the military theme of G.I. Joe might conflict with some of LEGO’s brand philosophy, some of the line’s more fantastical hardware isn’t too dissimilar from the likes of Ninjago or Nexo Knights, and the Cobra Terror Drome is a perfect example. It’s a high-tech, octagonal remote headquarters unlike anything that exists in real life. So, let’s knock out a couple of Cobra Troopers, slip on their uniforms, and infiltrate the interior of this Cobra headquarters for a full tour. 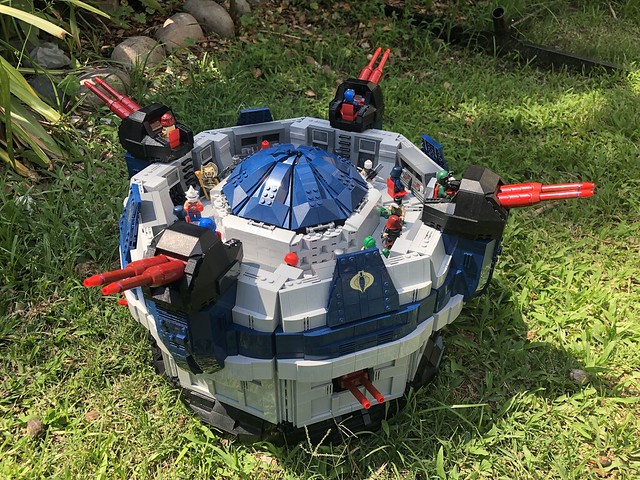 The footprint for this set is roughly 48×48 studs, which makes it a tad larger than the original playset when considering how it scales with the corresponding figures. With that in mind, while this build is 100% recognizable as the Terror Drome launch base, it does have some differences and embellishments that the original toy lacked. The first and most obvious change is the four gunner stations at the top of the base, where the original only had two. But, otherwise, the upper level of the base retains the original’s multiple computer stations and adds in some useful ladders and ammo bays, all surrounding the base’s trademark dome, from which the Cobra Firebat can launch. 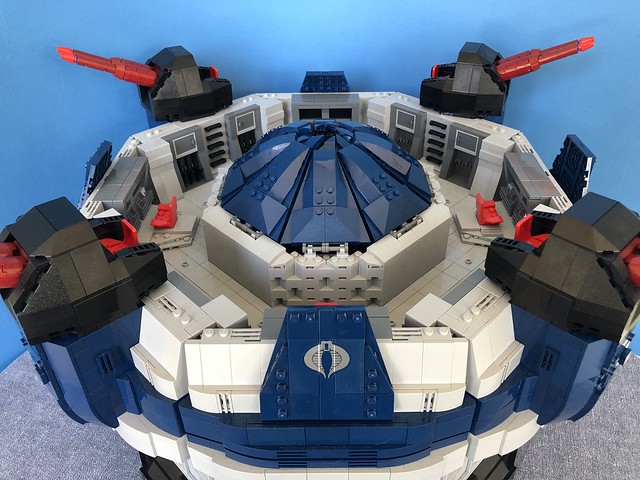 Speaking of the Firebat, with the dome’s doors open, we can see down into the center launch tube at the vehicle resting in its retracted position. While the Terror Drome has been enlarged, the Firebat still scales with a LEGO minifigure in close to the same way that the original Firebat scaled with G.I. Joe action figures. This means the launch tube has some space to allow for plenty of extra detail. You can easily imagine a flight crew working to refuel and rearm the craft between missions down there. 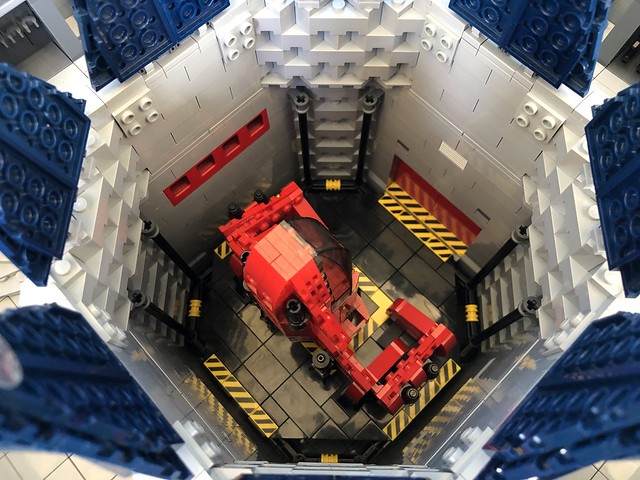 When it’s time for battle, the Firebat can raise up into position thanks to a working launchpad that’s powered by LEGO motor functions. 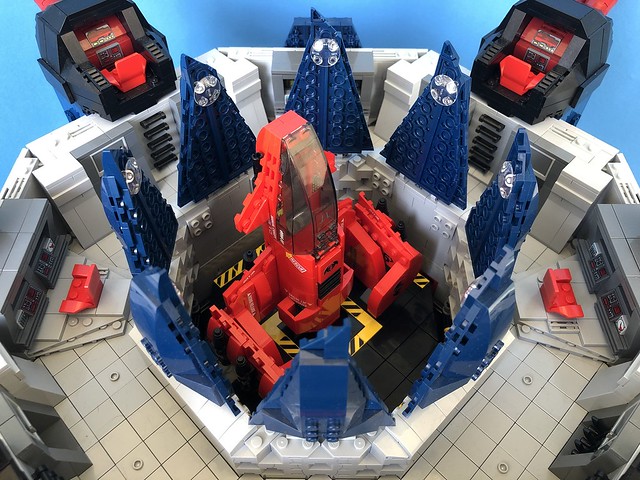 At the bottom of the launch tube is a pair of heavy-duty sliding doors, which open to allow the flight crew to exit and get to safety. Sirens and a warning light over the top of the door make sure that everyone knows when its launch time. 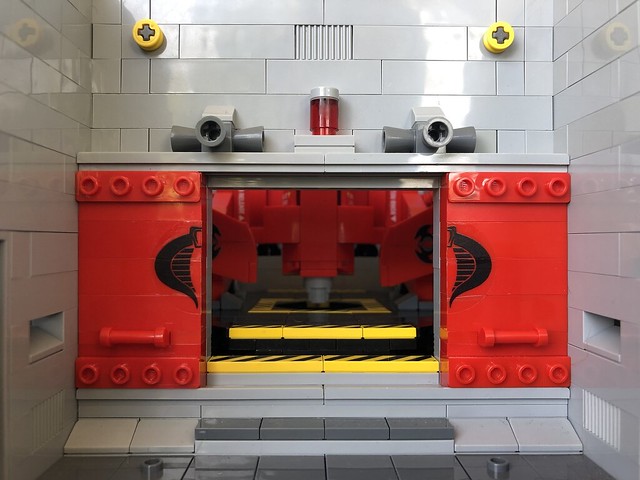 Once you’ve exited the launch tube, you find yourself in the series of rooms that make up the perimeter of the base’s lower level. The exterior walls of the base are all hinged, to allow access into the individual rooms. One of the most vital of these rooms is the generator section, where the power functions battery box is located. 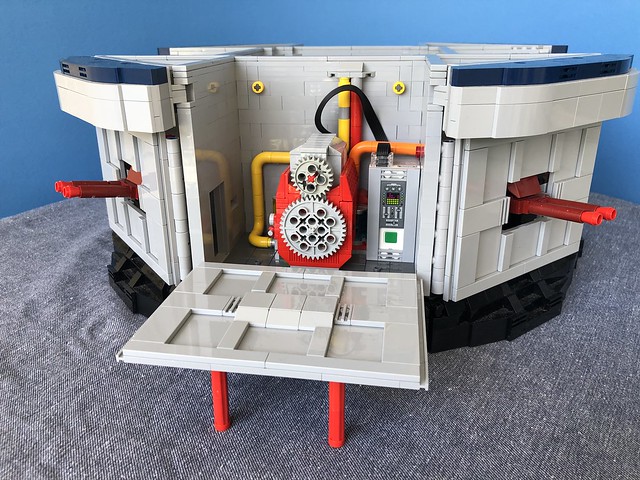 As you can see, the generator is surrounded on each side by a set of dual cannons. These walls swing open to provide access to the gunner’s seat. 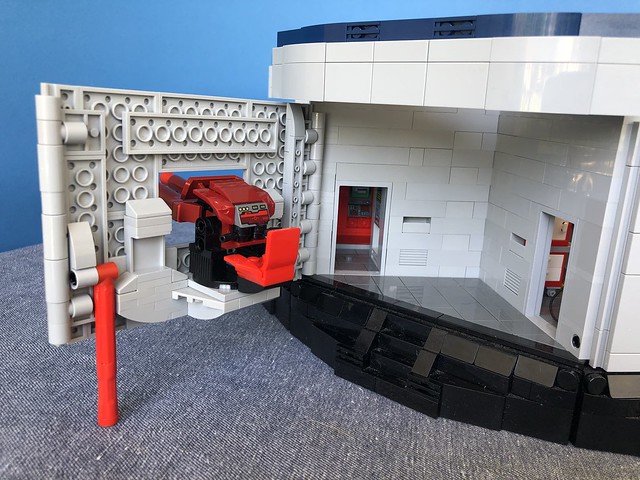 The Firebat isn’t the only vehicle launching from this base. A garage room provides the Cobra Ferret ATV with all the gas and gear required to send Cobra Troopers on short range land missions. 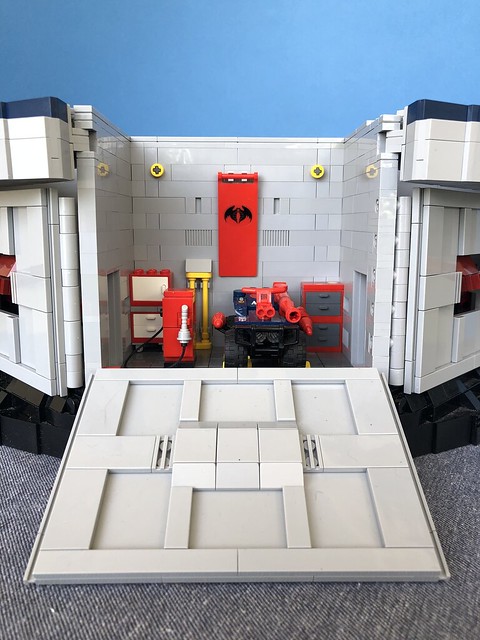 The final room of note is the combination prison/launch command. The holding cell is a carry-over from the original toy, but the addition of the computer bay atop the cell is another of Big Easy Brick’s brilliant additions. 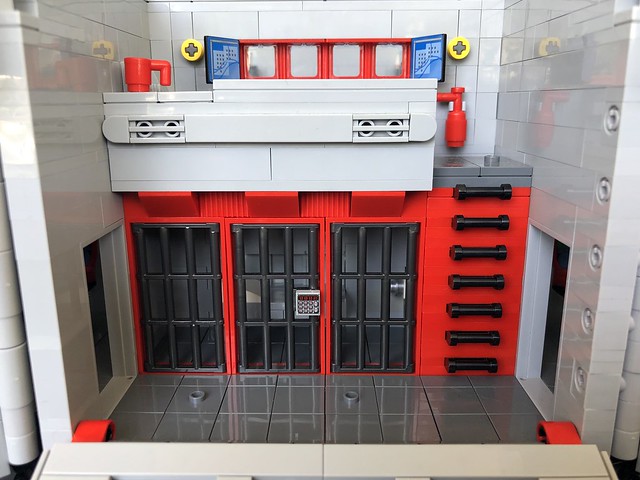 The computer bank on top of the prison has space for three minifigures and a series of windows that look into the launch tube. 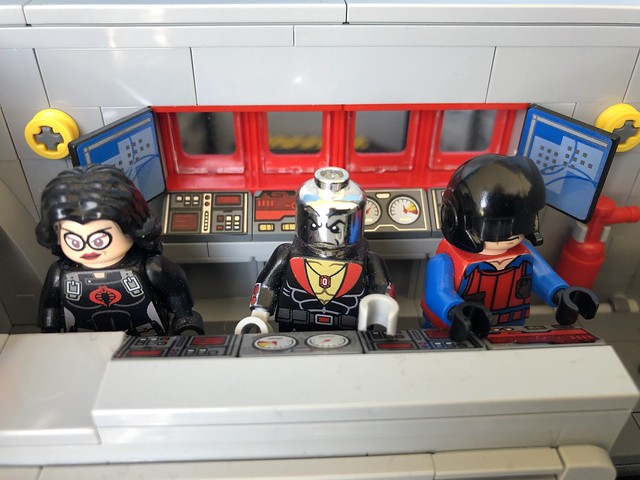 The prison cell holds captured G.I. Joe members until Cobra Commander can decide what must be done with them. Certainly ending up in here means you’re done for… 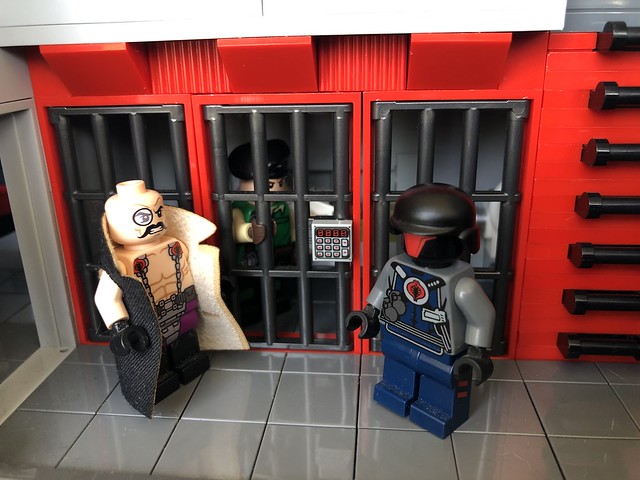 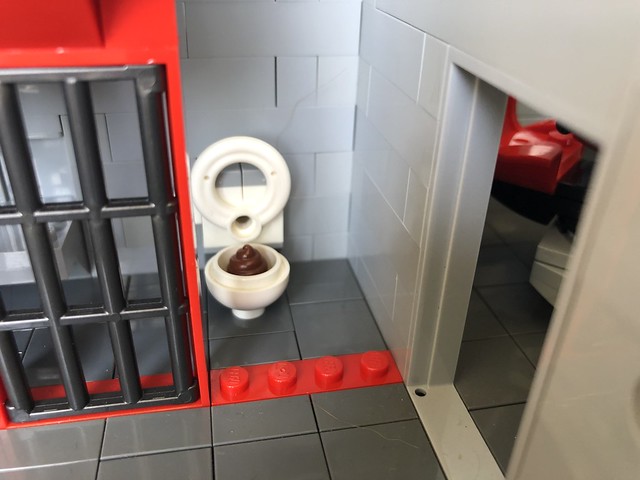 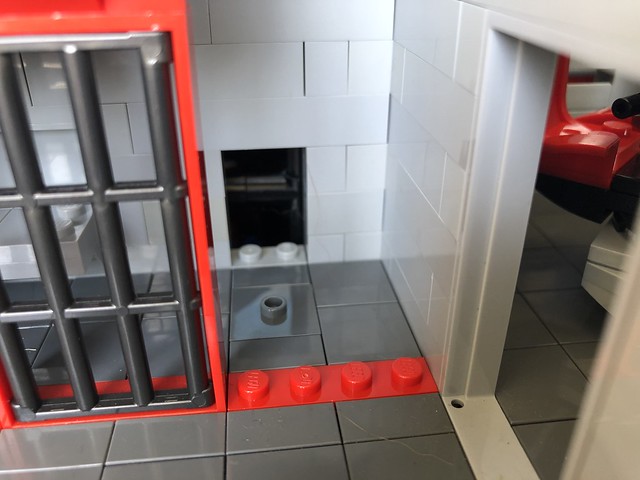 Now, let’s hijack that Cobra Firebat and get this intel back to headquarters. Yo Joe!

3 comments on “This 9,500+ piece LEGO Cobra Terror Drome will have G.I. Joe running for cover.”