No, you read that right. This incredible build by Student Scissors is actually the Transtector of a human known as Ginrai. Transtectors, if you’re not familiar with the term, are non-sentient Transformers controlled by humanoids, and there’s a good reason Ginrai’s Transtector looks an awful lot like Optimus Prime. But all that is beside the point in appreciating this impressive build. If you want to call it Optimus Prime, go ahead. Truth be told, we did end up getting the Ginrai figure imported to the States rebranded as “Powermaster Optimus Prime.” 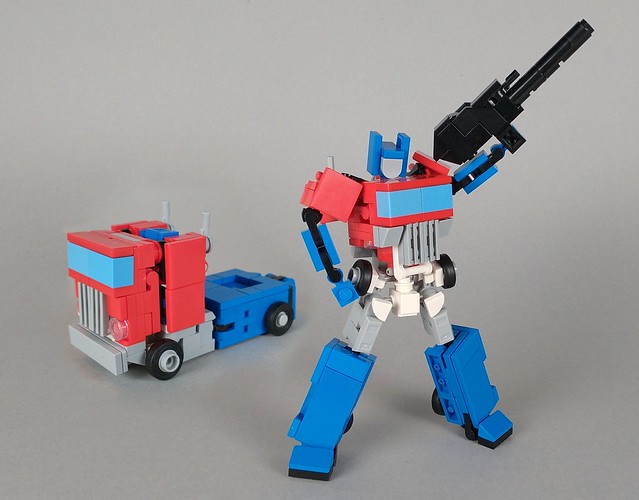 Anyway, convoluted franchise history aside, this fully transformable semi-truck doesn’t just convert into a robot, it also comes with a trailer that the main cab can combine with to form Super Ginrai. That Student Scissors made the combined form possible with enough articulation to put the original Ginrai toy to shame is an impressive feat. That it was accomplished at such a small scale – a truck mode that’s only four studs wide – is extra incredible. 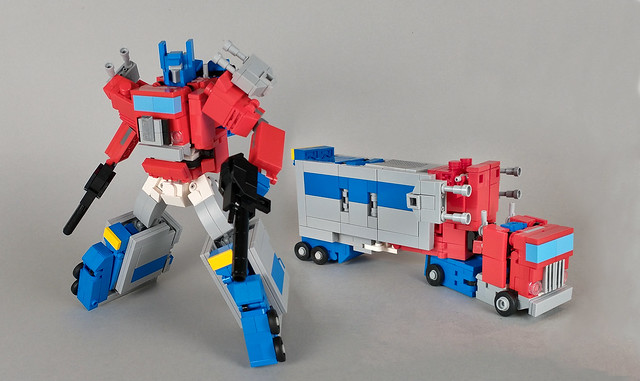 If transforming LEGO sets are your thing, be sure and check out our review of LEGO’s upcoming official take on the Autobot leader.