This July, Thor Love and Thunder is bringing us two Thors for the price of one as Jane Foster returns with a godly upgrade to wield Mjolnir alongside our favorite Asgardian Avenger. Obviously, whenever a new Marvel Cinematic Universe movie is on the horizon, the tie-in LEGO sets can’t be far behind. And LEGO is starting off with two Thor sets for a two Thor movie. We’ve already peeped a look at set 76208 The Goat Boat. Now it’s time to tackle the smaller set, LEGO 76207 Attack on New Asgard. Is this a worthy companion to The Goat Boat? Or, like Thor: The Dark World, is this a part of the franchise best forgotten? This 159-piece set will be available on April 26th from the LEGO Shop Online for US $19.99 | CAN $24.99 | UK £17.99 . 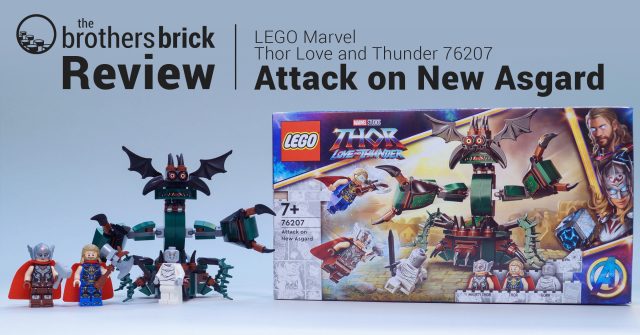 The set comes in a thumb punch-style box depicting both Thors in battle with Gorr the God Butcher and the set’s brick-built monster. The included minifigures are highlighted at the bottom, and both Thors appear as promotional art on the right-hand side. 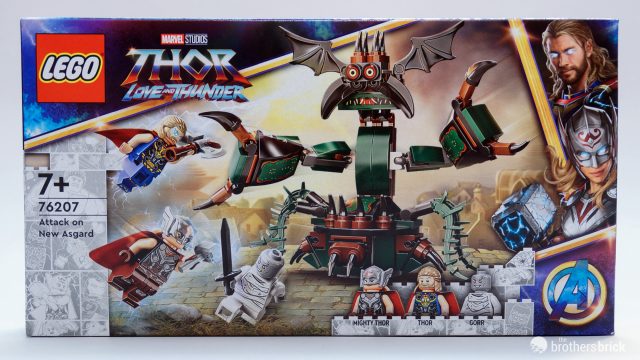 The back of the box features another angle on the battle and replaces the promotional art Thors with minifigure versions of the characters. 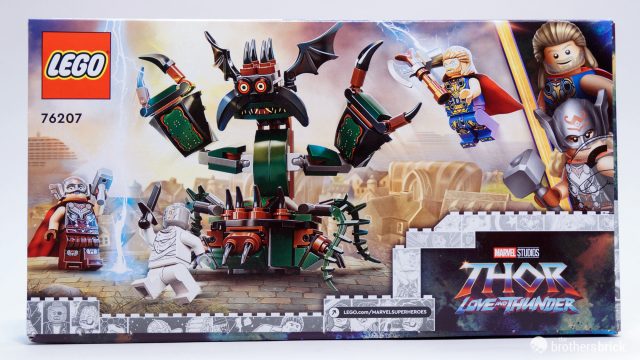 Inside the box are two individually numbered bags, a sheet of stickers, and an instruction book. 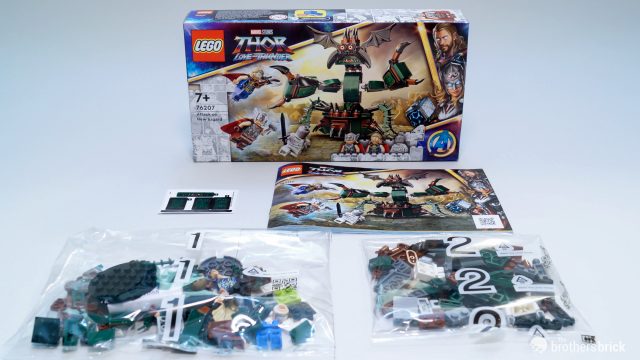 The build here is a pretty simple and straightforward affair. Experienced builders will probably be able to assemble this monster by only referencing the box image. Four Studs Not On Top bricks are arranged around a 2×2 center and then slopes and hinges are arranged around that to create the base of the monster. A system of clips adds vine legs, a torso, and a head. Mixel joints are used to build out of pair of crab-claw-like arms. 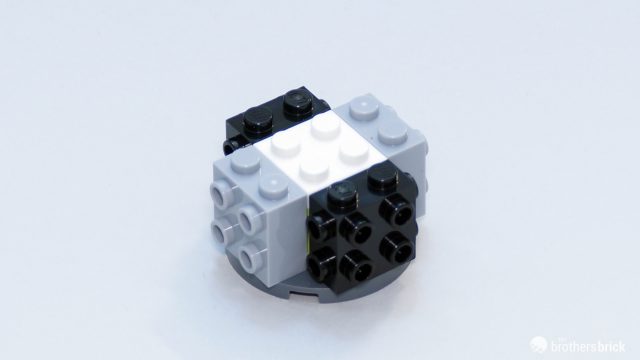 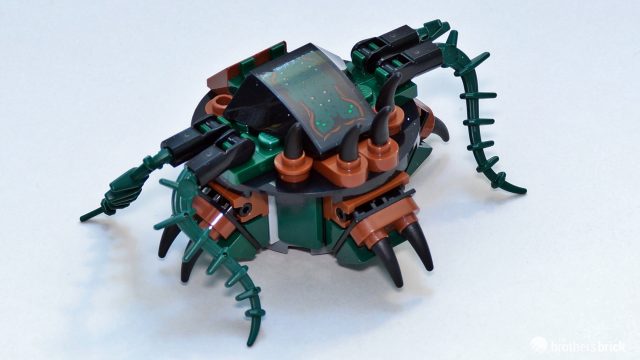 The final model appears to be some sort of plant monster – perhaps the local New Asgard flora brought to life by evil magic? The head makes use of a pair of printed 1×1 round tiles for its eyes, which are the only parts unique to the set. The eyes have an oddly un-organic quality to them, and I can imagine them being used as detail in sci-fi builds or similar. The large base makes for a sturdy creature that will remain upright no matter what position you put the arms and torso in. The monster’s claws can grab minifigures, but that’s about the extent of its functionality. Its vine legs are technically posable, but their size in relation to the larger base makes it difficult to notice any variation in their positioning. 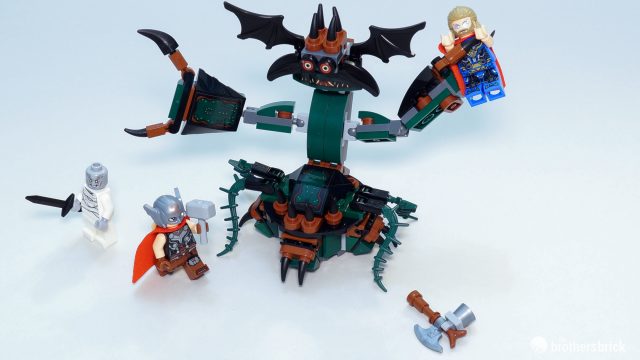 It’s hard not to compare this set to 76205 Gargantos Showdown. That was also an MCU tie-in featuring three minifigures against an otherworldly monster. But, at about 100 pieces less, this monster doesn’t feel like nearly as substantial a threat. 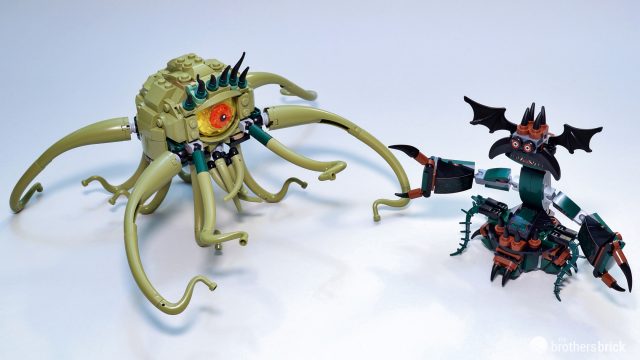 The set includes three minifigures: Jane Foster (billed as ‘Mighty Thor’ on the box), Thor, and Gorr. All three are impressive figures, but each is identical to their appearance in The Goat Boat set. That said, with lots of new printing, new pieces, and new colors, these figures are all worth having – possibly more than once. 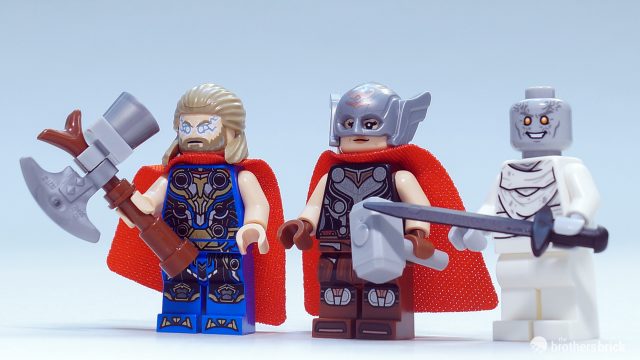 Jane Foster – the Mighty Thor – is sporting her new Asgardian armor. Her accessories include Mjolnir, a cape, and a new winged helmet piece. The helmet is dual-molded, silver with blonde hair flowing from the back. It has a mask portion that covers the top of her face like a cowl, and the minifigures eyes are easily visible through the holes. (I’d love to see a Batman mask done in this style.) There’s also a copper symbol printed on the forehead of the helmet. 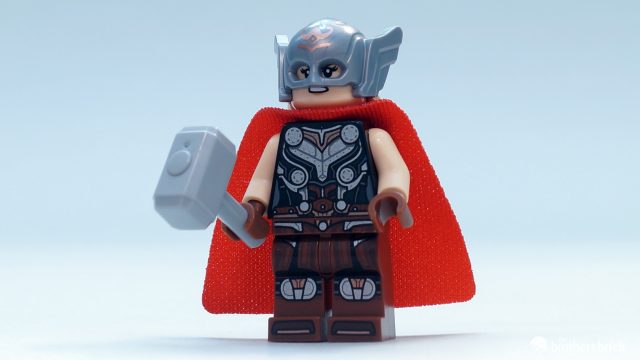 Thor is looking stylish in his new blue armor and new dark tan hairpiece. His accessories include a cape and his Stormbreaker axe, built slightly differently from previous versions. 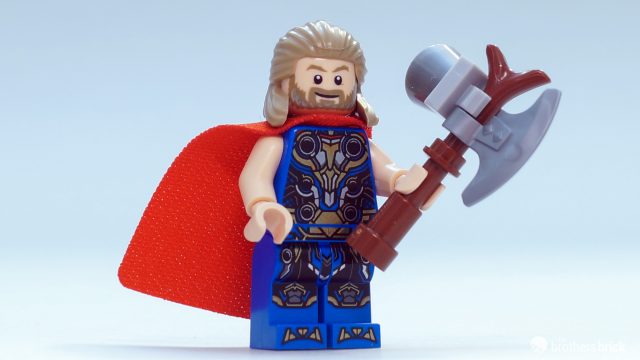 The main villain of the film, Gorr, comes dressed in some mummy-like rags and carries his black sword accessory. 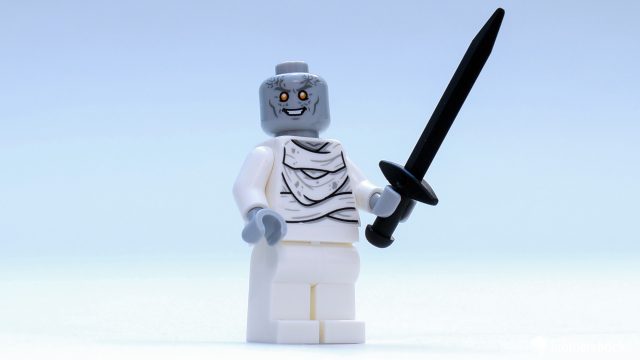 This set will be a great fit for younger MCU fans who might not be ready for a set as large as 76208 The Goat Boat. But older builders will find the main build a bit lackluster. Its one saving grace is that it’s a more economical way to get the included minifigures. But anyone picking up The Goat Boat will get the same minifigures, which makes this set largely redundant. 76207 Attack on New Asgard contains 159 pieces and will be available starting April 26 from the LEGO shop online for US $19.99 | CAN $24.99 | UK £17.99 . It may also be available on Amazon and eBay. 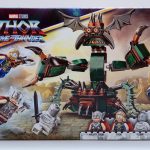 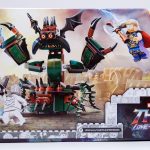 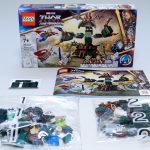 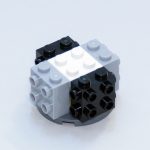 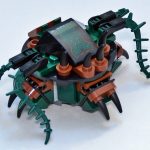 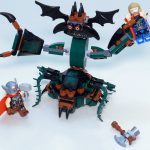 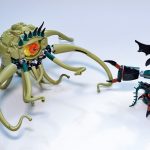 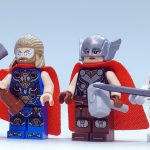 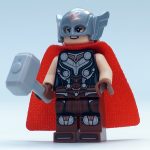 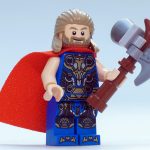 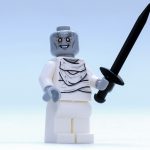 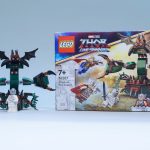