Three is company, but four with a Ringwraith is a crowd. Coming from builder Thorsten Bonsch, this LEGO scene is the fifth build in a series taking on the legendary world of The Lord of the Rings. Depicting moments iconic to both the films and the books, these builds favor the books in the details. That’s why we see three instead of four hobbits–Merry didn’t join the group until the next chapter! Thorsten returns to this story moment after ten years away, though this time at a much smaller scale. What makes or breaks a build at this scale are the details, and the details here are amazing! Take a look at those tree roots, how they frame the hiding hobbits and flow towards the leaning tree. The tree takes you to the Ringwraith sniffing out the Ring, but Sam stops Frodo from revealing their location. These aren’t the hobbits you’re looking for, Ringwraith! 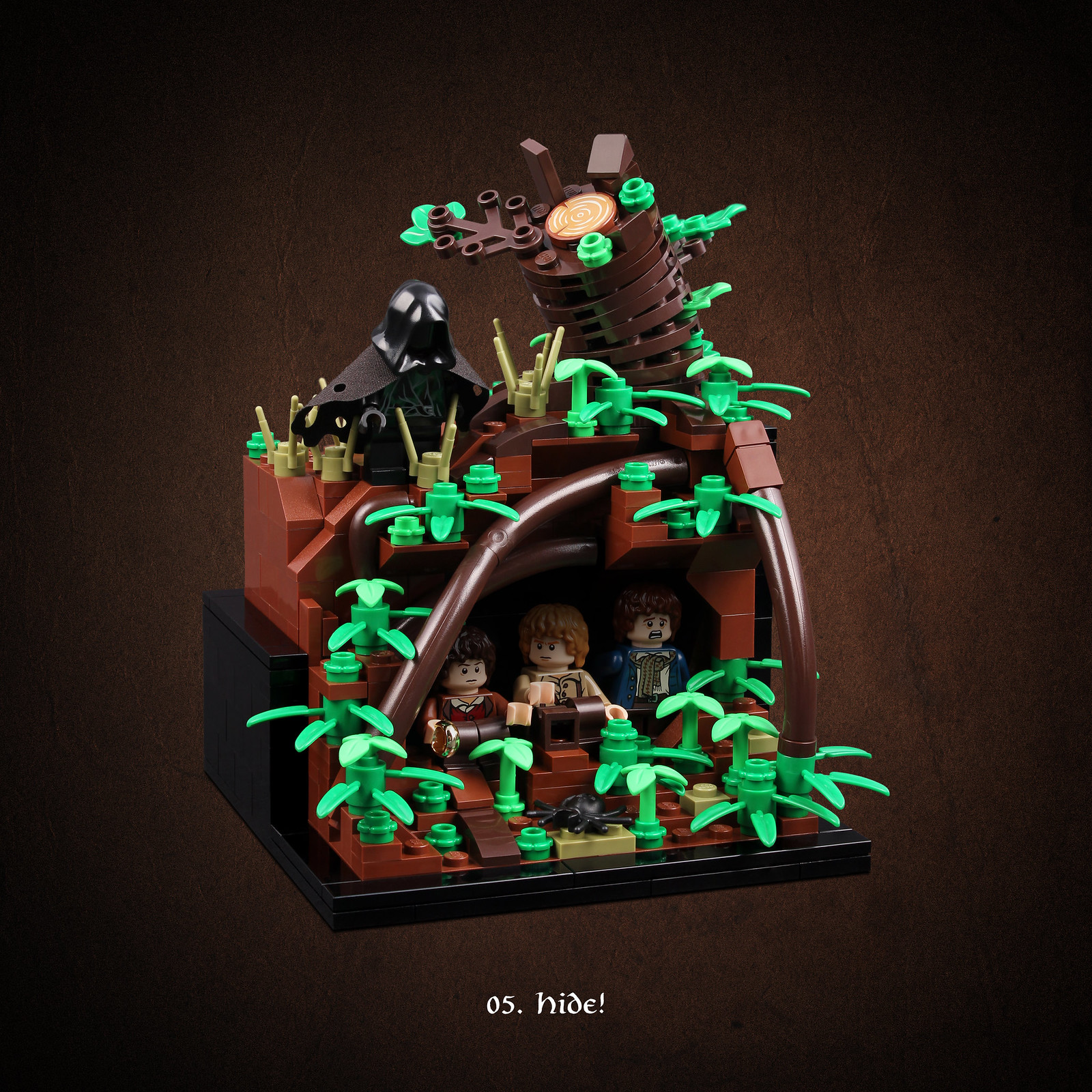 Ten years ago, Thorsten realized too late that Merry wasn’t part of the group of hobbits hiding from the Ringwraith pursuing Frodo and the Ring. This time around, the mistake is corrected with Frodo, Sam, and Pippin in the hideaway. The ten year-old build is quite beautiful, and I recommend checking it out. It’s at a larger scale than this one, and on a steep slope rather than the hollow Tolkien described in the book. Also look forward to the next build in this Middle-earth vignette series! It will expand to other builders once Thorsten’s contributions are finished. I do enjoy a good adventure through Middle-earth!