If you know the struggles of ADHD, you’re familiar with the double-edged sword of hyperfocus. Builder Kale Frost was probably supposed to review the line of new LEGO City Space sets that he was sent but he clearly got distracted. There are a ton of new and rare parts that come with this line, as well as recolors and prints which lend themselves well to the space theme. After tossing out the instructions, Kale dove into the plethora of new pieces and came up with this impressively large cargo freighter. 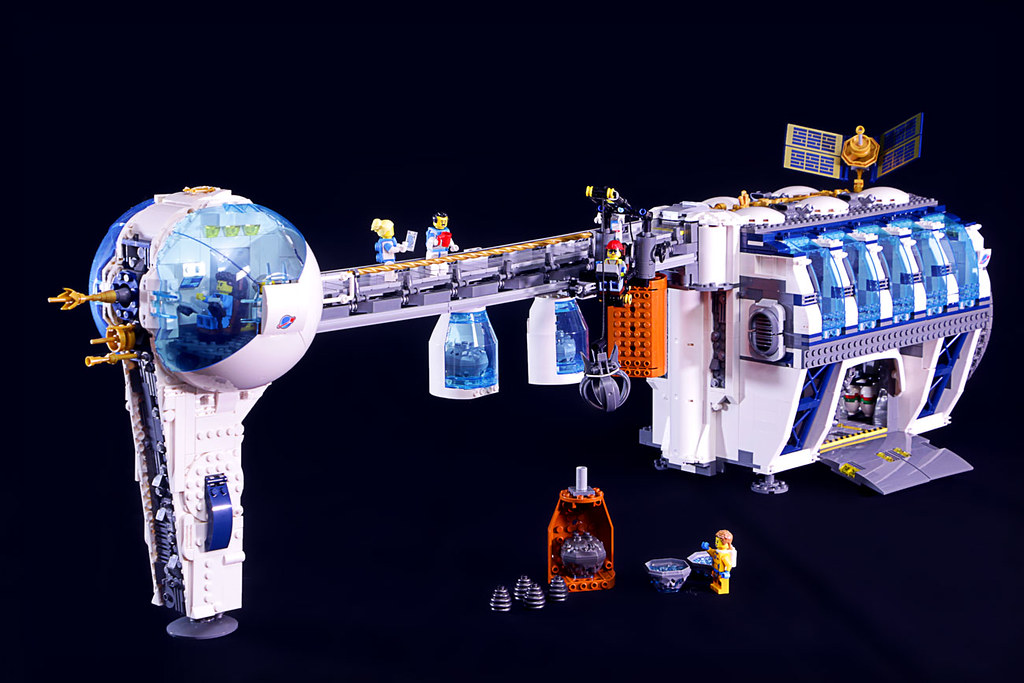 You can check out our review of the rover and research base for some of the unique pieces that Kale ended up using. The first things that most of you will notice though are the big dome pieces at the front end. Pilots and technicians monitor the ship’s sensors and prepare for launch. A detailed blade structure extends below the bridge, providing support for the vessel when it lands. Sensors poke out from the front while a walkway connects to the back section of the ship. 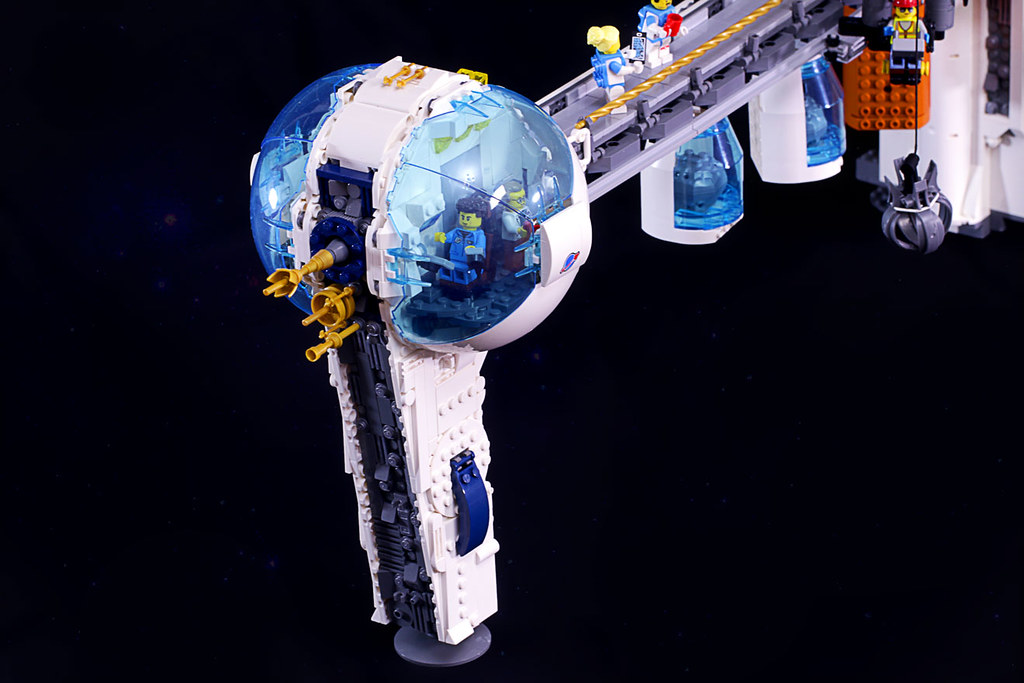 Underneath the walkway are cargo pods that can be removed or loaded with the crane attached to the side. This crane design is extremely satisfying. The freestanding seat with an overhead crane uses the claw elements to pick up and move containers of soil and rock samples. The rear of the ship contains the cargo section, full of viewports and hatches for the passengers within. A large bay door stands open between exposed support structures. 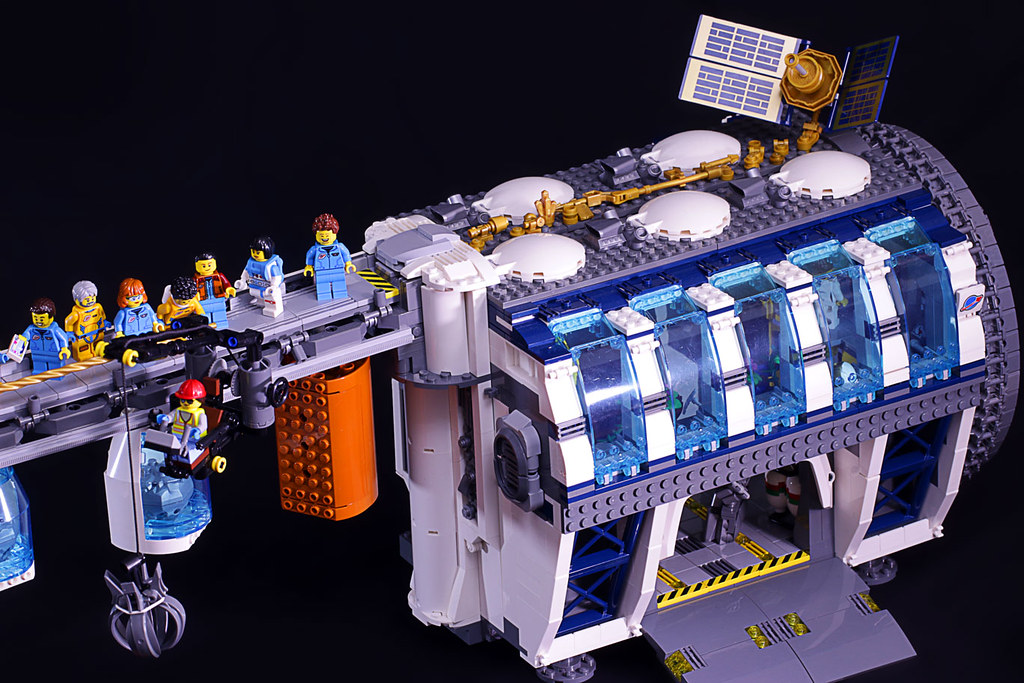 As far as engines go, there aren’t a ton of bells and whistles. Still, it isn’t always necessary for excessive details when subtle serves just as well. Plus, having seven different boosters is sufficient enough. 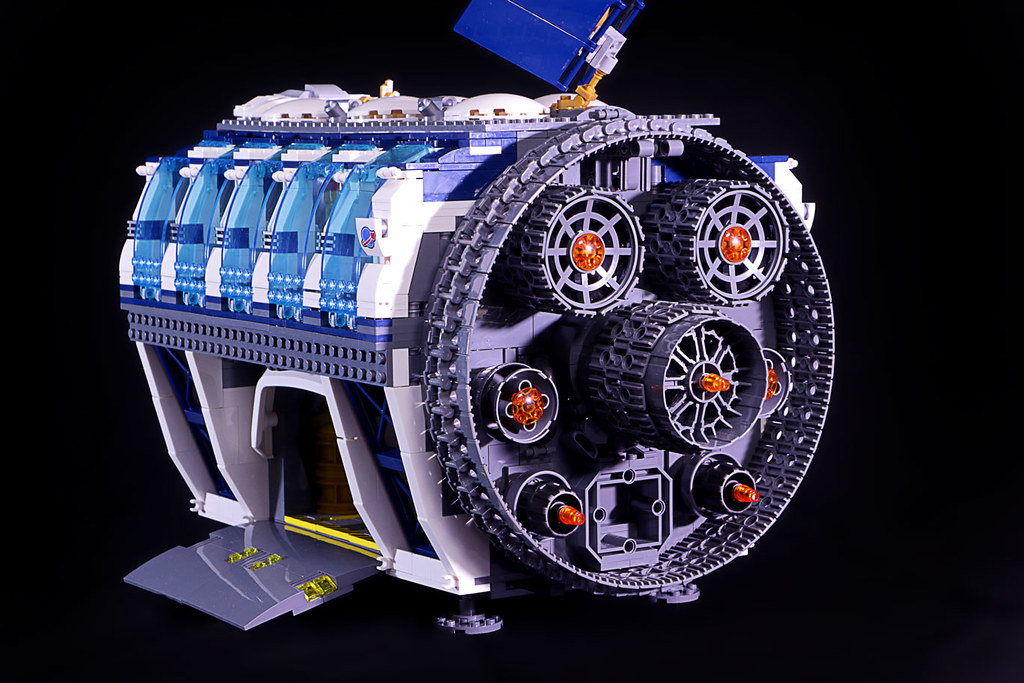 Inside the cargo bay, which can be seen through an exposed section opposite the bay door, the crew runs diagnostics on their equipment. A large robot is controlled and maintained by two astronauts amongst the Octan tanks and large barrels at the base. Another astronaut enjoys the view by the planters in the loft section. 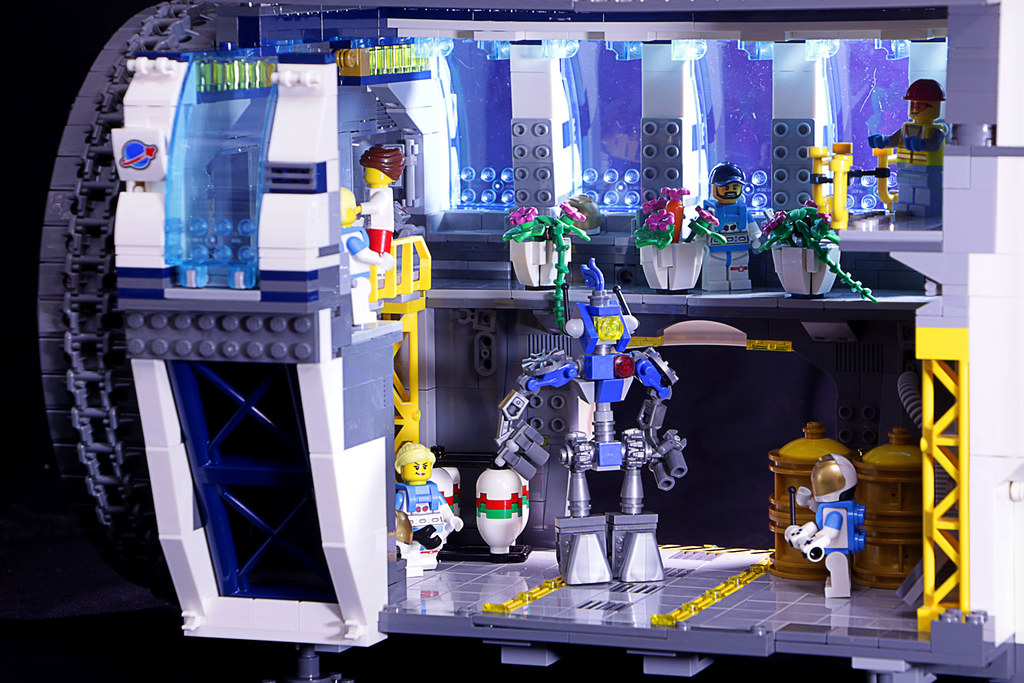 He can blame it on ADHD but the ambition behind such a large build is noteworthy, hyperfocus or not. Those of us that deal with its challenges know that there is no discount to our efforts in such situations. It’s just how we get things done. Kale did wonderfully here, as he has in the past, and I’m sure this won’t be the last time we see him making use of the notable elements in these sets.