The treasure trove of parts in the 10295 Porsche 911 set have made their way into the capable hands of yet another builder. This Transformer by Adrian Drake resurrects a generation one star of the series, Jazz. Originally a Martini Porsche 935 Turbo, this version still shares some of the same body designs as many of the iconic original toys sought after by collectors today. The Porsche’s front end makes up most of his torso while the doors swing out from the back like wings or down with the rest of the body to form the legs and feet. Making a functioning Transformer with LEGO is no easy feat but Adrian sure did well here. 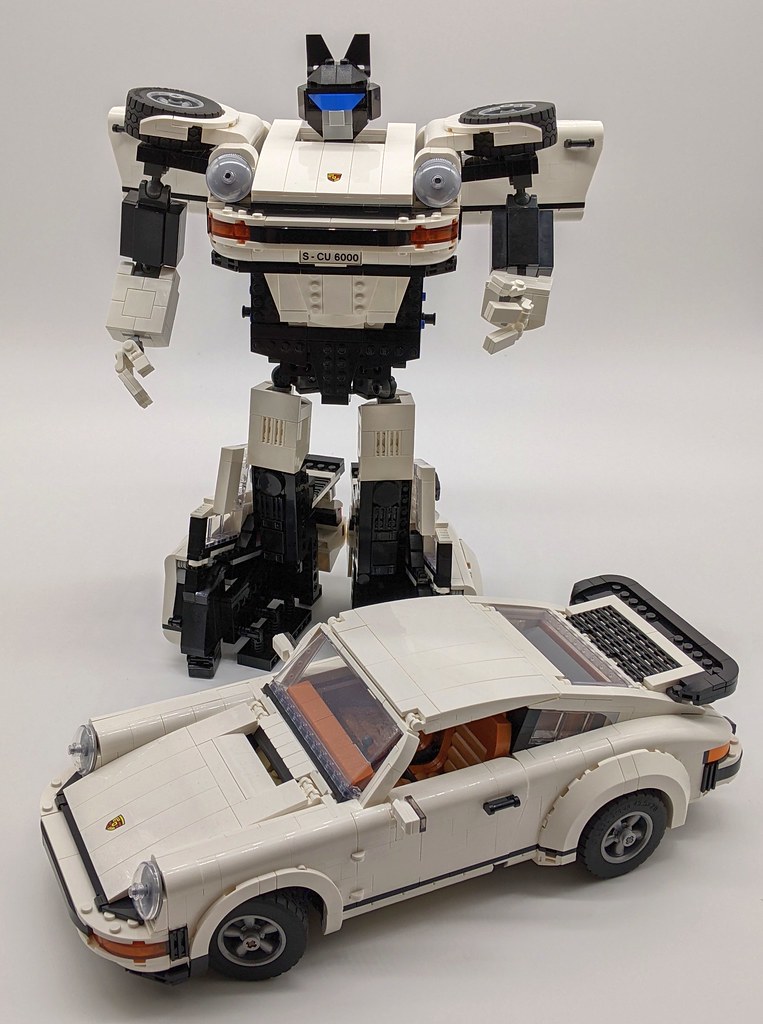 Scale was Adrian’s biggest strength in this model, by far. Crossing LEGO with Transformers seems like it should be easy but there is a major loss in detail for some designs depending on the size of the model. Something this big poses a challenge but makes for a better approximation between LEGO pieces and Transformers’ components. Since most of the exterior detailing was pretty much already there for him, he just had to engineer the interior Transformer-y bits. Breaking the build up into the different body sections definitely had to help. I’m sure he has a toy Jazz of his own that he was comparing this to during the build process to make sure he got as many details as he could. 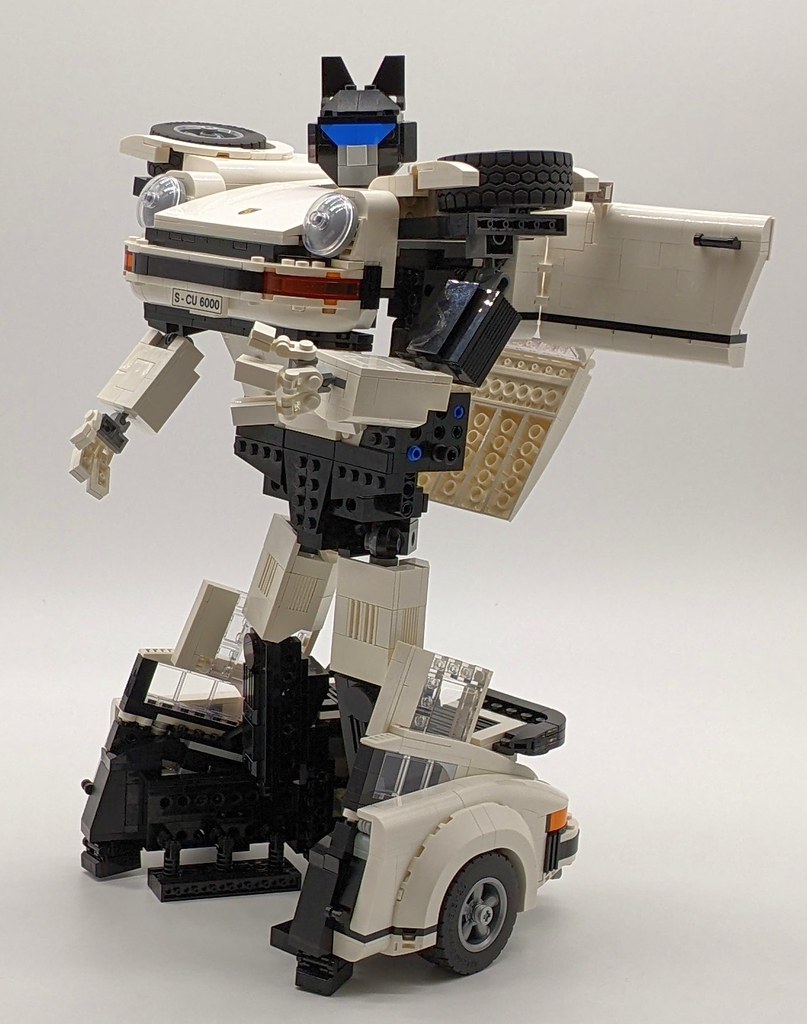 As you can see, it is a functioning Transformer. Here, Jazz is Transformed to match the base model. Compare this with the first photo of the actual 10295 and you can see that Adrian had his thinking cap on for this model. Though he couldn’t fit the interior into the structure of the build, we can forgive him since the exterior is so smooth. 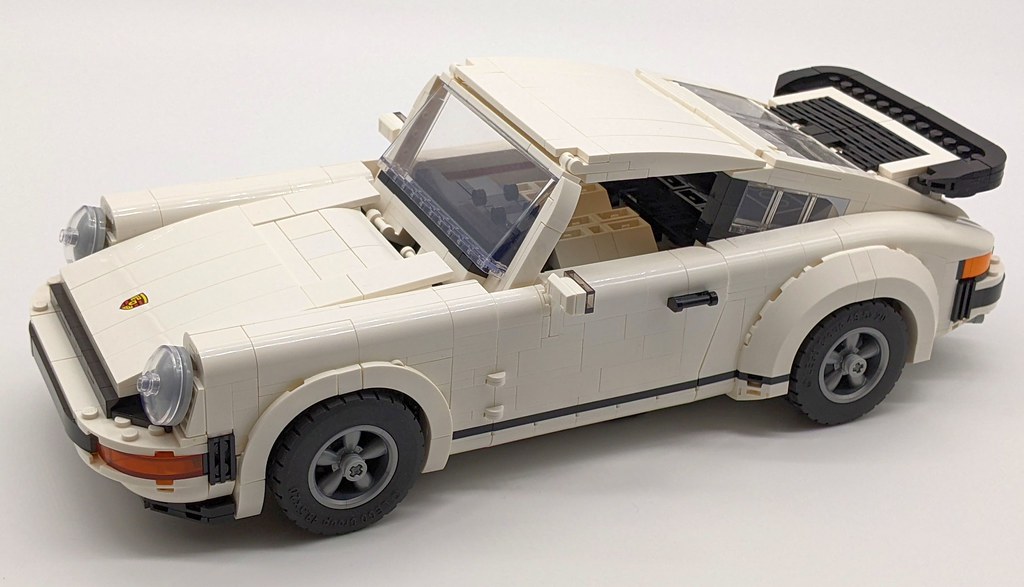 2 comments on “Jazz up your Porsche”