Since before he saw Star Wars: Episode VII – The Last Jedi, Rebel Builder had been wanting to create a First Order AT-M6 walker. The upgraded version of the classic AT-AT from The Empire Strikes Back was revealed to fans before the film’s release. Rebel Builder knew from the moment he saw it what his mission was. Of course, he had to wait to see the movie. And then he had to find as much source material as possible. He spent the next couple of years drawing on behind-the-scenes books, toy models, and theme park reference pics. In August of 2020, he began construction. The final result is a 33.5-inch tall, 31.2-pound model that dwarfs LEGO’s official Ultimate Collector Series 75313 AT-AT. 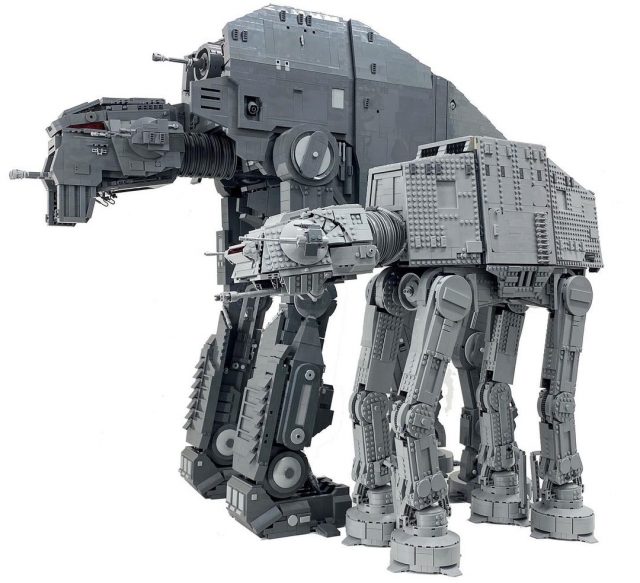 Like its predecessor, the AT-M6 is a quadrupedal walker, and the rear legs are almost identical between the two machines. Rebel Builder has rendered that classic foot design in dark bluish gray. The legs all have a realistic bend but, for stability purposes, there are no hinges. It’s a static pose achieved using a lot of Technic beams and lift arms in the leg interior. 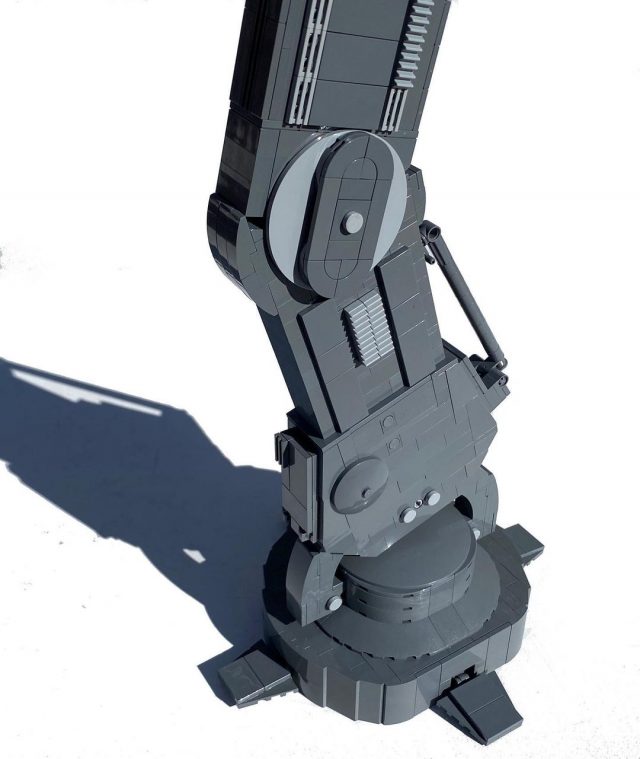 If the AT-AT is an attack dog, then the AT-M6 is a gorilla. And the front legs communicate that with front feet that curve under, like an ape’s hands do when they “knuckle-walk”. This close up of the front foot gives a real sense of just how large this machine is. 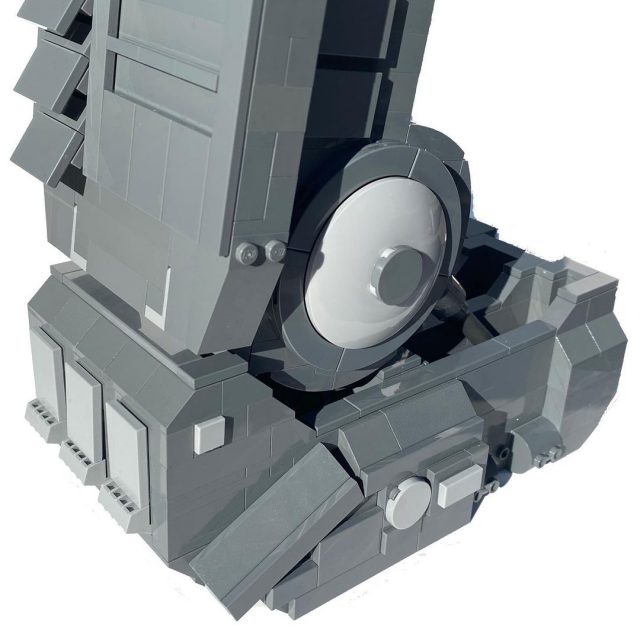 A LEGO creation like this allows a builder to go crazy with the greebling detail. This rear section, in particular, is beautifully done. The lower area uses ball joints to bring together multiple planes made from sloped bricks to create the perfect angles. 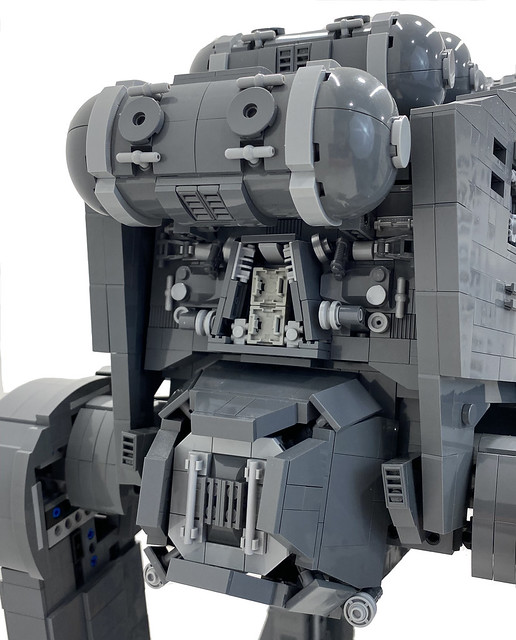 Moving further up the back, we find the fuel canisters that power the AT-M6’s main weapon. Rebel Builder says that he feels this section isn’t finished, just abandoned so that he could finish the whole model. But he could have kept detailing it forever. We think it came out looking gorgeous just as it is. 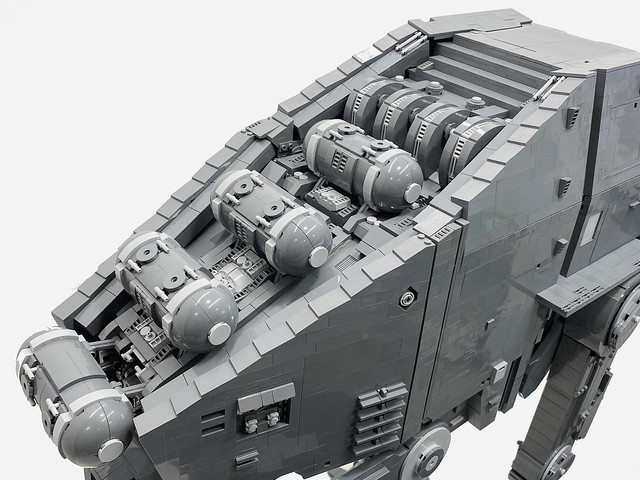 Swinging over to the front, we find the main cannon. This is a reminder that, while the original AT-AT is a personnel carrier, the later AT-M6 is a mobile artillery platform. 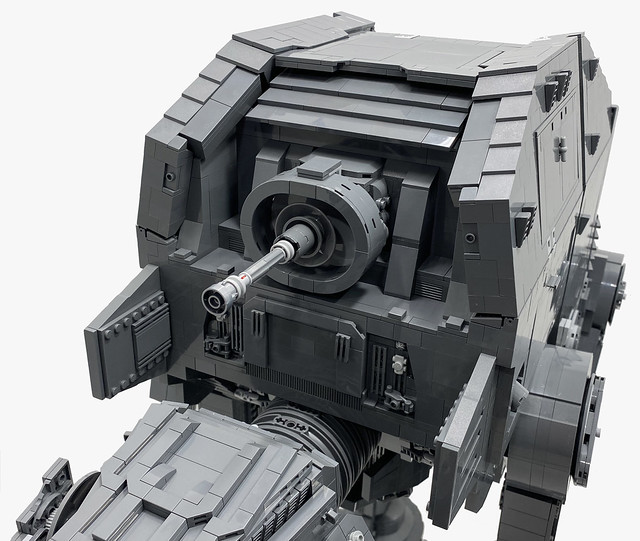 The head was one of the final areas the builder designed, and there was a lot of pressure to get it just right. While the AT-M6 isn’t a sentient being, there’s no denying that the head design communicates a lot of character. The scowling eyes and hanging mandibles of this model perfectly capture the imposing feeling you get from seeing this vehicle in the movie. 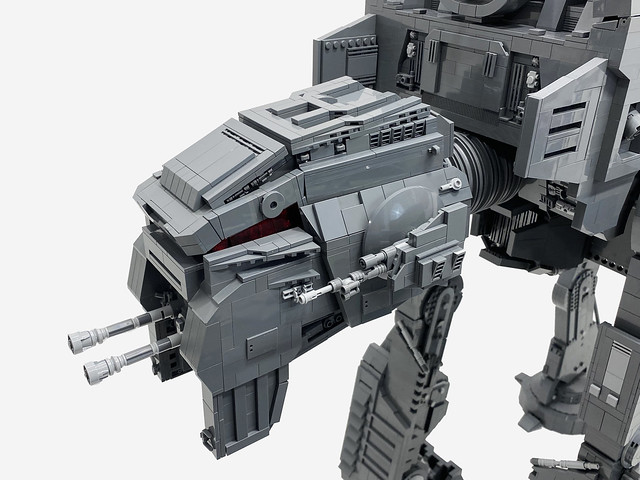 Inside the head is a detailed cockpit, with room for three First Order troopers. Red details are used throughout the interior sections to give the vehicle a little more pop than the monotone exterior allows for, similar to the red lighting we see in other First Order vehicles. 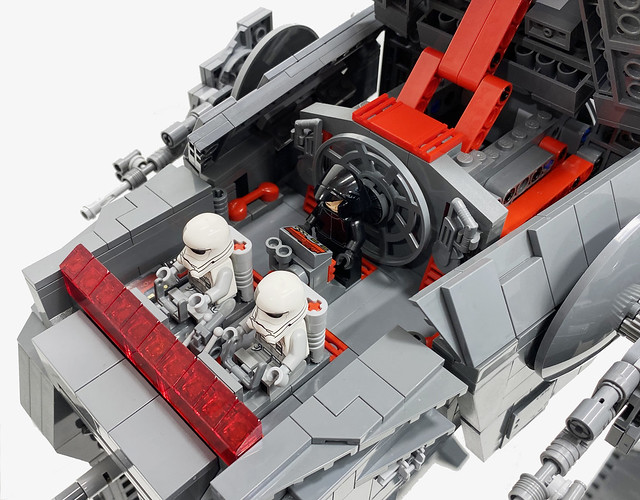 Inside the interior of the main body are two sections. One is an engine room for weapons operation. The computer terminals here were created by Rebel Builder’s daughter, making this build a family affair. 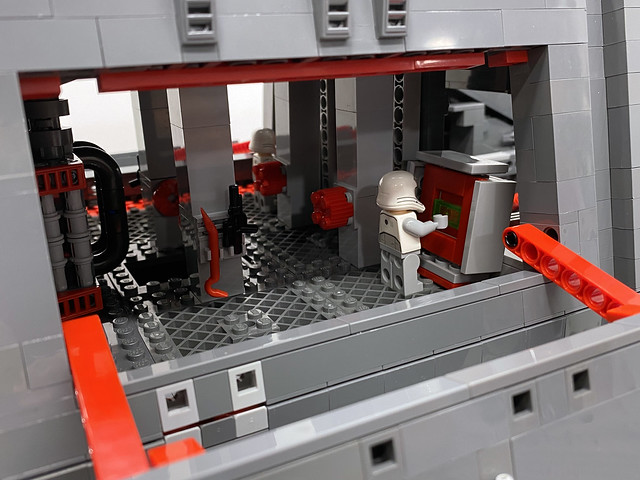 There’s also a passenger section that provides room for a dozen Snow Troopers. 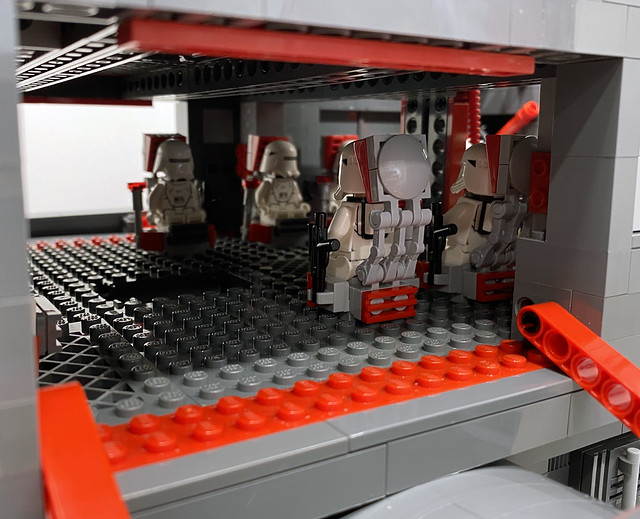 To get a sense of the full scope of this model, Rebel Builder himself walks us through every detail in this video.

And, as if the completion of this model wasn’t rewarding enough, it’s even earned the praises of Kevin Jenkins and Rian Johnson, who served as Production Design Supervisor and Writer/Director of The Last Jedi, respectively. What an honor! 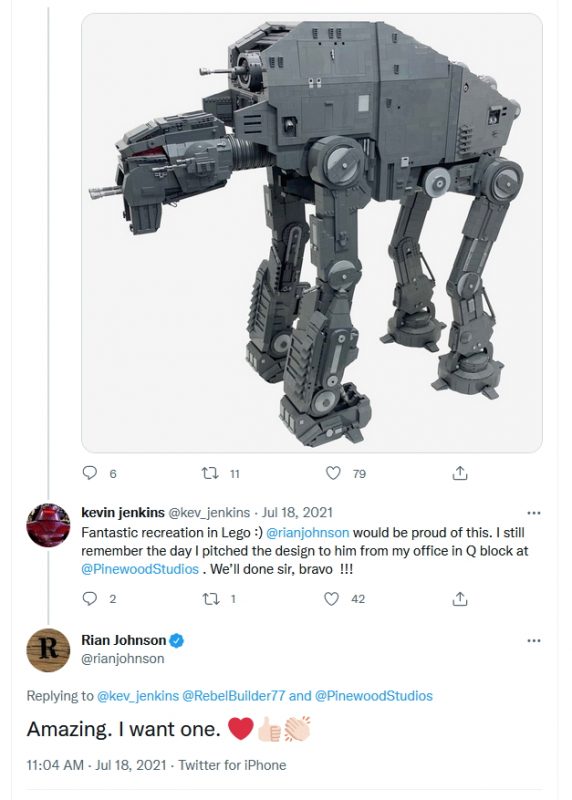