“I’m the Armoured Titan and this is the Colossal Titan…” Truer words have never been spoken (unfortunately). After a year since his last Titan build, builder Funnystuffs finally built another one just in time for the final season of hit anime series Attack on Titan. His Armoured Titan is very accurate to its animated counterpart and instantly recognisable for those familiar with the character. Angular pieces represent bonelike armour plating and dark red underneath shows off sinewy muscle. We expect builds of these titans to be more massive, but the scale here is accurate. This titan stands at 15 meters tall and Funnystuffs did a good job translating that to LEGO bricks. 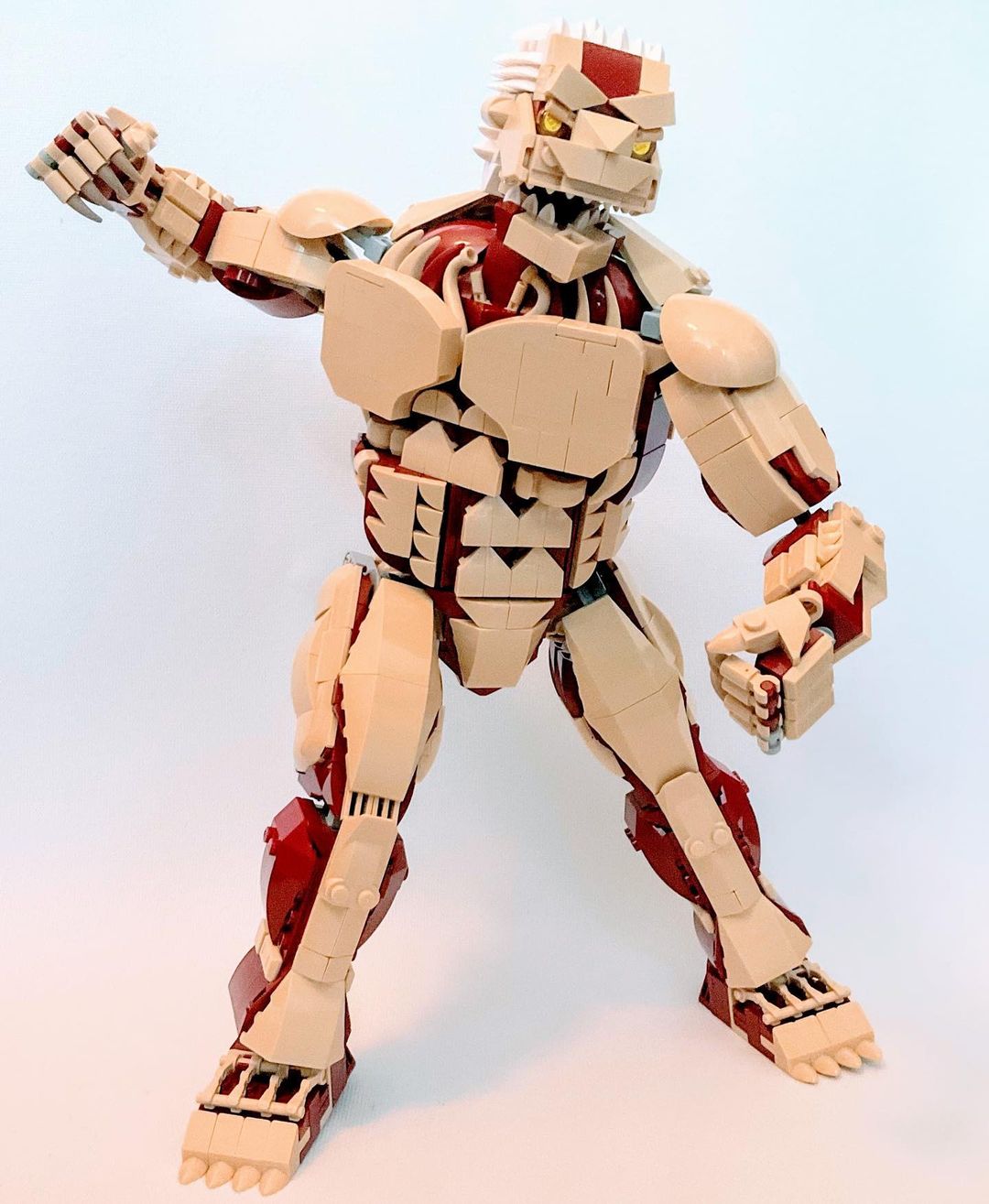 Disclaimer: The pieces here are tan, the lighting makes it look like light nougat.