Why is the start of the new year in the middle of winter? It’s dark and cold out, everyone is tired. Even indoors can be dark and cold, just like this grand high-ceilinged throne room built by Andreas Lenander. After a night of celebrations within his keep, the noble king returns to his throne with a royal hangover to ponder the existential dilemma of ruling instead of partying. Or he may be wondering what’s taking his servant so long to fetch the breastplate stretcher… 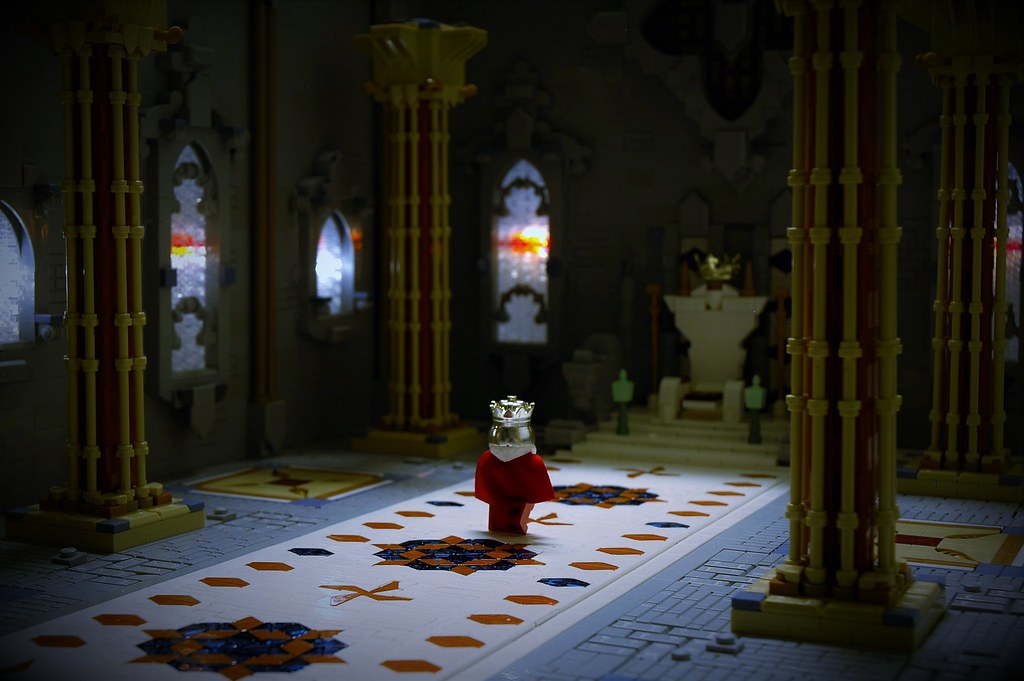 We recently wrote about this grand royal hall, but we decided to use this immersive and atmospheric shot as the cover photo for our social media platforms. Despite my questionable interpretation of the scene (and one too many Bobby B references), the composition of this build and the photo speaks for itself as good storytelling. The king positioned on the white carpet draws the eye to the throne looming in the darkness, prompting the pondering of his situation. Does the darkness mean that his kingdom is in peril? Do the columns signify that the king is trapped in a risky position of power (and he’d rather be spending his life partying with peasant girls)? Ok, I’ll stop now.

Submit your LEGO creations for a chance to be featured across TBB social media for a month! Tag your submission with #TBBme. We will be watching this tag and look forward to seeing the submissions for next month. Check out the submission guidelines and share your builds today.