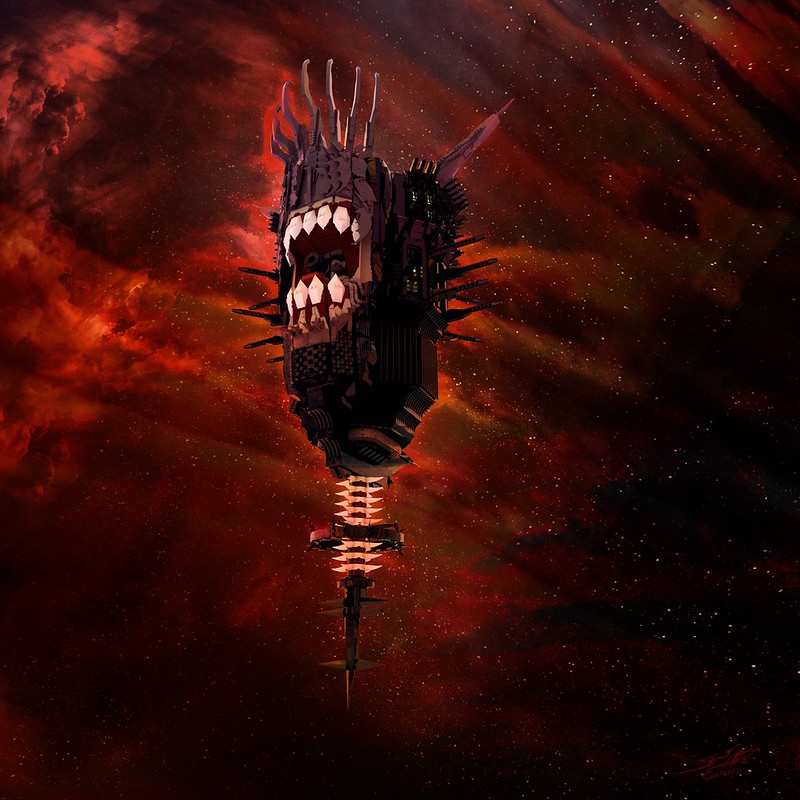 Orc and Uruk-hai grunts work tirelessly, and under threat of death, to operate this dreadnaught. From a building standpoint, this model is a sight to behold. Steven, also known as Ghalad, really knows how to work quickly and inventively with bricks. Wings of various types from dragons to angels make up the mask. Contained within the mouth itself is a formidable Wraith Cannon capable of forcing systems into submission with its ferocious power. Symmetrical piping leading into the mouth to the central cannon is surrounded by dark red with sharp white teeth. The uneven, breaking tan surrounding the mouth is reminiscent of the torn, ripped flesh and gums of the character from the series. 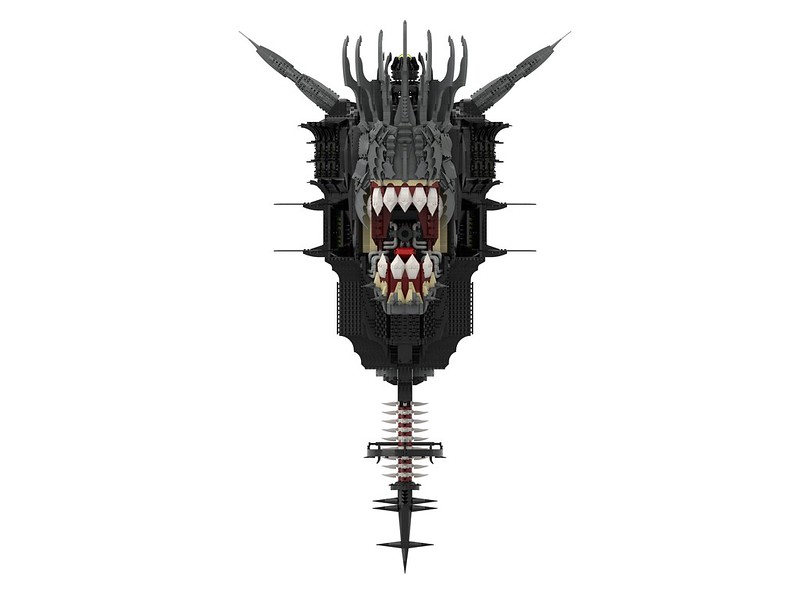 At the base of the architectural structure is the remnants of the spine of the giant terror. White spikes for bones with dark red used for the spinal cord and connective tissue. The body itself is similar to the styles of the Two Towers with sleek lines and a plethora of spikes jutting out from it. 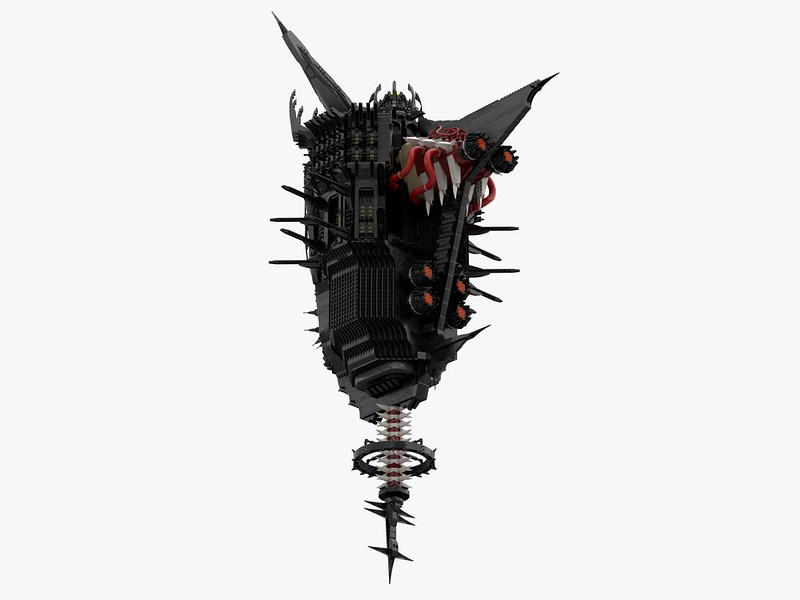 The whole thing is forboding and would be an absolute terror to fall within the range of. The tan skin, dark red flesh and veins, and the broken bones around the leftover brain would be grotesque to behold at such a scale. With six engines driving this undead beast, it would surely close in quickly. Thankfully, it was destroyed by the accomplished pilot, Aragorn, in a salvaged spacecraft built from the remains of his ancestral ship and renamed Andúril. Shortly after, Frodo and Sam managed to destroy the Eye of Sauron blackhole, ending the reign of terror once and for all. Still, the towering spikes and ornate design of the crown are gothic beauties worthy of appreciation. 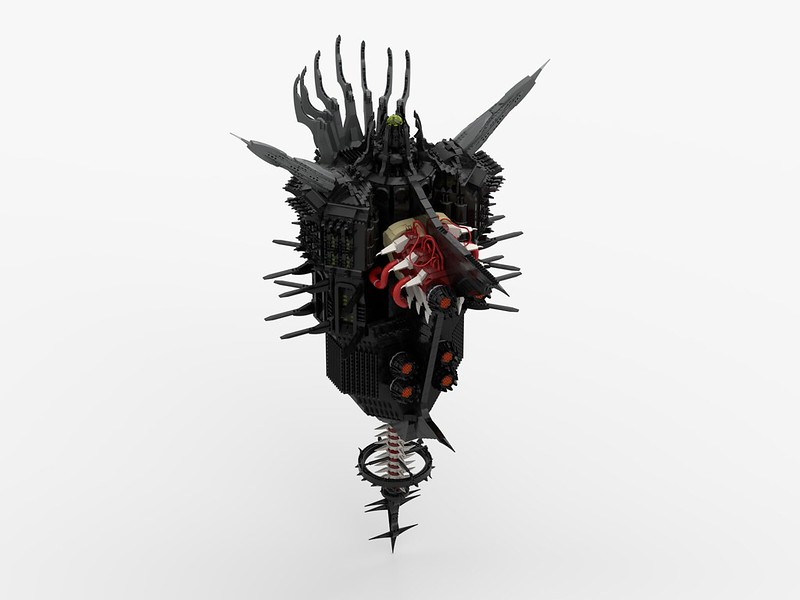 I love the galaxy that builder Steven Howard was inspired to create. It would be wonderful to see more models like this so I hope his gears are already working. If not, I’ll be dreaming about space hobbits and wraith beams for a little while anyway.