With the end of September comes the completed SHIPtember LEGO models created by expert builders from around the world. Builder Isaac Snyder is one of those, who shared his battle cruiser with The Brothers Brick. 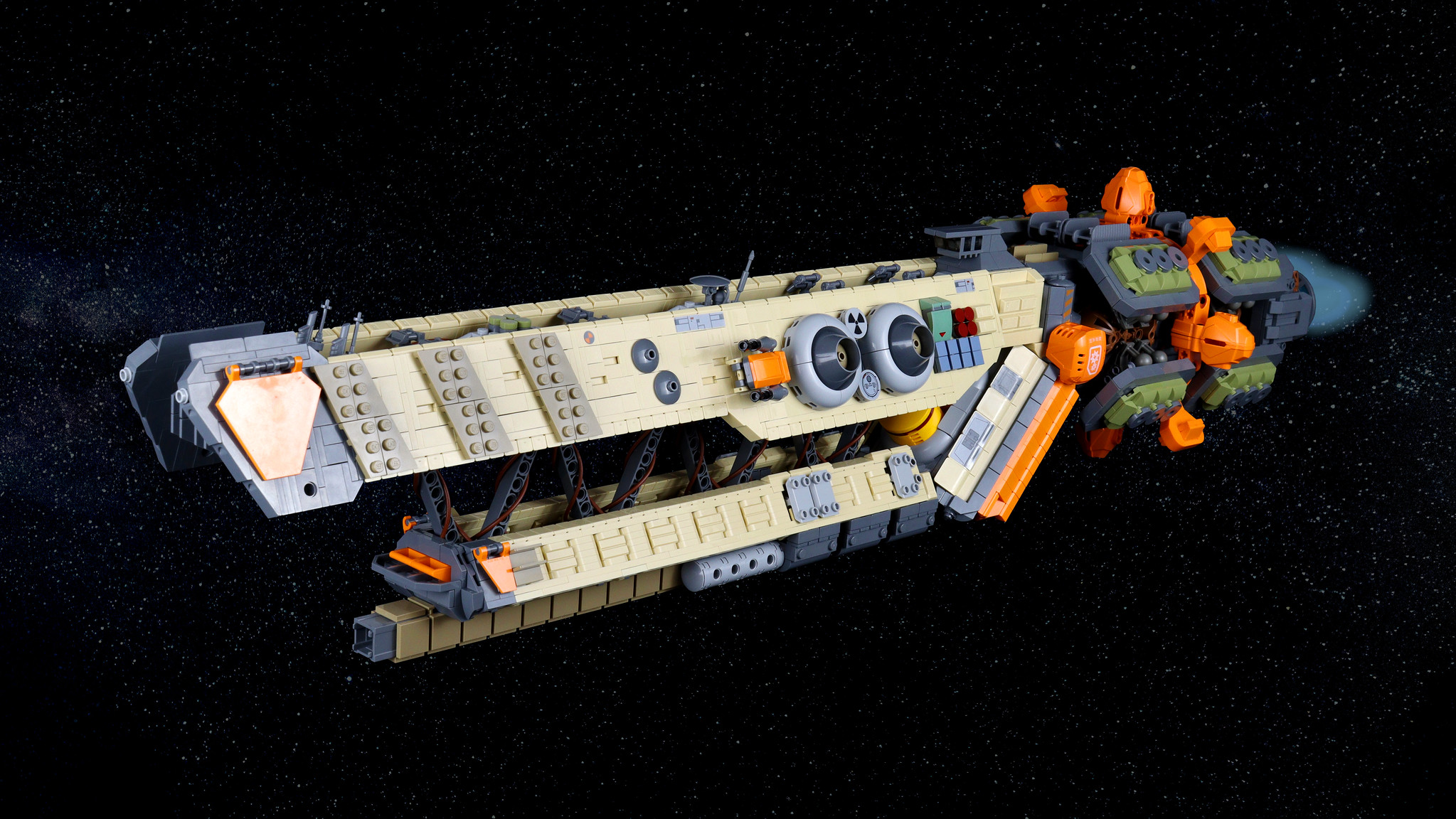 The Commiere Battle Cruiser is ready for battle. In fact, it’s fresh out of the drydock, built during the annual SHIPtember event. This model has a ton of repeated parts but it’s built in a way that doesn’t give off repetition. I love the use of tan, orange, and dark sand-green. These colors contrast so well with the dark grey, especially around the engines. 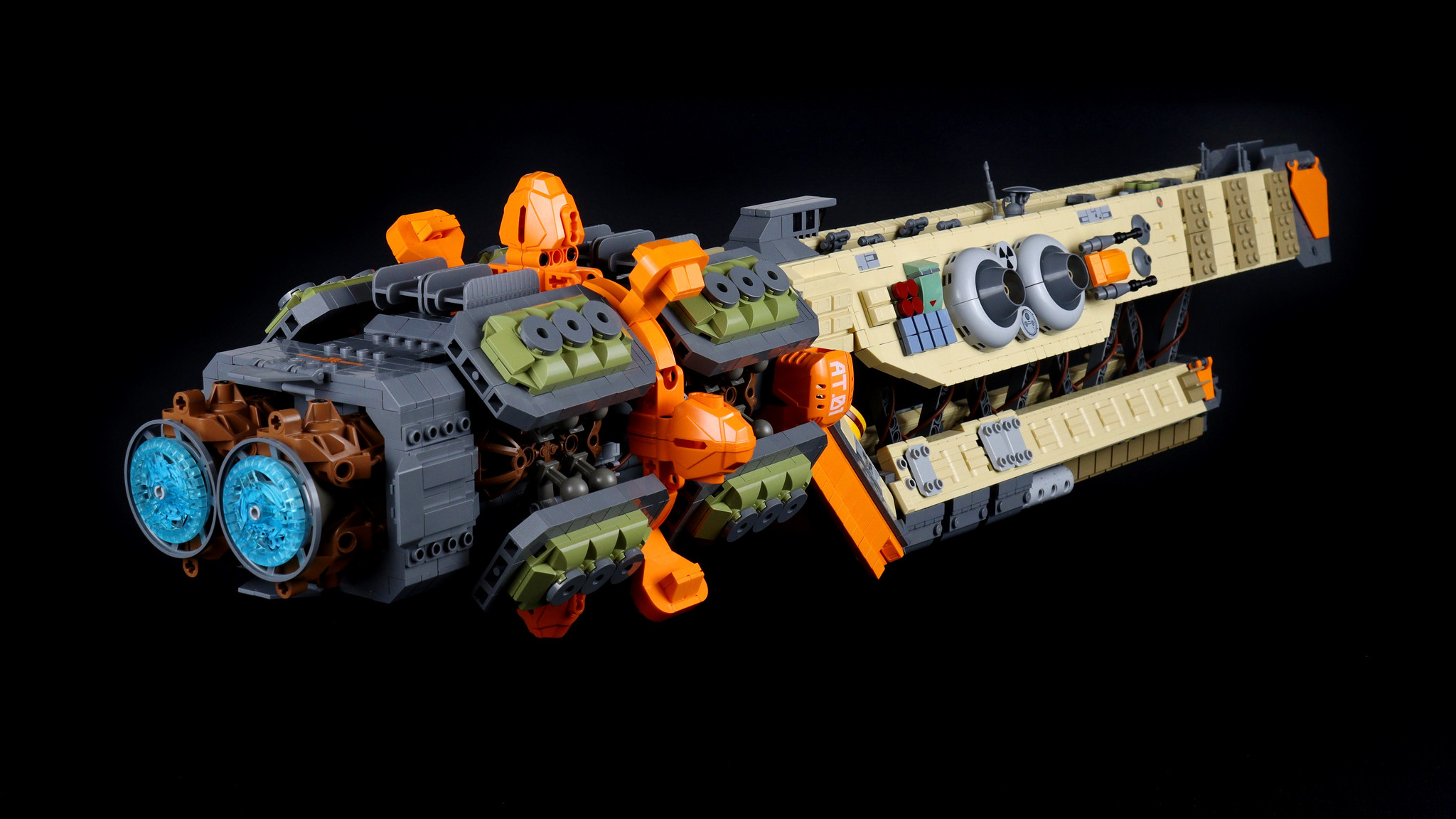 I’m also impressed at the pieces used that aren’t just standard bricks. The engines, for example, are made in part of brown Bionicle torsos. The pointed orange pieces in between the dark sand-green are feet from the Hero Factory figures. It’s a true SHIPtember starship!