Personally, I’m a bit of a caveman when it comes to technology. Working with computers sometimes feels like interacting with a magic tablet controlled by a temperamental spirit that doesn’t like me. While I shudder at the idea of diving into code, I have friends that program games on old computers for fun. Understanding the finer details of the process might not be my strong suit but it’s easy to appreciate the process and results of their efforts. Especially when those friends often build their own computers as well. So I can’t help but think of them when I see a model like this. Builder David Strenzler, otherwise known as Force of Bricks, has built a LEGO version of a Soviet computer from the era of the Apple II and the Commodore 64. Let’s take a look at this beautiful model of the Agat 4 8-bit computer. 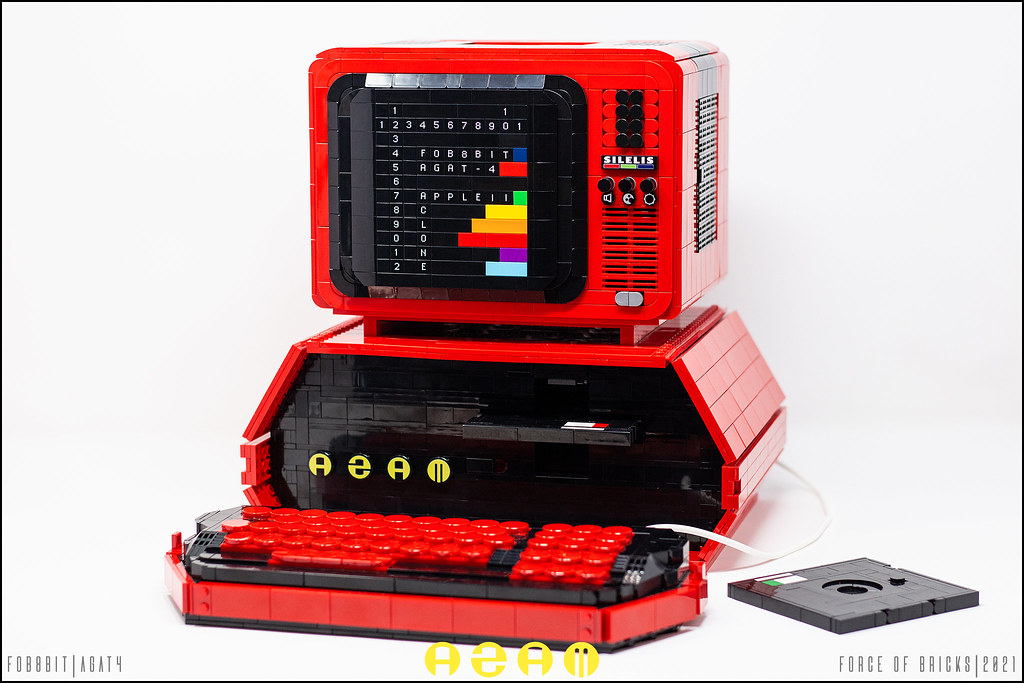 Early models of this computer began showing up in the Soviet Union as early as 1983. Based primarily on the construction of the Apple II with some apparently interesting design changes, this “small Apple” quickly became obsolete in comparison to its Western counterparts. That made the planned $17,000 cost of an export model even more insane than it seems today. Despite all of its downfalls, the quirky history and design of this machine made for a great LEGO model. David clearly spent a long time with this, reproducing as many details as he could down to the printed elements on the back of the monitor. 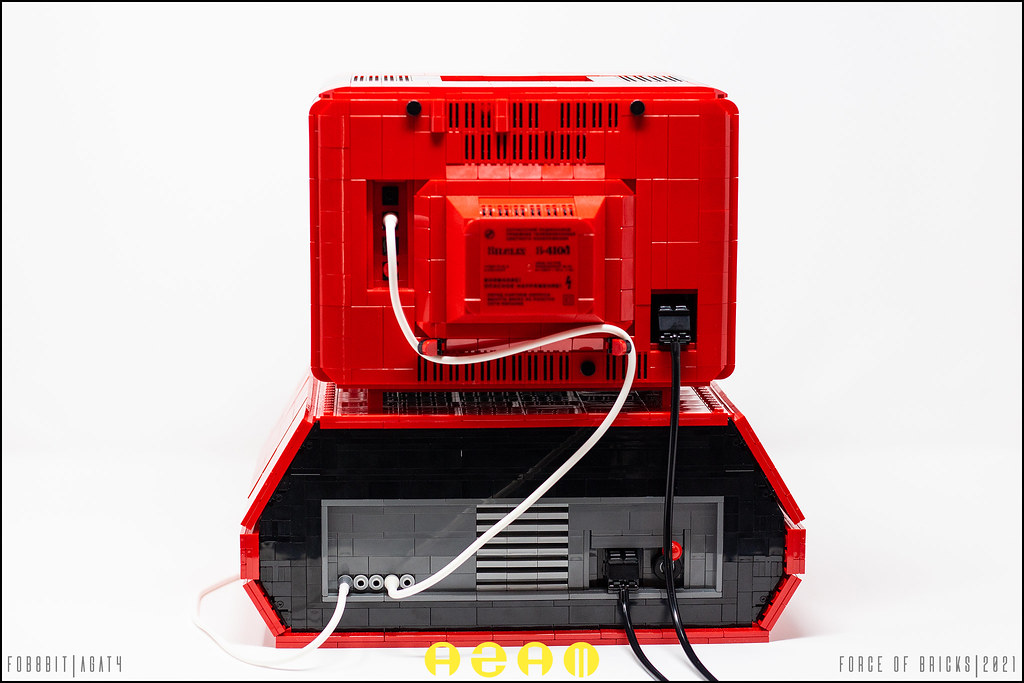 Actually, it should be noted that the Agat-4 didn’t come with a dedicated computer monitor but instead with a standard television connected to the computer with a meter-long cord. Though he didn’t go through the trouble of making the full cord, David did manage to fit in a lot of details from the source material. The screen also features a display made with tiles that lists information about the model, including “APPLE II CLONE.” 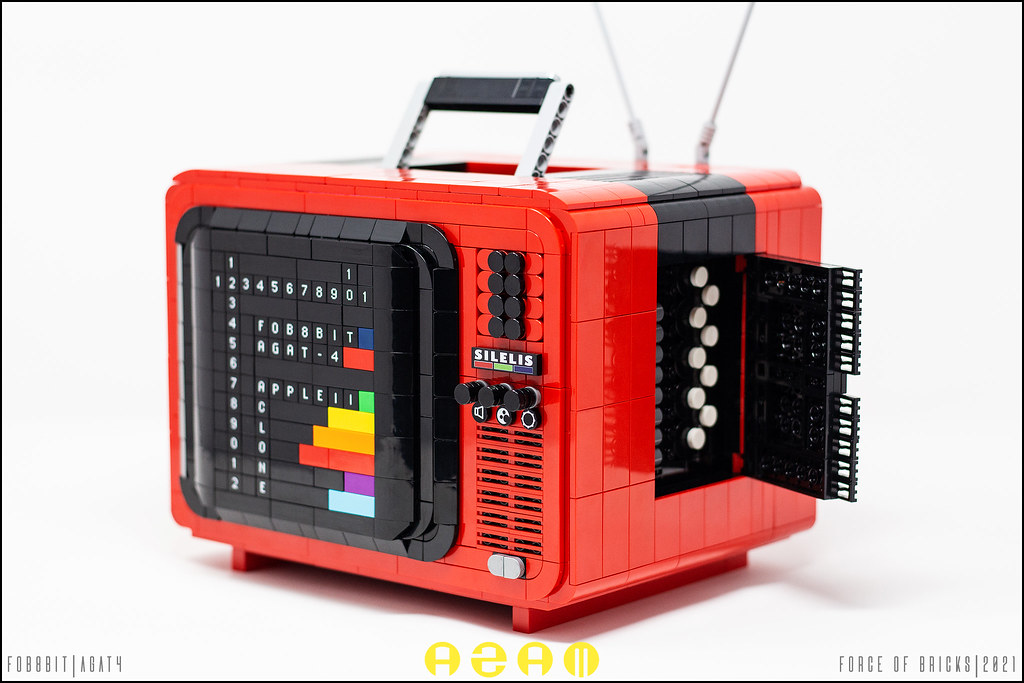 The unique shape of the computer itself had to be fun to build. Its smooth, angular form is virtually identical to the original Agat-4, down to the characteristic red color. The accompanying keyboard has space for Cyrillic and Latin symbols in addition to function and numeric keys. It even stows into the front of the computer to save space! 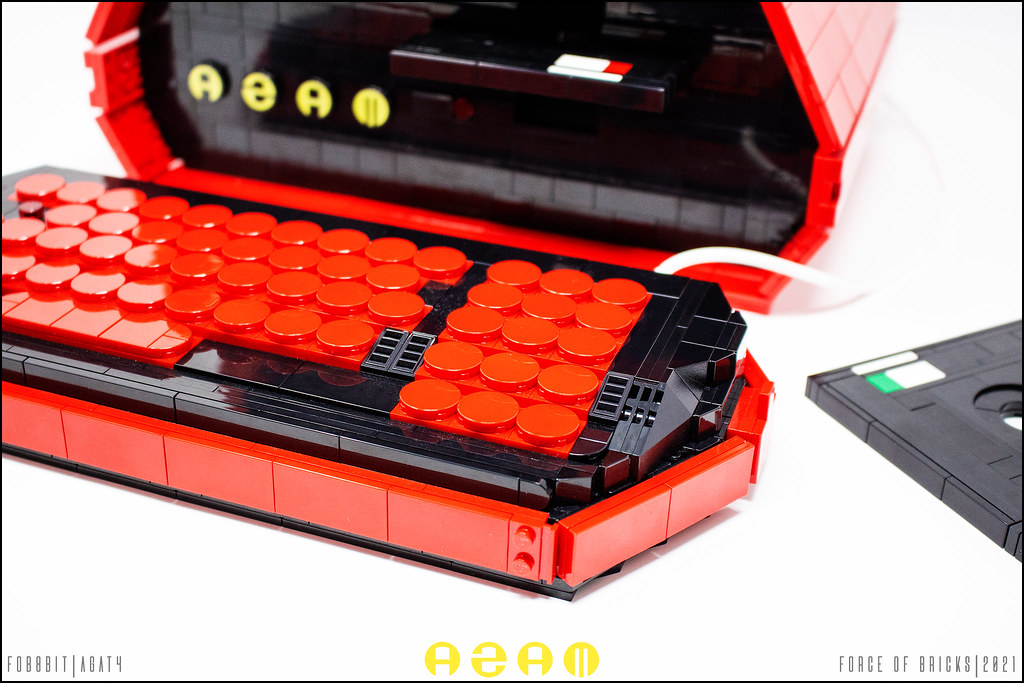 For that extra detail, David made some floppy discs and included space for the drive. The levels of interactivity and attention to detail in this model are a true labor of love. It might be more of a brick than the original “Yablotchko” Agat-4 but it would still look just as nice sitting in your office. 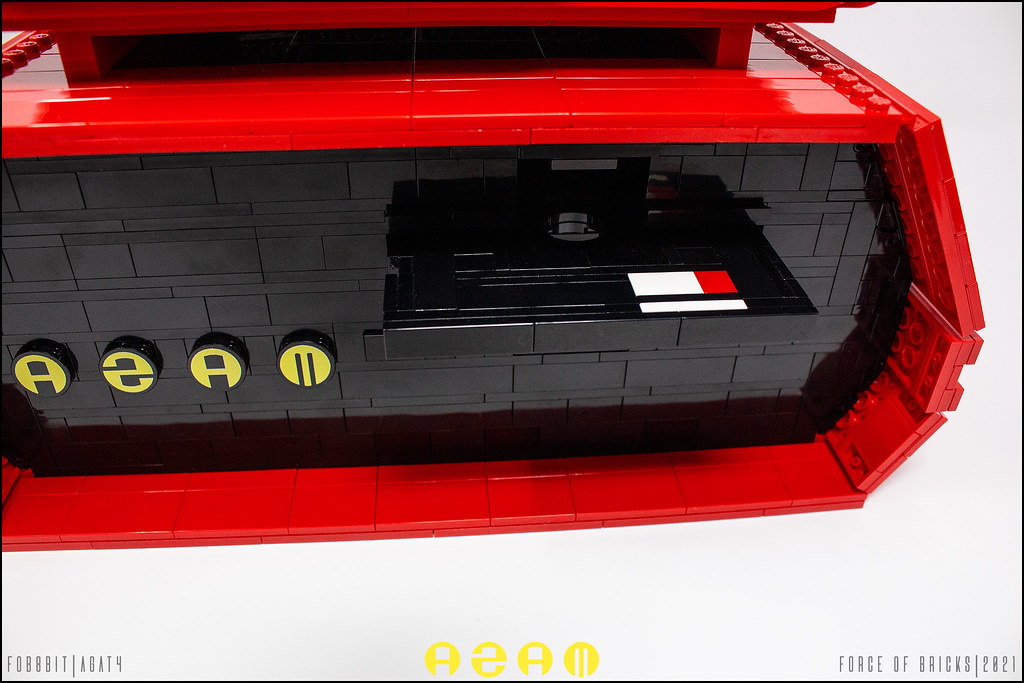