Sporting the Netherlands’ colors in honor of their gold and bronze medals this August, this Miniland-style figure wonderfully captures the motion of a record-setting athlete. Clever building techniques allow builder James Zhan to construct the jersey and shorts into the figure’s body. Nice parts usage in the elements for the hair partner with the positioning of the arms to help sell the feeling that the figure is falling. The figure’s prostheses are posed for the furthest distance while their entire body is suspended with a clear stand. 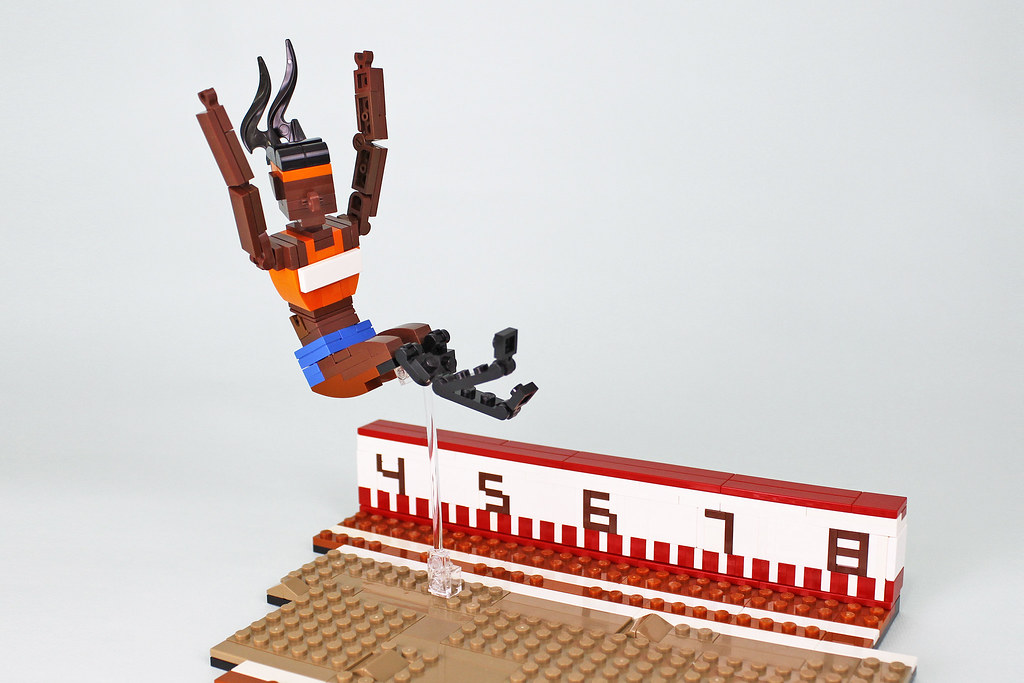 Again, James does well at capturing the form of the athlete in this event. Creating a frame-by-frame play of the Long Jump, in this shot, he simply changes the angle of the arms and prostheses to show the figure preparing to land. I think it shows the power that lays behind how a builder or artist chooses to display their work. 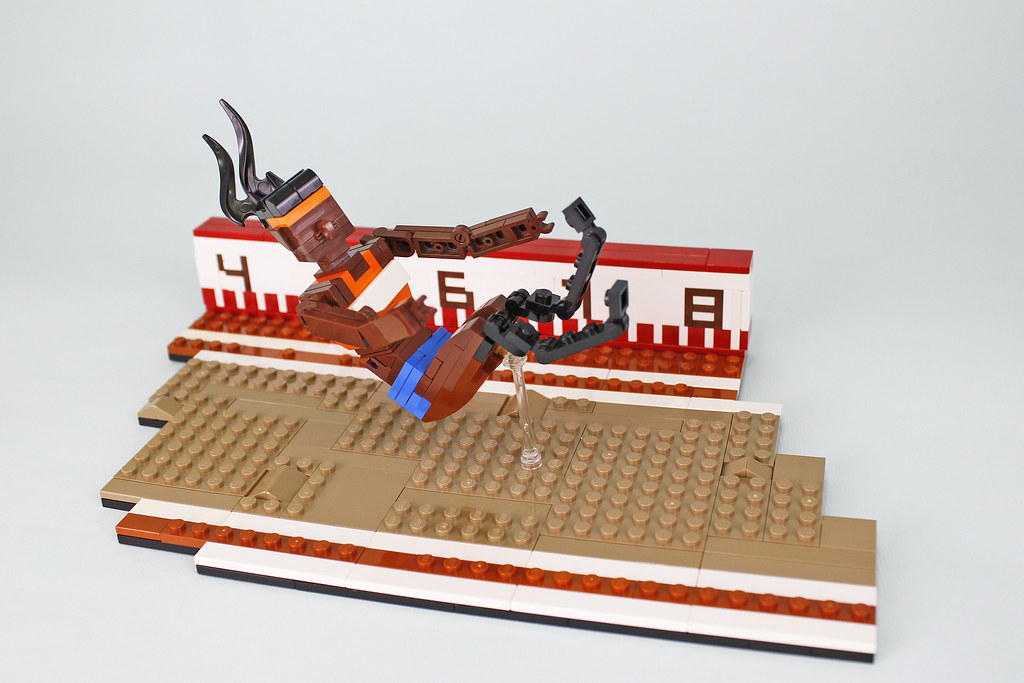 That power is evident in the final frame. As the figure lands, they create an impact in the dirt which the builder cleverly chose to model with slopes and angled plates. This creates an active quality to the stand while also showing off the athlete in the final moments of their victory. Hair settling as their body braces them, the figure seems to have set a record of their own. 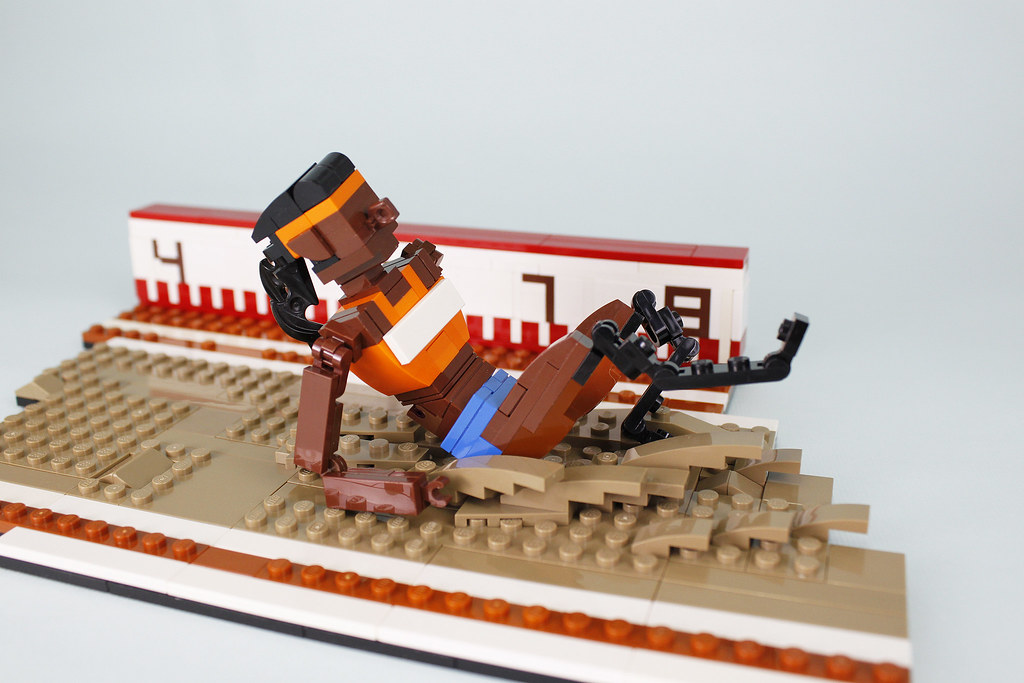