Upon the seafloor walks the oblong mechanical LEGO creation known as the Barents Sea Strider, built by Ivan Martynov. So yes, this creation is based on the actual Barents Sea Spider. And yes, I looked it up. And no, I’m not going to post the picture here. It’s gross and I’m trying not to have arachnophobic nightmares. 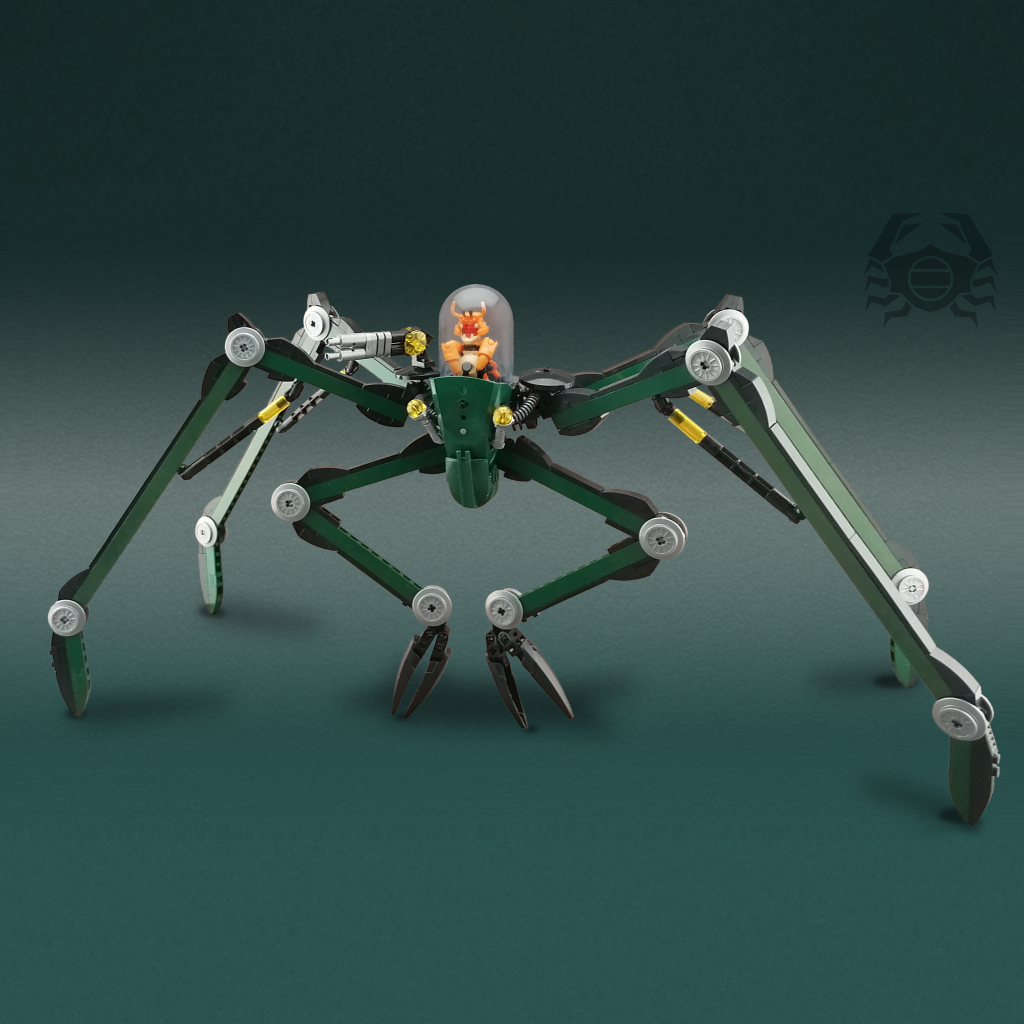 Anyways, aside from the creepy spider it’s named after, this is a super cool build. The long green legs remind me of the Bionicle Dark Hunter Nidhiki set that came out in 2005. I like the gray train wheels (perhaps custom colored) used as the leg joints and the small yellow bricks used in the leg supports (hailing from another brand, like the occupant). It’s the tiny details in every build that make it stand out. I also like that the transparent piece is a dome, giving the robot operator a 360-degree view of its surroundings so it can more easily see its prey. Perhaps this underwater arachnid has plans for a crab dinner?