Both sets were very simple to build and are rather fun to use as home decor. Let’s dive into the pumpkin patch and get into the review. 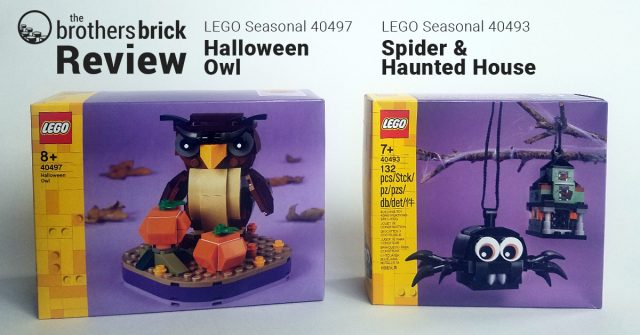 The Box and Contents

Purple and yellow are the most underrated Halloween colors of all time. They work perfectly with the owl and the spider sets. I just love the brickwork on the front of these boxes. It’s a fun and playful look.

The Halloween Owl features the owl and the pumpkin patch platform on the front of the box, giving you a good look at what you’re getting into but without revealing a secret Easter egg (Halloween egg?).

The Halloween Owl box opened by punching a hole along a perforated line, allowing easy access to the bags of bricks and instructions inside. The spider box, on the other hand, was taped shut. Removing the tape damaged the box, but that only matters if you’re into preserving set boxes. 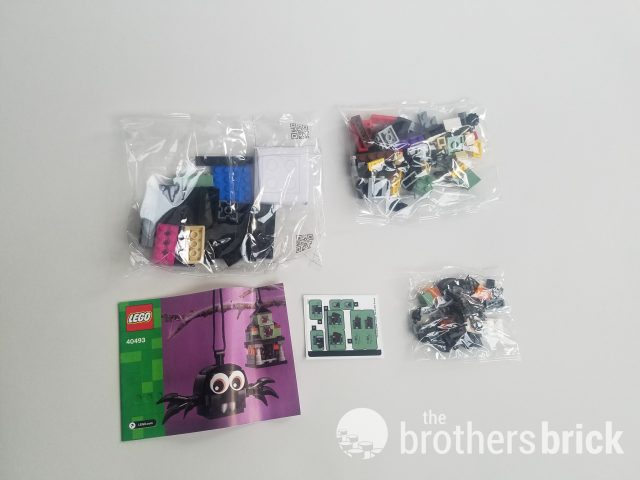 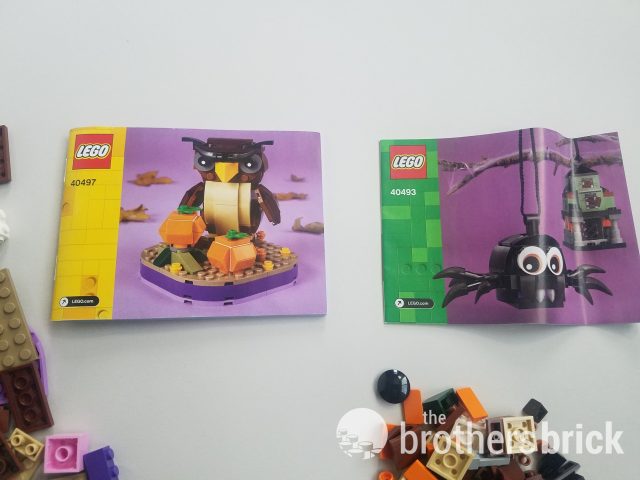 To be honest, I’m not even sure what the official name of the spider set is. LEGO doesn’t provide us official set names, since the box usually says. However, this box didn’t offer any clues other than the set number. I’m sure more information will be shared from The LEGO Group closer to the retail release date. The sets we review here at TBB are also generally the non-North American boxes, so it’s possible that customers in North America will have more clearly labeled boxes. Similarly, we’re not sure on the official part count of the owl, since the box doesn’t list it.

I started with the Halloween Owl, which begins with the platform that the owl is perched on. Right away you get to create your own hidden surprise inside of the platform by building a cheerful little bat that you only see while building the set. It’s not too long before I covered him up with the rest of the build, so enjoy the bat before he hides away in the dark! 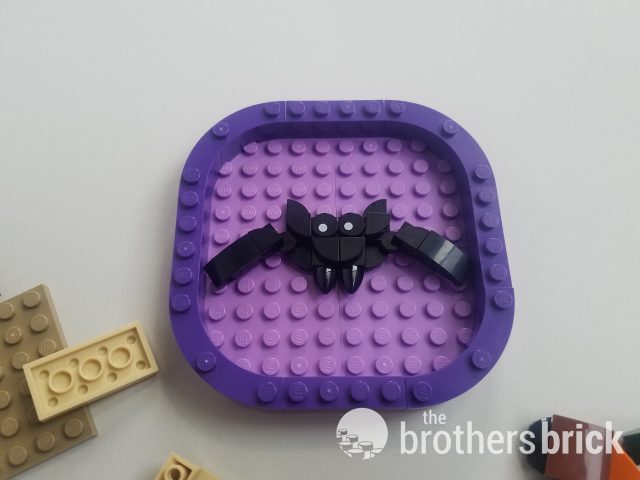 From there I continued into the pumpkin patch. I was delighted to build the pumpkins and add them to the scene. They were very easy to assemble, which might inspire me to go back and add more later for a fuller patch of pumpkins. The little flowers and dried ferns were a nice touch, all of which added to the seasonal look of harvest time. The final part of the platform was to build the perch where the owl would stand, seen here as the gray and black turntable piece. 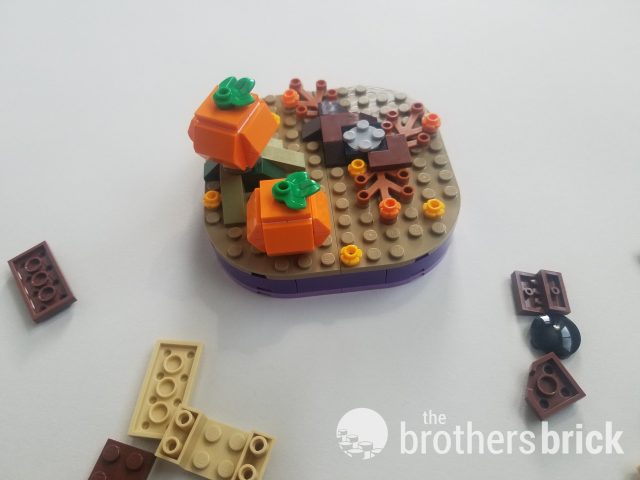 The owl was full of fun pieces. For example, much of the featherwork on the owl’s body was accomplished through brown claw-like bricks. I would have never thought to use those as feathers, as a previous review I did with birds featured smaller 1×1 studs.

One thing you can always count on with animal LEGO sets like these are brains. Seriously! I’m not making a Halloween joke.  Every time I build one of these BrickHeadz-like creatures, the piece used for the center of the head is a pink 2×2 brick. It’s clear the designers include it on purpose. 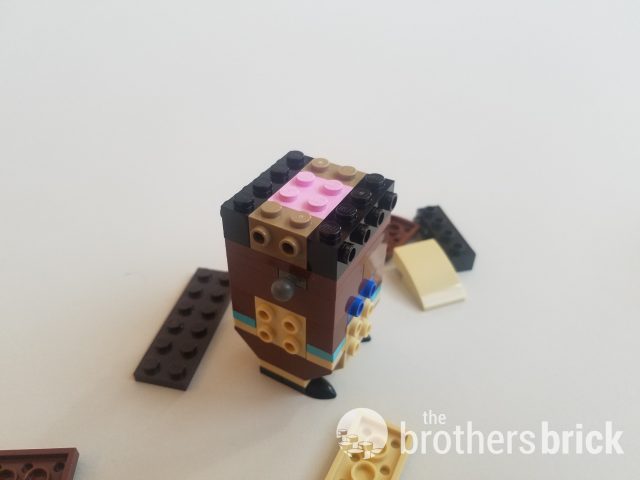 I’ll take a second to mention that the feet, or talons, of the owl don’t stay on very well. I lost count of how many times they fell off while I was building the other parts of the bird. Maybe it would have been better for the talons to be added last before placing the owl on his perch. Regardless, the finished product looked stunning. More on that later.

It wasn’t until I started building the spider that I realized it wasn’t a bat. The box made it look a bit like it was flying, and I didn’t count that there were eight legs until I was putting it together. Whoops. Even the instructions made it seem like I was building a bat since both cartoonish bats and spiders have spiky teeth. Again, it would have helped if there were a name on the box that clearly labeled the set as a spider. I do feel like I should have known that I was building an arachnid and not an aerial rodent.

That aside, however, the construction of the set was great, albeit fast. I probably took only three minutes to get the spider put together. There was a very interesting brick that piqued my interest, as I don’t think I’ve seen it before in the sets I’ve collected, though it appeared first in the LEGO Spike sets last year. This set included the 2×4 with 3 axle holes in magenta (probably depicting the spider’s brain, no doubt), which isn’t a new color, but this is by far the cheapest set to feature it. The Technic axle holes allowed the spider to be hung by the rope provided. 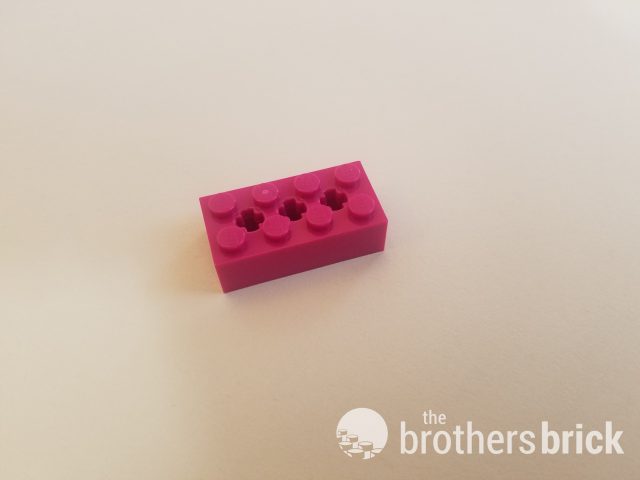 The only tough part of the build was putting the rubbery legs on the spider’s body. They were a tight squeeze, but that’s generally what to expect from brand new rubber LEGO pieces.

The haunted house was fantastic. The stickers are the tiniest I’ve ever seen, so if you have a sticker phobia you might want to ask for some help. I definitely recommend adding them, however, because the final result looked like a genuine miniature haunted house. The orange windows added to the creepy look, with sunlight glinting off of them making the house glow from within. It’s very smooth, too, with only six studs showing and the rest of the space being sloped roof bricks. As I put it together, I could see what the designers were thinking when trying to incorporate all the typical features of a haunted house into this minimalist creation. 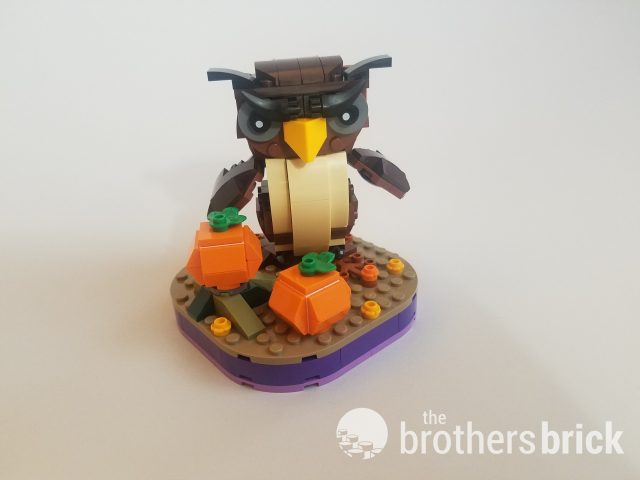 As I said above, the feathered look on the owl is fantastic. I love how the eyebrows and the beak stand out in a way that isn’t menacing but clearly is trying to be spooky. He fits well on his perch in the pumpkin patch, though both the owl and one of the pumpkins wobble a bit when the patch is moved. 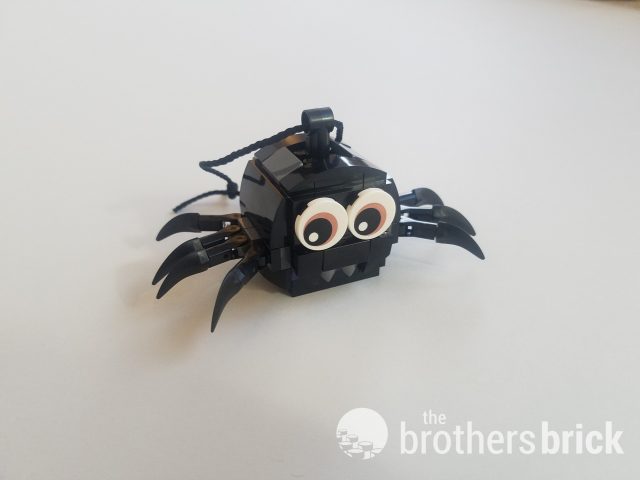 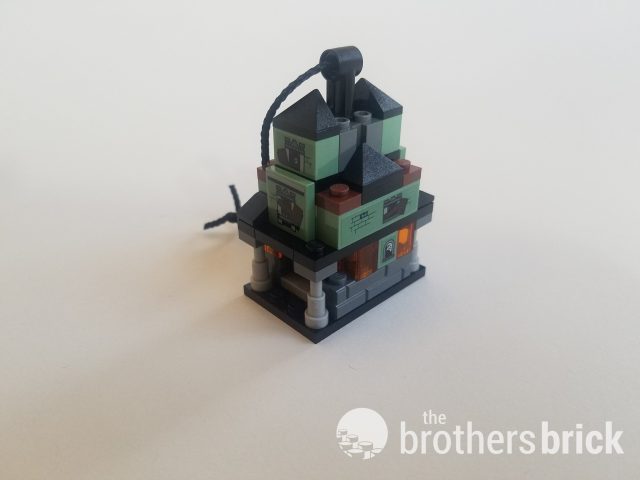 The spider and haunted house were fun little builds, but nothing memorable. I know that builders of younger ages will appreciate the simplicity of the set. However, I found myself wishing that the haunted house ornament were based on the actual LEGO 10273 Haunted House set released last year. 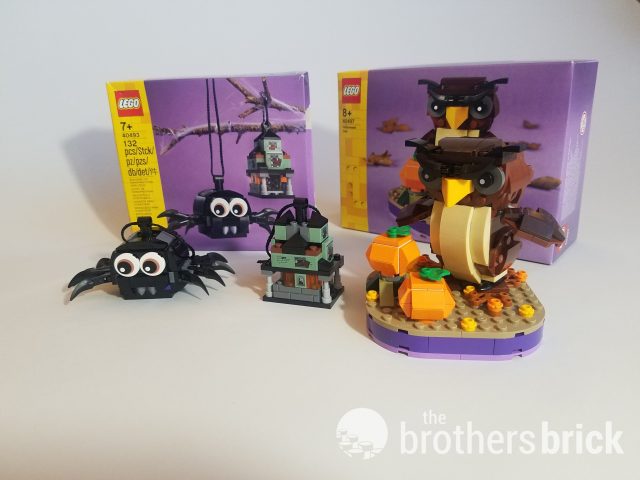 Overall, these were a treat to build, and I really appreciated the trick the designers pulled by including a hidden build inside of the pumpkin patch. It was easy enough for any builder and definitely something I want to see in my home throughout the fall season.

Should you buy this? Yes! Outright, I’d say these are great to build with younger LEGO creators, and putting them together could be a fun tradition every Halloween. If you see it online or at a LEGO Store, I’d pick them up. LEGO hasn’t indicated that they will be gift with purchase sets, so we presume they will be available to purchase, but even if you have to spend $90 or whatever on the official LEGO website in order to get them as a free bonus, I’d still say yes due to the fun of building the pumpkin patch and the owl. Plus having a few hanging spiders and haunted houses that you built yourself is a pretty good deal, too. 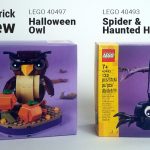 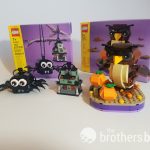 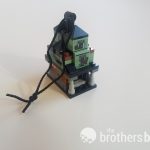 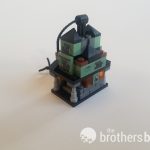 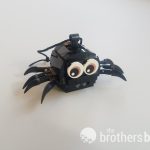 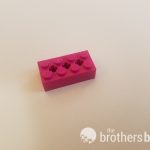 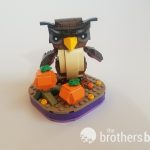 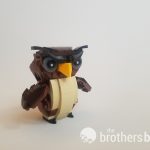 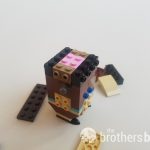 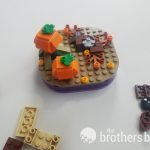 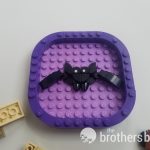 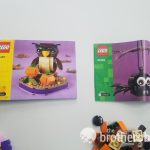 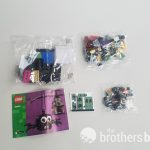