The title is a quote from the novel Artemis by Andy Weir. It points out the wit of scientific redundancies meant to keep people safe and this suit is a testament in its own right. Space nerds like me have been blessed by the LEGO Group in recent years. Sets like the Apollo 11 Lunar Lander, the International Space Station, and recently the Space Shuttle Discovery, give the rocket scientists and astronomers in all of us a big thrill. There are so many iconic elements from the past that would make great sets but let’s take a peek at the future of scientific idiot-proofing with Spacemanship123’s NASA Artemis Spacesuit. 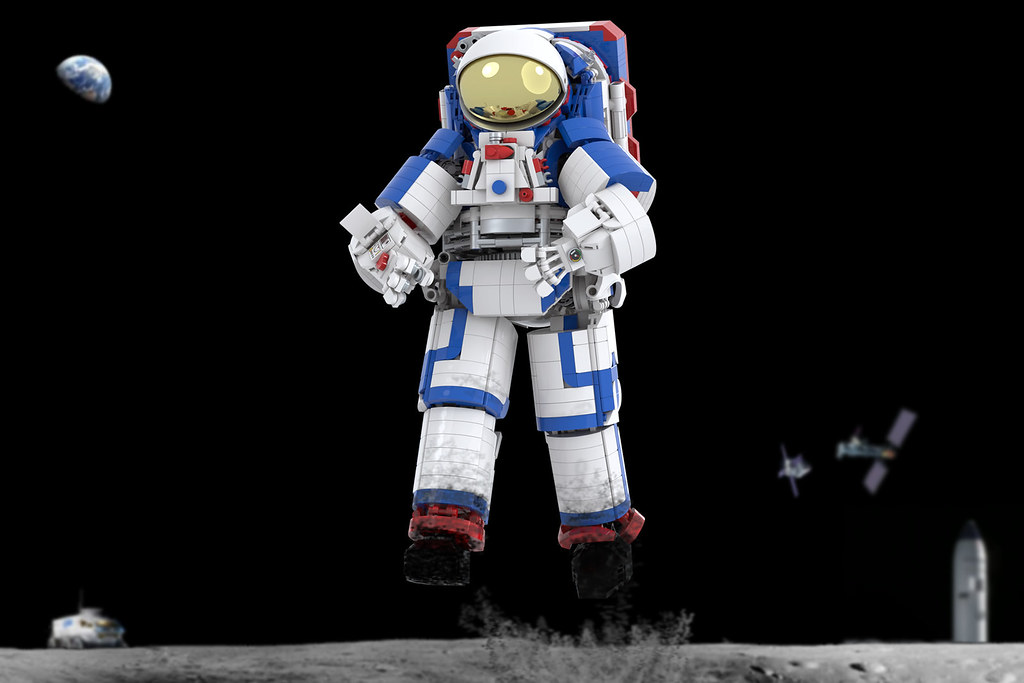 This posable, 1:7 model was an absolute labor of love that is laden with details. Spacemanship123 was dedicated to emulating as many real-world aspects of the technology as they could. Below they show off the front and side angles of the model. 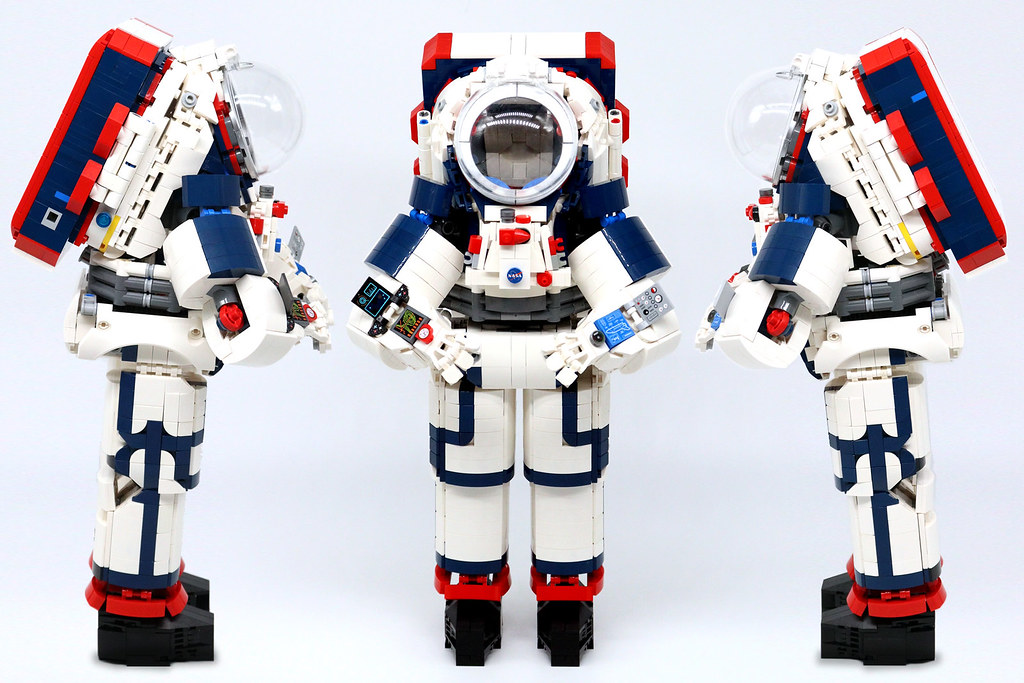 This spacesuit is based on NASA’s Exploration Extravehicular Mobility Unit (xEMU), a suit designed to keep astronauts safe on terrestrial worlds outside of their habitats and vehicles. It is part of the Artemis generation of space travel meant to revisit the moon and go on to Mars within the near future. Here we have a good view of the entire build from behind and a nice peek at the detail of the life support pack. 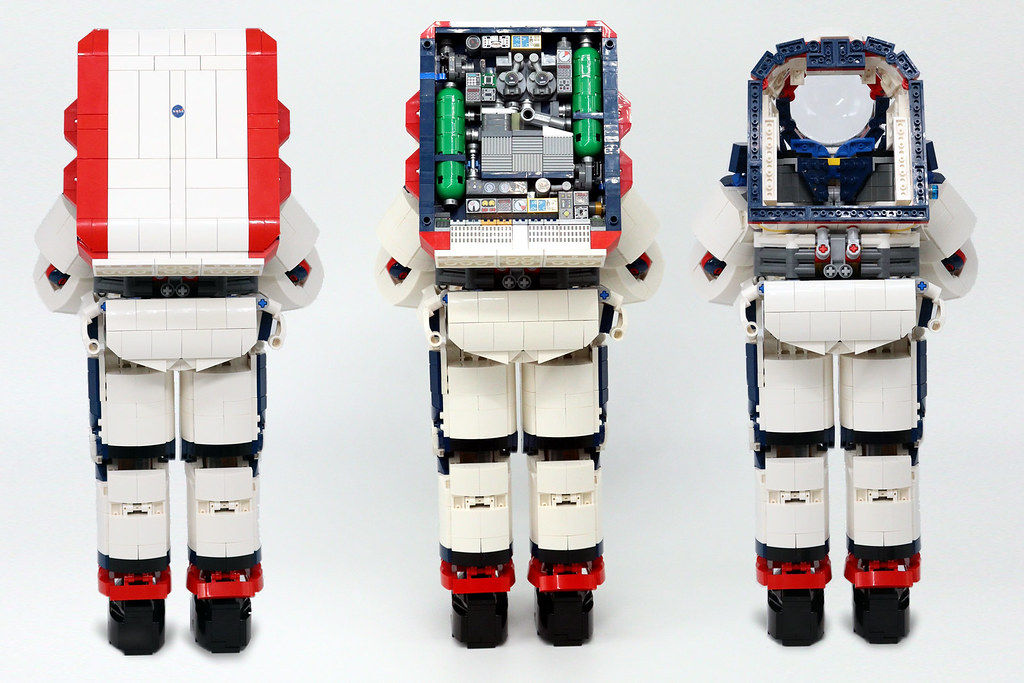 As NASA Administrator Jim Bridenstine points out, Artemis is Apollo’s twin sister and as such, a perfect moniker to follow up NASA’s early missions to the moon. This phase of space exploration seeks to put the first woman and next man on the moon and beyond, a long-overdue step forward to allow the people of the world to see themselves in space. Suits like this will give astronauts of the future the ability to explore new worlds with their own hands.

There are tons of points of articulation that give the model the mobility it needs which also allows it to be posed in various stances. The life support system also swings open like the real suit does, allowing the astronauts to enter. 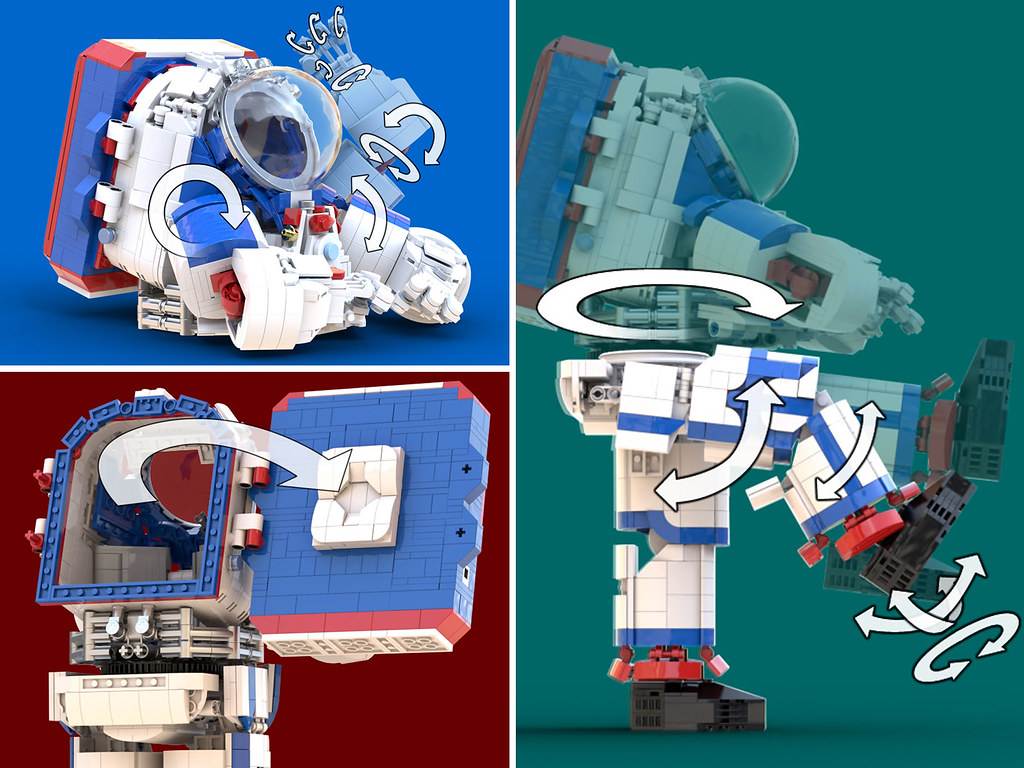 Spacemanship123 takes the time to label each brick-built component, helping us learn about the science and technology that went into the design of this new spacesuit. 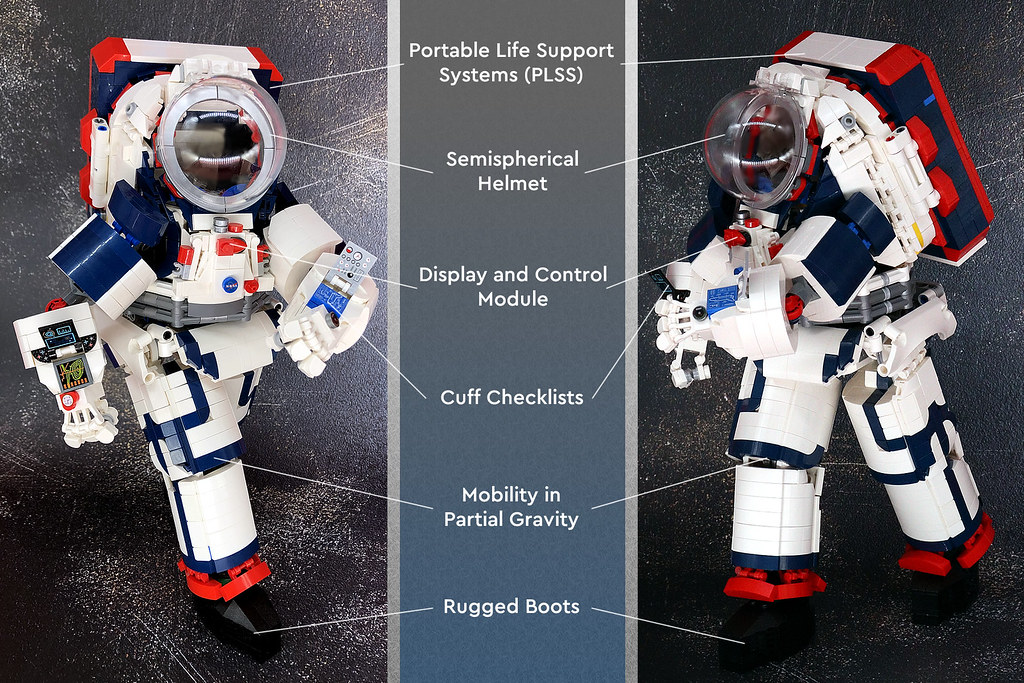 The portable life support system is filled with printed tiles and the pieces used are specifically selected to match as closely as possible to the components of its technology. 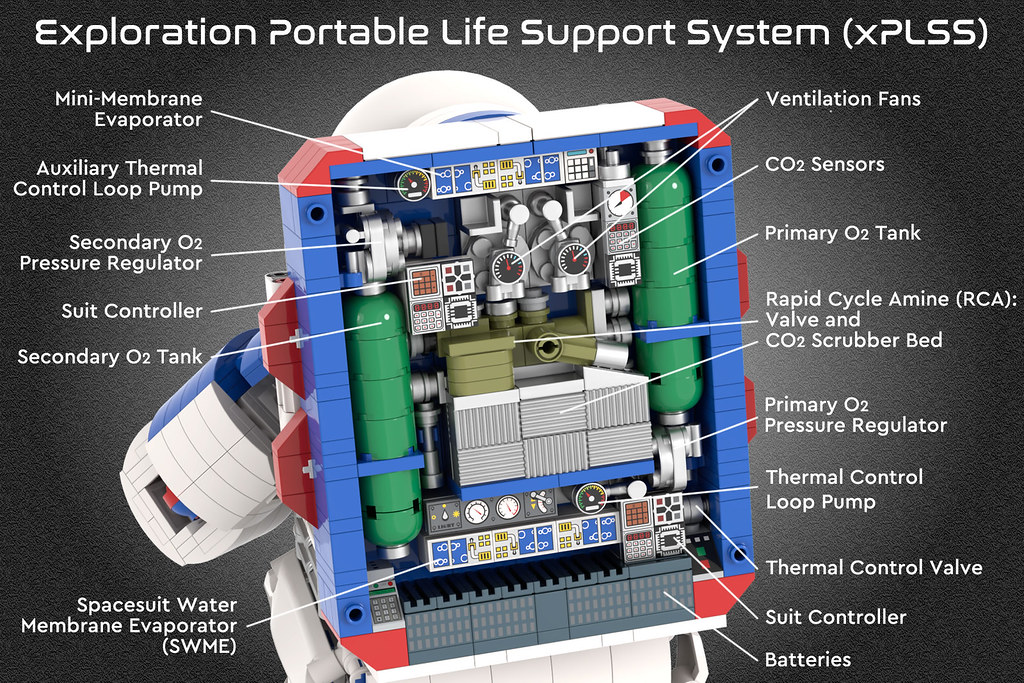 I appreciate the time that was put into this model. It makes me wish I had a bigger, life-sized, brick-built spacesuit of my own. Check out more NASA-inspired builds here or find more by Spacemanship123 on Flickr and Instagram (@spacemanship123).