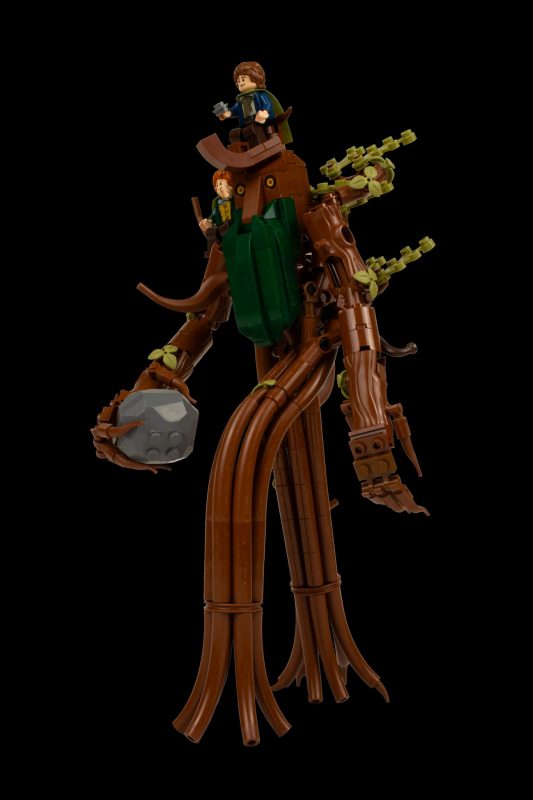 Then I realized that the arms were built with tree trunk minifigure costumes. The connection points available in the costumes, coupled with their barky texture, helped the builder concisely emulate Treebeard’s woody figure. Subtly eye-catching. Of course, this angle also shows off why he’s called Treebeard. The mossy covering below his face akin to facial hair is modeled smoothly with dark green tiles and slopes. Seems like Treebeard likes to keep his hedges neatly trimmed. 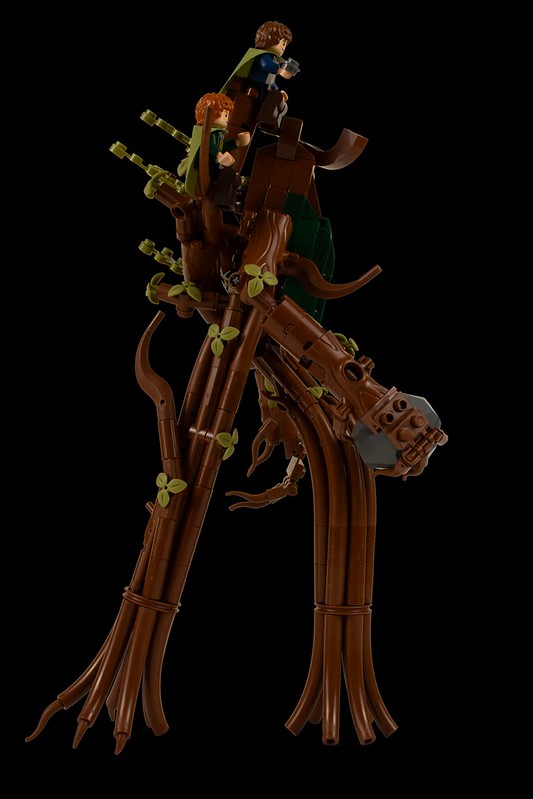 I was further impressed with the brown bullhorns used as fingers. The way they curve and twist really gives the effect of branches. They definitely have a good grip on that boulder! The legs are a different story. Those are built with a mix of tubular pieces. Curved tail pieces in his front leg help establish his dynamic forward pose. Smooth tubes of different kinds stabilize him and end with “feet” made of tailpieces detailed with bullhorns and claws. 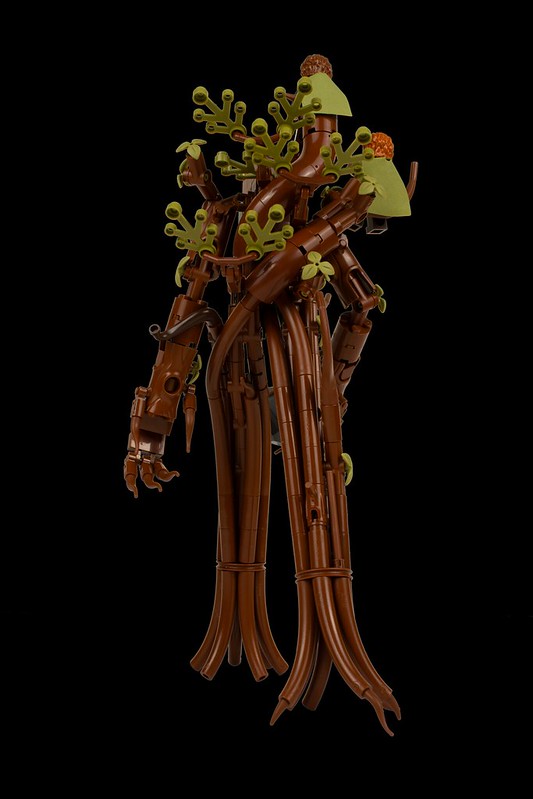 From behind we have a good view of Treebeard’s beautiful back foliage. Marry and Pippin are perched precariously atop his branches, built up from the legs and modeled from bike handles, tailpieces, stud shooters, bars, and thick elbow bricks. The techniques Craig Jansen uses here are similar to those used in the Bonsai set. His build is a great example of how to employ those within your own creations to show off your imagination!