I’m really not that good with kids. I mean, I don’t even know what kind of bourbon they like. However, LEGO builder 1saac W. seems to have his finger on the pulse of what youngsters are into. That being, riding around in a souped-up Mad Max style baby buggy and collecting the bones of all those who oppose them. I knew it! Maybe it’s just the bourbon talking but from my perspective toddlers are creepy little buggers. And before you go commenting about how your darling Sonny-Boy can do no wrong do you really know what they’re plotting? Because I don’t think you do. I’ll have you know I was a kid once and I had my baby brother convinced the president was going to send missiles to our house if he wasn’t a good boy. It was the 80’s Reaganomics era and stock footage of MX Missiles were all the rage on TV so convincing him was easy. In my defense, he deserved it because, like I said, babies are just creepy! 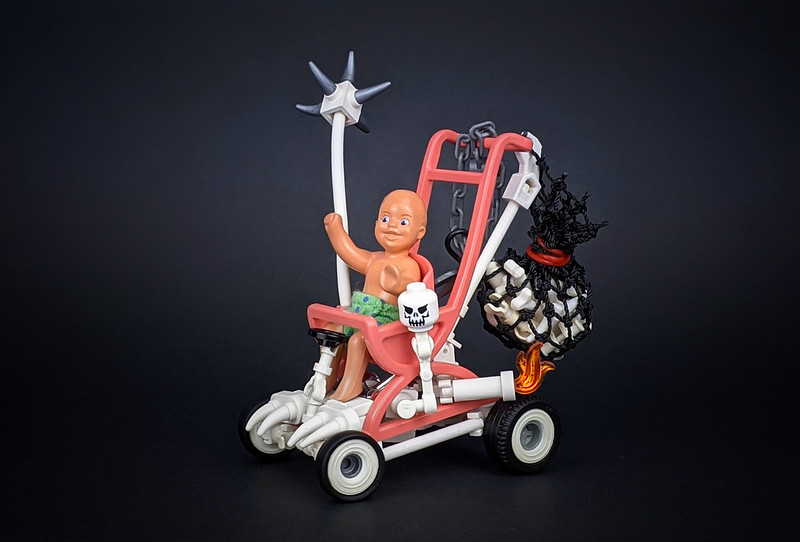 1 comment on “Your day just got weirder. You’re welcome!”