You’ve probably heard the term “hermit” describing someone who lives alone and avoids others. Hermit crabs get their name from the fact that they protect themselves by living and hiding inside abandoned mollusk shells. But what you might be surprised to discover is that these guys aren’t shut-ins. Like the two featured in this excellent LEGO build by Djokson, they enjoy some company! While they do prefer to have their own shell, they’ll even gather together in large colonies. In regard to this creation, it’s a fantastic use of the Duplo pipe elements. I’m also a fan of the large figure armor for the shells! 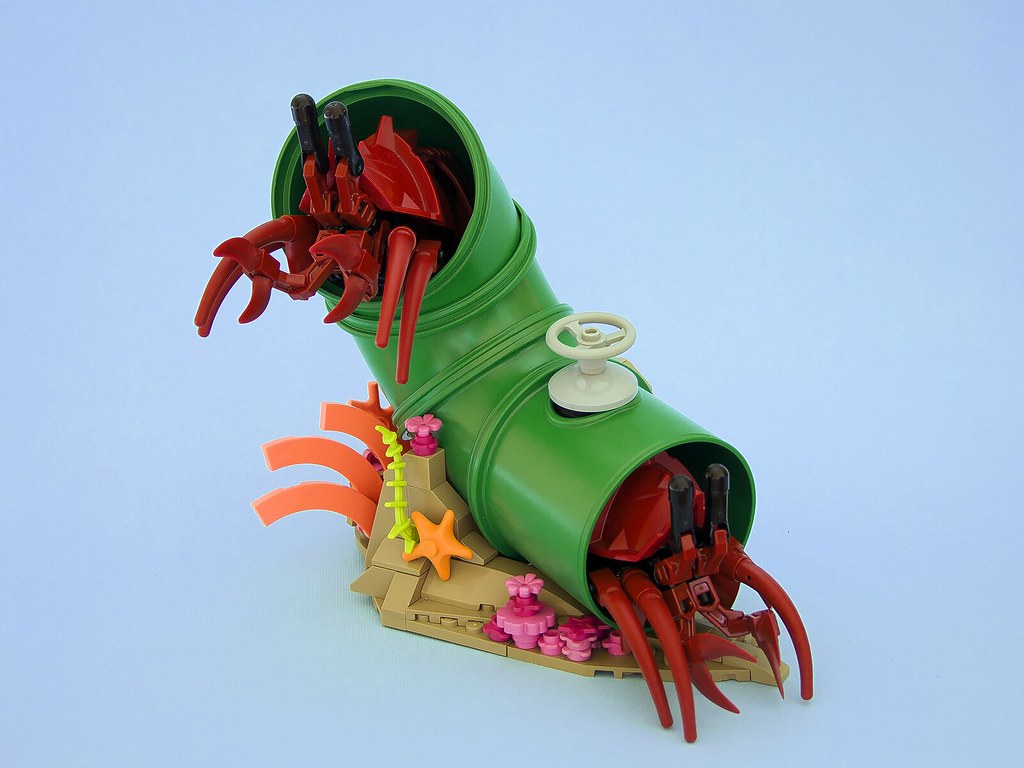 Another interesting fact: hermit crabs will graduate shells as they get bigger. When they outgrow a shell, they’ll hunt for a larger one to slip into, just like we do with clothes. And just like us, their choice of attire can sometimes be odd or questionable. Even LEGO! The unfortunate part is that this usually involves human trash.

While you’re here, definitely take a moment to check out some of Djokson’s other work!