It takes a careful eye for detail to craft a large LEGO immersive scene since every corner of the frame has to be considered. But it also takes a large number of LEGO bricks, far more than one would think before beginning the project (especially for the foreground, which always needs more, always). Talented LEGO builder Joe (jnj_bricks) has both the careful eye and the pile of bricks and uses them masterfully to craft this castle harbor scene, with a quay, lots of shops, a castle, and even a drunken pirate down on the dock. It certainly fits the bill as a large scene, too, measuring 144×80 studs.

Joe neglects no surface in the scene, from the textured roofs to the detailed walls. There are slight variations in color to show weathering, and no two houses have the same wat-and-daub pattern. The selling point is the minifigure posing, however, which can be one of the trickiest bits to nail down, but Joe got it just right, with dynamic and natural poses all around. It really sells that this is a normal day with people going about their ordinary lives. Pretty sure I see the baker with the same old bread and loaves to sell. And do you see the goat? He’s got a goat, the Holy Grail of castle builders! 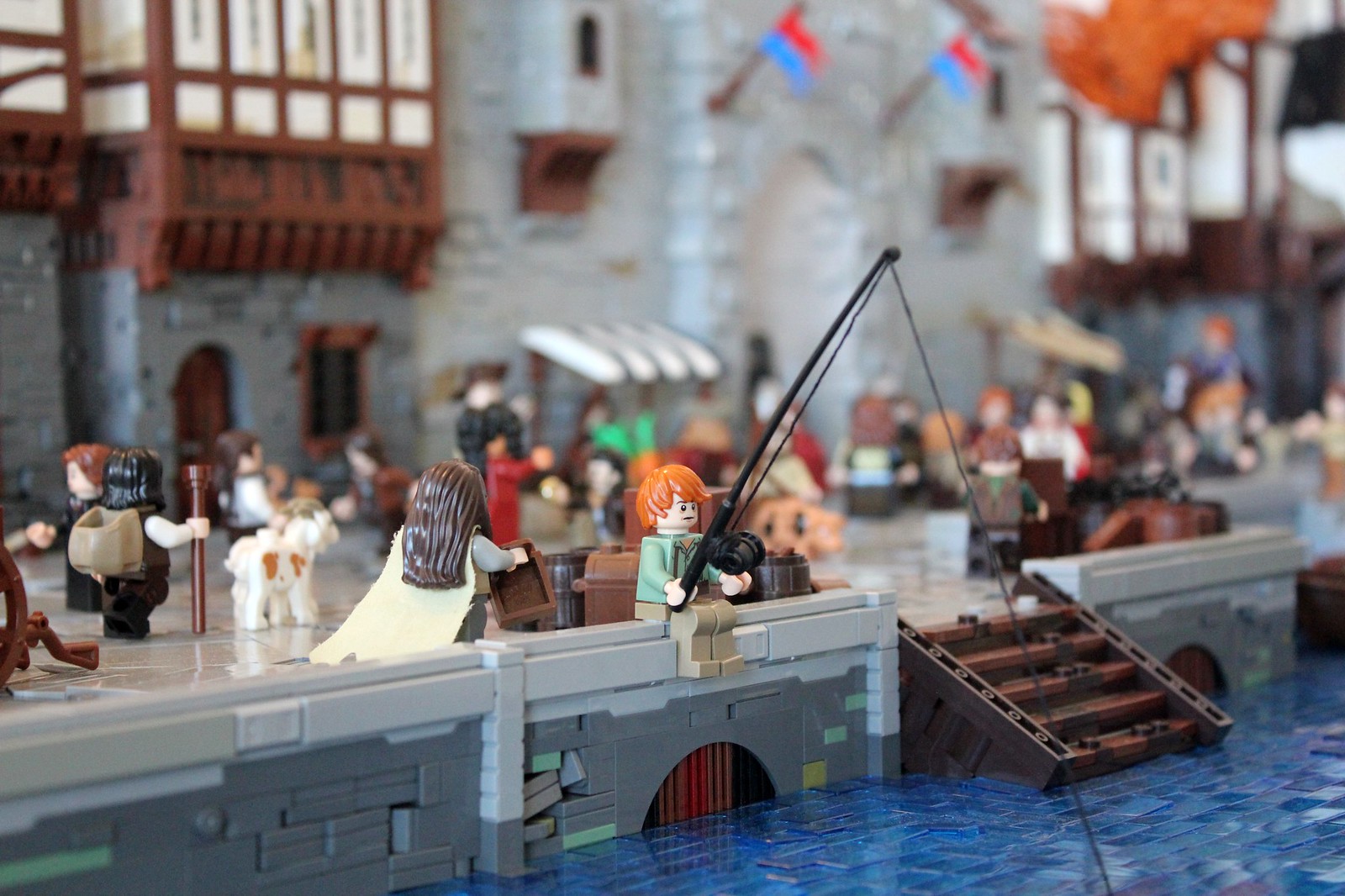