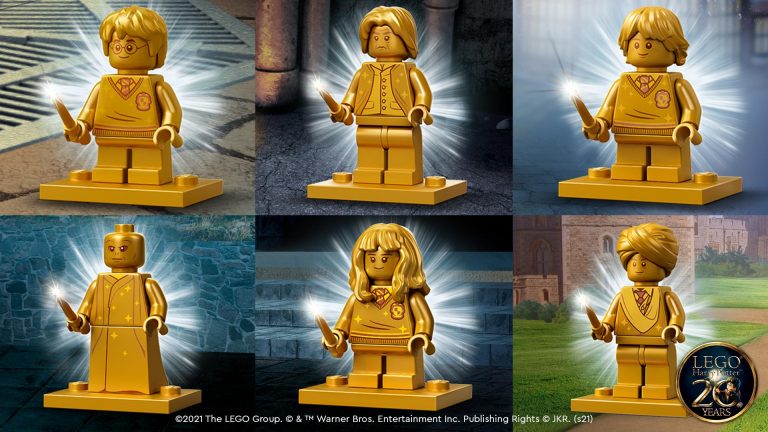 Each figure wields a wand and stands on the standard collectable minifigure base with the same golden shade. They each feature a different backdrop which is likely to represent the various LEGO sets that will be released in due course. Based on the Ninjago experience, each set will only feature a single golden minifigure, this means to complete the collection at this point,  you will need to acquire  6 sets at the minimum to complete your golden Harry Potter minifigure collection. 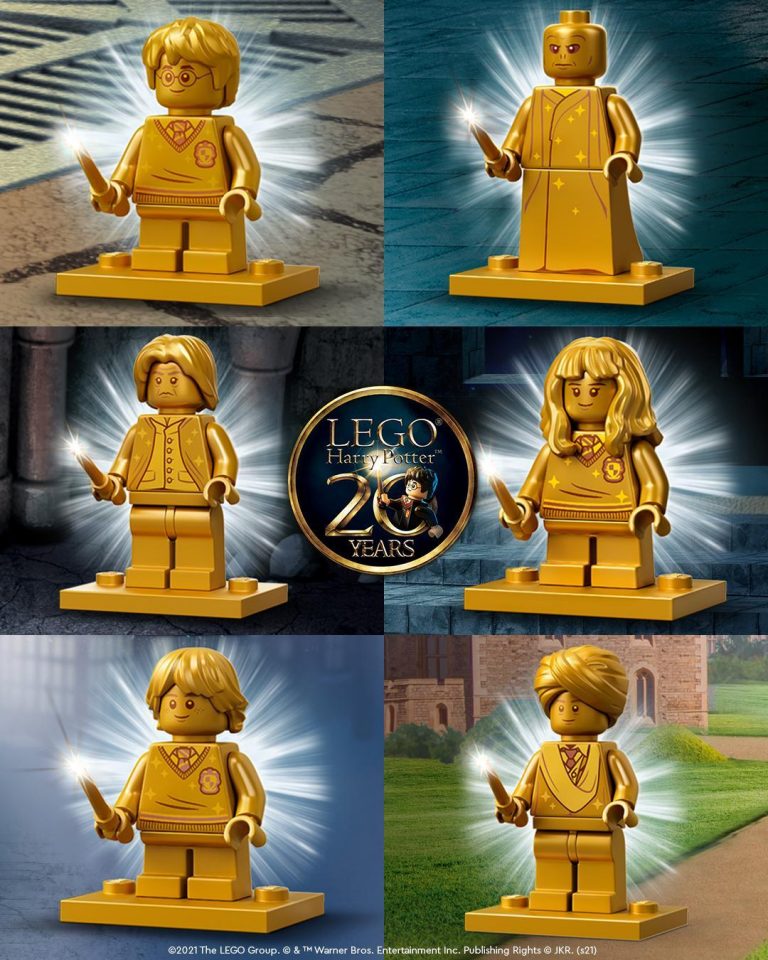 The golden minifigures approach was first introduced as a way to celebrate the 10th Anniversary of LEGO Ninjago earlier this year. The slight difference here is that they’re totally golden as opposed to coloured highlights for the Ninjago minifigures.

Stay tuned to TBB’s regular feeds as we will update the details of the LEGO Harry Potter sets as they are revealed to us.