Just two weeks ago, LEGO Ideas allowed fans to vote for a classic theme to be revived for the LEGO 90th Anniversary Set. The results are now out and phase 2 begins. Bionicle, Classic Space and Pirates are the top three winning themes. Because of not considering subcategories properly, the Castle theme will be included for the second fan vote. 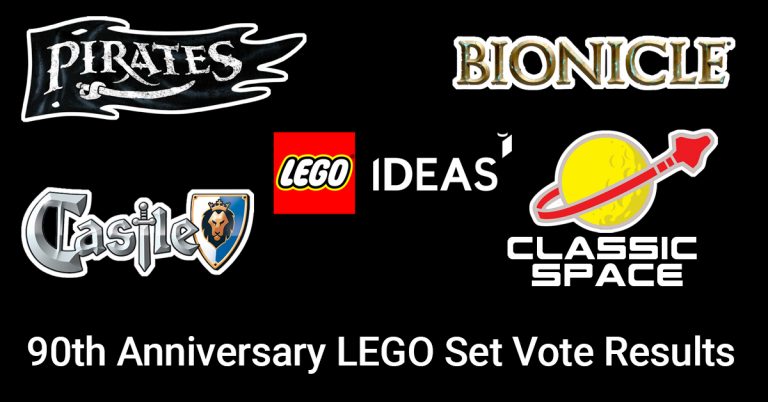 A total of over 77,000 people participated in the votes and the results are as follows:

The LEGO Ideas theme realised a mistake by splitting the castle theme down to further subcategories. Here are the exact details of the reasoning:

…we’ve seen an absolutely huge amount of support for Castle and each of the subthemes of Castle. We believe that we have made a mistake in not having all the Castle themes as just the one option to vote on in the first round. Even if you combine ‘Classic Castle’ and ‘Forestmen’ and not all of the other Castle subthemes, it pushes the number of votes up and Castle would be in the top three. This is what the results would look like if we consolidated the sub-themes of Castle:

We realize and take full responsibility, that we made the mistake of splitting the Castle vote. So we are going to have our second vote, increase from three options to four to include Castle. As to not push out Pirates.

This will mean that the second fan vote will kick off with the following options:

We feel as though this is one of the best ways not only to honor the winners of this fan vote, but also to let the voices of 33489 people who voted for Castle or a subtheme be heard. If we consolidated any other subthemes together, for example ‘Classic Space’ and ‘Space Police’ or any other subtheme, it wouldn’t change the top three, and the winners. The only exception is Castle!

Here are the full details of the first announcement and details of the voting process. The vote now continues to its second phase and will close on February 10th at 11 AM CEST 2021. The casting of the vote is now open.