The Marvel Cinematic Universe has supplied fans with awe-inspiring landscapes of fictional places such as Thor’s home world of Asgard. Undoubtably the incredible imagery in these films have inspired LEGO builders and content creators alike in recreating these fascinating worlds using their respective media of choice. Builder Joe (jnj_bricks) for example, translates the world of Asgard into the world of LEGO with his wonderful model of the Asgardian capital city. 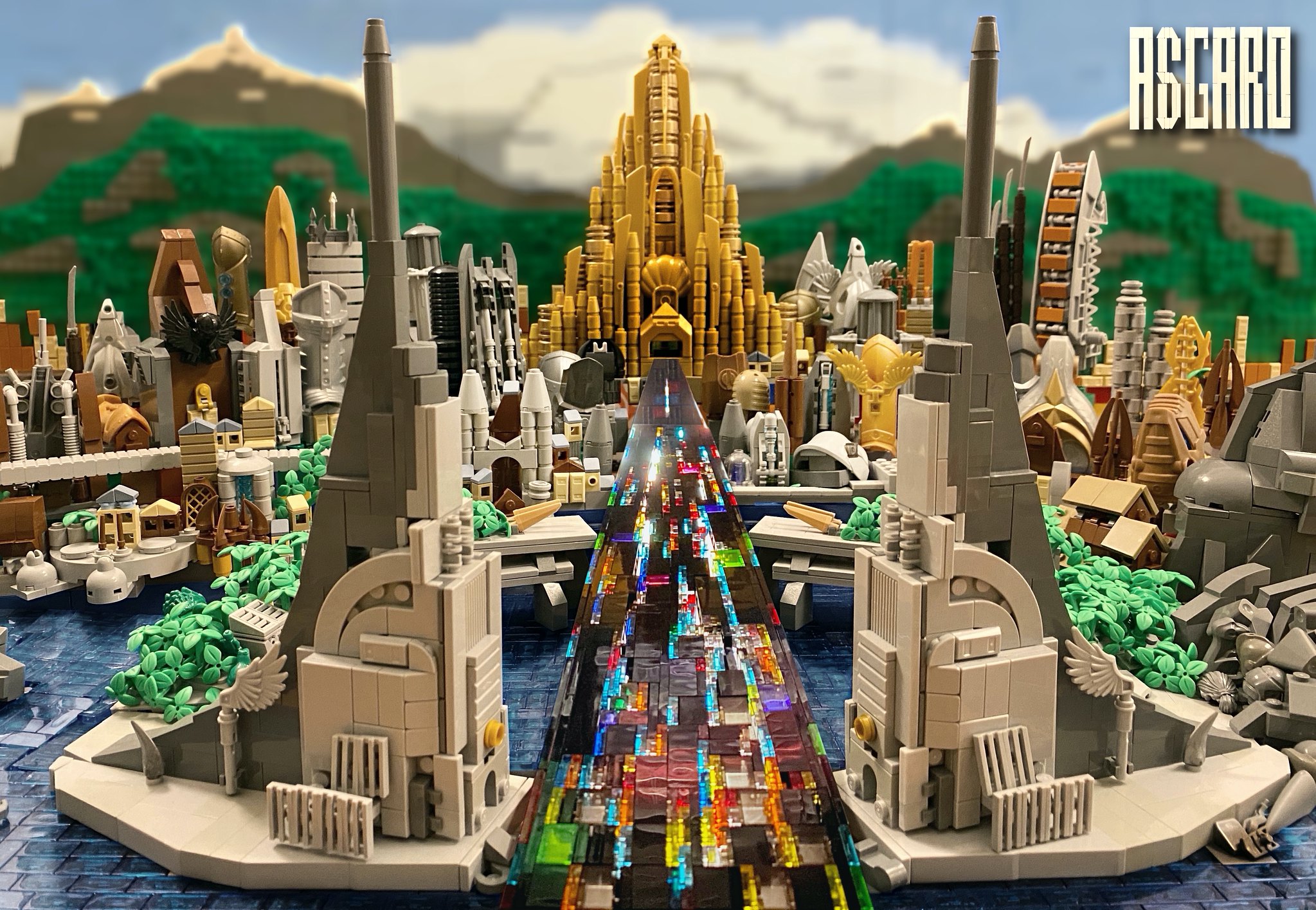 Joe’s model is from the perspective of the gate, where the Bifröst bridge to Asgard begins, the model as a whole is in micro-scale. The build largely utilizes many small elements as well as interestingly molded pieces such as minifigure helmets, weaponry, and other accessories to create forms of various buildings and dwellings. Asgard palace makes use of many pearl gold pieces, most notably 1×1 cylinders and cones and the ornamental golden clam shell. Of course my favorite component of this city-build is definitely the beautiful Bifröst bridge – its rainbow colors rendered by trans-clear plates and bricks of various sizes in multiple colors along with some black elements of the same kind. Overall with Joe’s creation, we get a post-card picture of a fan favorite setting in LEGO form.

1 comment on “From Midgard to Asgard and the Bifröst bridge in between.”