It’s been a while since I’ve seen an actual digital alarm clock, to me they actually even seem old-fashioned – don’t most people just use their mobile phone? But the physical alarm clock and your iPhone timer have one thing in common – you can hit snooze. Ted Andes gives us a LEGO model of the standard alarm clock with its digital face displaying 11:00, I guess someone hit the snooze button one too many times! 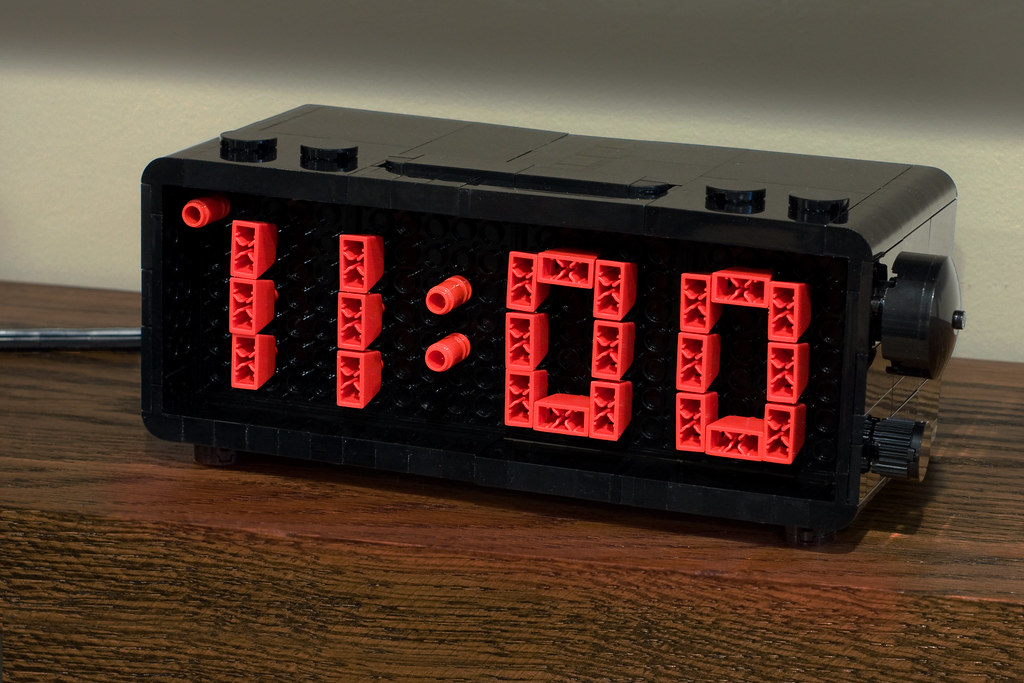 The body of the clock is simply fashioned out of a collection of black bricks, tiles, and plates. There are a couple dials on the right which utilize some rounder elements. Andes uses red minifigure torsos with the arms removed in red to create the display’s numbers – a pretty unorthodox use of parts. The colon between the hours and minutes are some cylinders also in a nice bright red color. While the build is simple, there is still some nice parts usage utilized in the work and the concept is timeless.