While I’m boringly American in culture, I do have a significant amount of Scandinavian ancestry, as attested by my Swedish surname. Though I’m sure my ancestors were the same lowly farmers in Sweden that they were when they arrived in the United States several generations back, I like to imagine that somewhere among my forebears were some axe-swinging Vikings pillaging Irish fields so green with Led Zeppelin playing in the background, rowing longships like this LEGO one designed by Jonas Kramm across the North Sea. On they sweep with the threshing oar, seeking that rich western shore, crewed by a small army of CMF Series 20 Viking warriors. The serpent prow of the ship is lovely, as is the simplicity of the whole construction. Valhalla, I am coming! 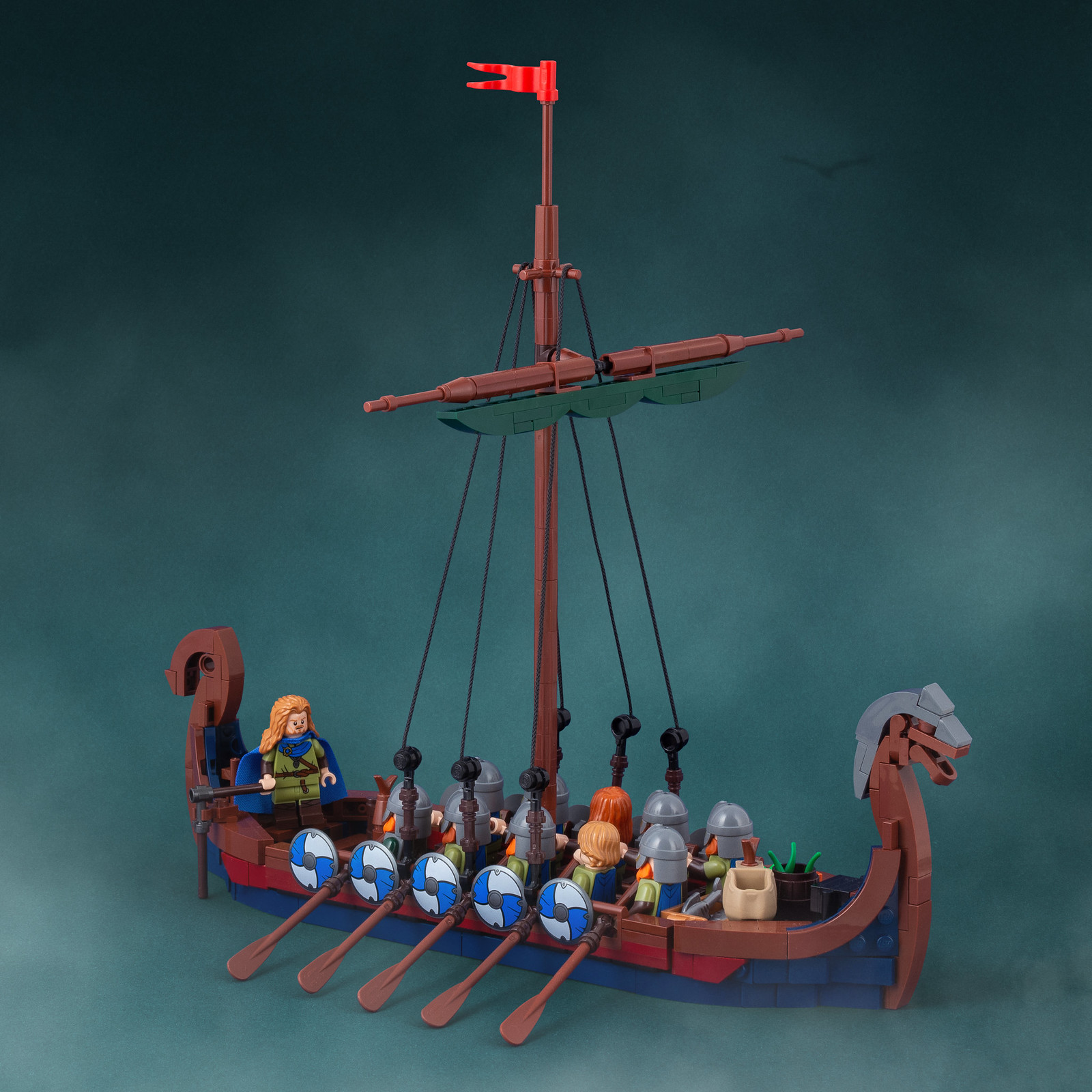 Love Viking builds? Then check out the TBB archives here. And see more of Jonas’ builds here, too.