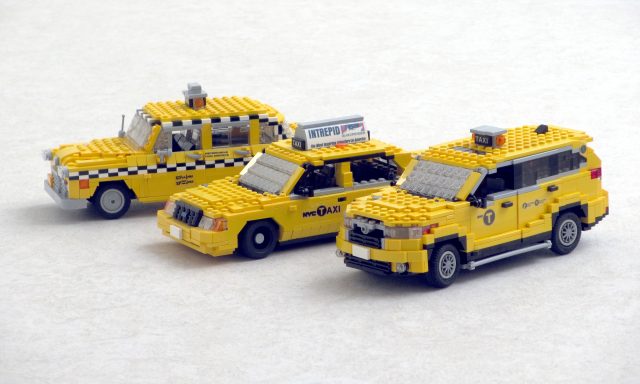 The Checker Marathon is the classic New York taxi from the sixties and seventies. It was a traditional sedan, with a heavy-duty cab-on-frame construction well-suited for New York’s famously pot-holed streets. Its design changed very little during the two decades that it was in production. It became a New York icon, comparable to London’s black cab or the Routemaster bus. Many movies and TV shows filmed in the Big Apple feature Checker cabs, including Taxi Driver and Ghostbusters, as well as the TV sitcoms Taxi and Friends. 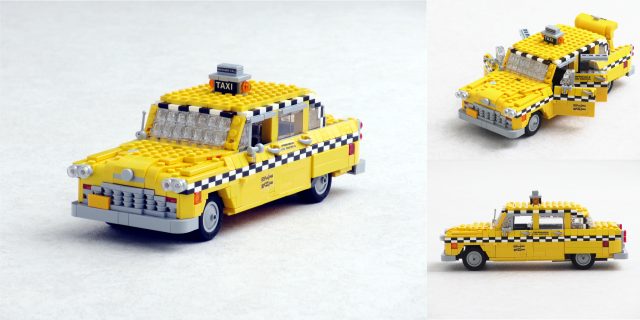 In the eighties the Marathon was getting a bit too long in the tooth, though. Two other American cars: the Chevrolet Caprice Classic and the Ford LTD/ Ford Crown Victoria took its place. These were full-size sedans with rumbling V8 engines. Production of the former ended in 1996, but production of the Crown Victoria lasted until 2012. If you visited Manhattan sometime during the first decade of this century, just about every yellow cab you’ll have seen was a Crown Vic. They were still very common in 2013, when I first visited the city. However, despite the cars’ large size, they offered surprisingly little room in the rear seats and rumbling V8 engines were going the way of the dinosaur.

In 2012, New York’s Taxi and Limousine Commission intended to introduce a standard taxi. They picked the Nissan NV200 van as their  “New York’s Taxi of Tomorrow”. But before its introduction, many taxi operators had already switched to other cars, usually with hybrid powertrains. 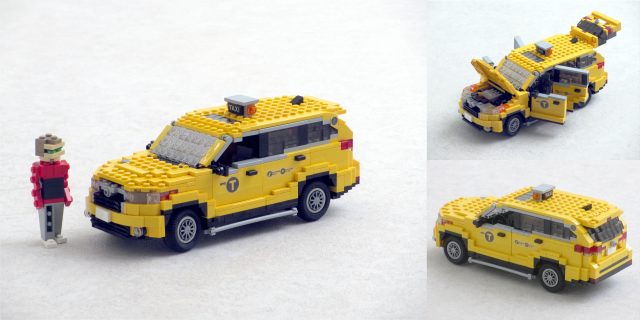 In 2020 the last Crown Victorias left service and, due to the increased popularity of SUVs and cross-over vehicles, Chevrolet and Ford ceased production of full-size sedans. Most taxis in NYC currently are smaller Toyotas, such as the Prius or Camry or RAV4 and Highlander SUVs. So, when I decided to build a new New York taxi, for my ever-expanding fleet of LEGO vehicles, I had many to choose from. However, I suspect that none of these cars will ever become styling icons in the same manner as their predecessors. I ultimately picked the Toyota Highlander, because as an SUV, it’s at least somewhat distinctive.