Despite the presence of minidolls, I think that LEGO’s Elves theme was almost universally beloved by adult fans of LEGO (and undoubtedly, many loved the dolls, too). What was there not to like? There were great re-colors of common pieces into bright pinks, blues, and purples, perfect for everything from spaceships to fantasy forest dwellings, there were new hairpieces for more elves, there were dragons, not to mention the great accessories, and perhaps most of all sets that by themselves were great, with nice value for the money, good play features, and cohesive structure. I was a fan. It seems likely that I was never as much of a fan as Ben Arkley, however, if this enormous Elvendale creation is any guide.

Ben says that the build took two and a half years, and I’d believe it with the insane level of detail everywhere. No section of the build is not full of little nuggets, from great rock techniques to clever houses. Starting in the Elves’ village, Elvendale, there are plenty of different colors seen, incorporating buildings that were made into official sets and lots that were not, but every one of them completely redesigned. Now, I’ve never seen the TV show that went along with the sets, but Ben says many of the details and designs were heavily inspired by the show.

There were several years of the Elves theme, and each brought a new villain trying to ruin the good folks’ lives. One of the seasons featured goblins, and so does Ben’s build; in fact, the entire mountain is hollow, goblin houses, shops, and even a roller coaster (ok, maybe a mine rail track) fill the inside. There are multiple ways into the mountain, from small doors, cave entrances on the water, and even a grand doorway in the village. 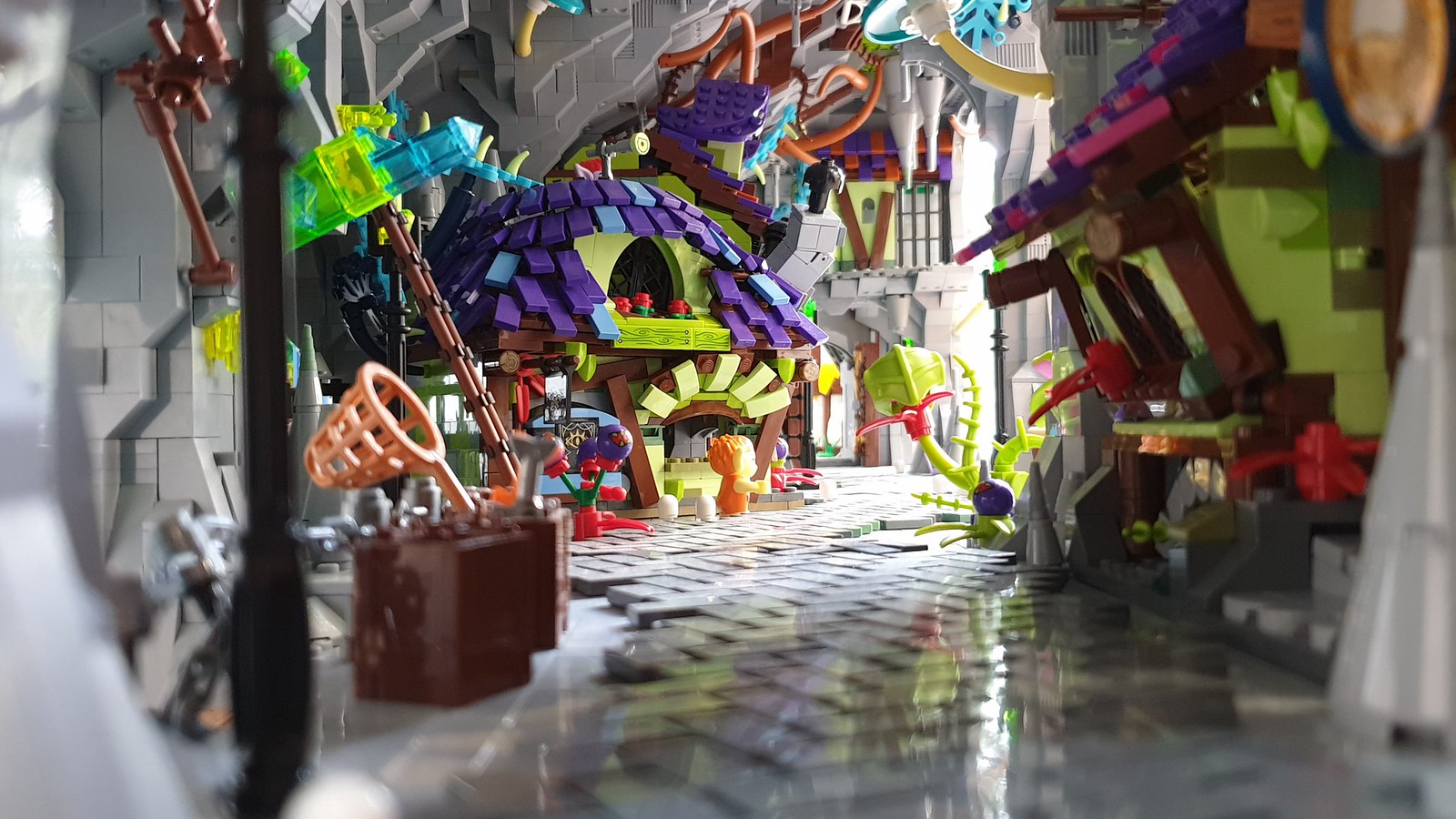 As incredible as the underside is, the above-ground area is still my favorite, with all the lush trees with thick foliage and lovely dwellings nestled in between. Every character produced by LEGO gets a feature here, regardless of what wave, with their individualized house or hole. They all tie together and flow seamlessly, from floating islands and giant towers to the water and trees. About the only thing missing is the adult dragons. 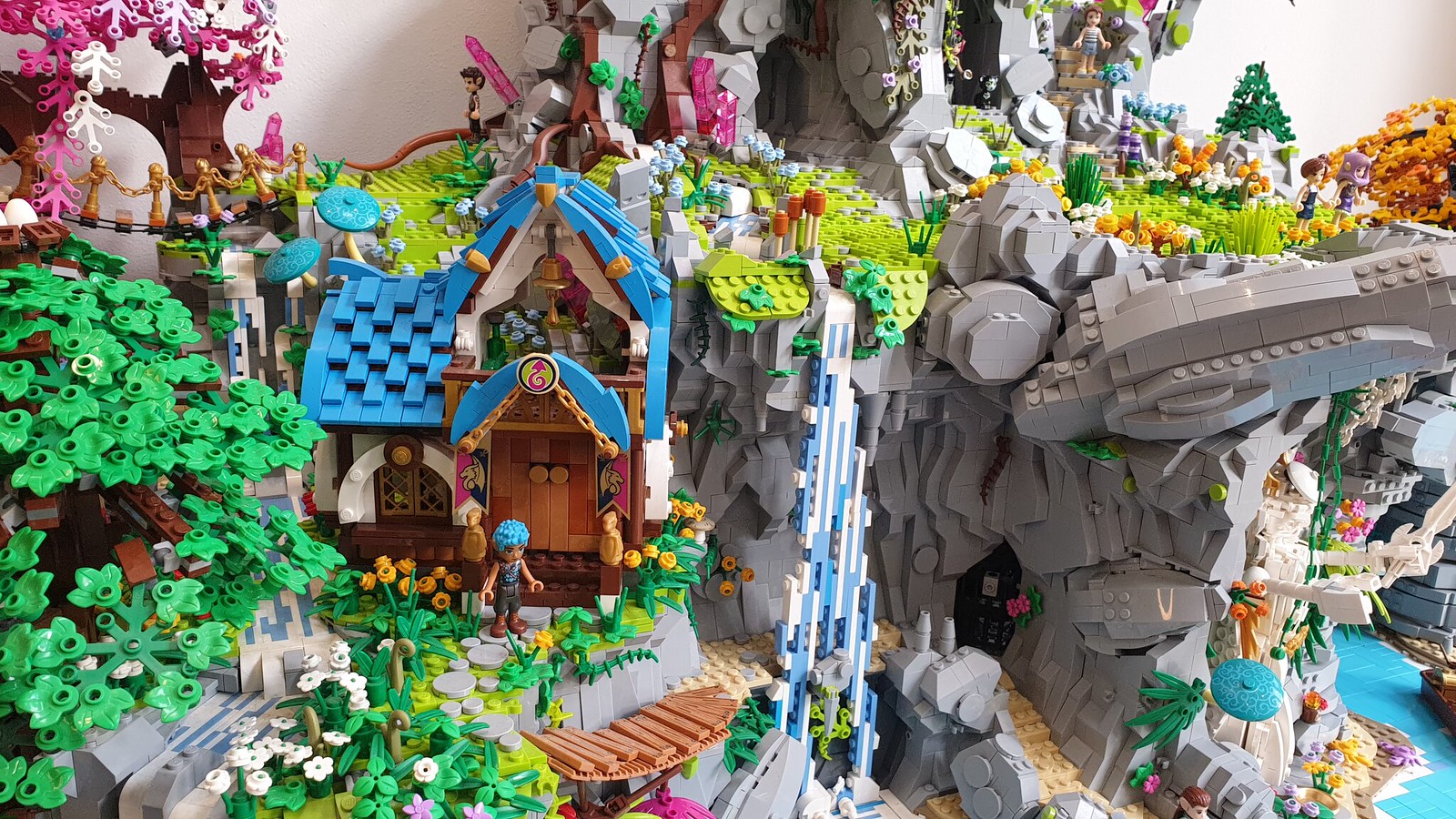 Rosalind’s healing hideout is certainly not missed, housed in a giant tree on the far side of the mountain. I love how the tree looks next to those cliffs, making this one of my favorite parts of the build. I’d certainly love to visit this place, were I a minifigure or minidoll. There are more details than I can describe, so I highly encourage you to check out Ben’s Flickr account to see it all. This has set the bar incredibly high for any Elves builds in the future, that’s for sure.

Love Elves too? Check out our TBB Elves archives!

1 comment on “Take a visit to Elvendale in this huge, incredibly detailed LEGO model!”