Forty, that is the amount of LEGO 9V Track Switches used by Jonas Kramm in this creation. I am not going to point all of them out to you, but some of them deserve a special mention. You can look for the rest yourself. He used two in the tuk-tuk, which by itself is a charming build. He used one as the scale pointer. My favorite use has to be the sign of the elderly couple where they are used as minimalist faces. 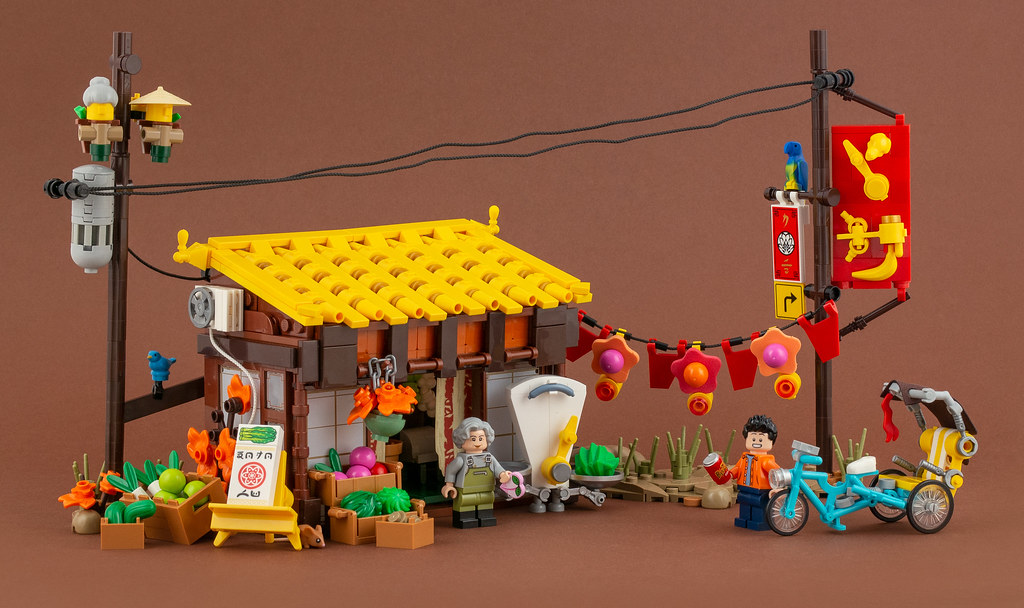 Besides all the excellent applications of the seed part, this LEGO creation has a lot more to offer. There are a lot of hair pieces used as cabbages. At least one cactus girl lost her limbs to represent cucumber or zucchini. And quite some ball joints to represent turnips. Last but not least is the garlic made from ice cream scoops drying inside the little house. I love it when a builder adds little details like these to places in their creation that are hardly visible.