Harry Potter fans have a lot of LEGO sets to choose from this year, but if they want to add Hagrid and Buckbeak to their BrickHeadz collection, they’ll have to act fast. This buddy pack of our favorite care of magical creatures professor, and his Hippogryph Buckbeak are available from September 1 – September 15 as a gift with purchase of any Herry Potter LEGO set priced at $99 or more (€100 / £100 Harry Potter purchases only), while supplies last. 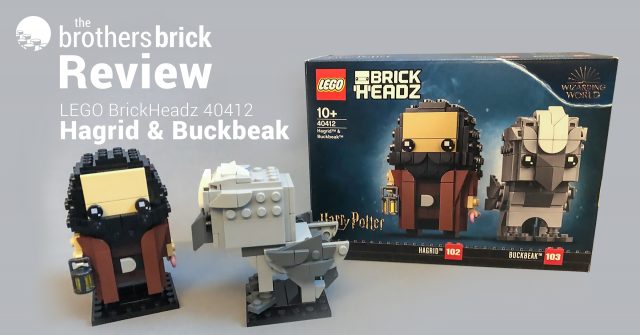 Like previous LEGO BrickHeadz sets that have included multiple characters, the parts for each character are packaged in their own bags — in this case, two numbered bags for Hagrid, and a single bag for Buckbeak, with smaller bags inside. Each one also gets its own instruction booklet. 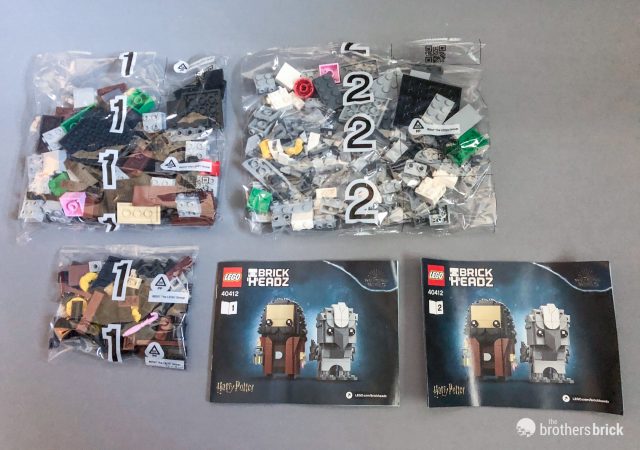 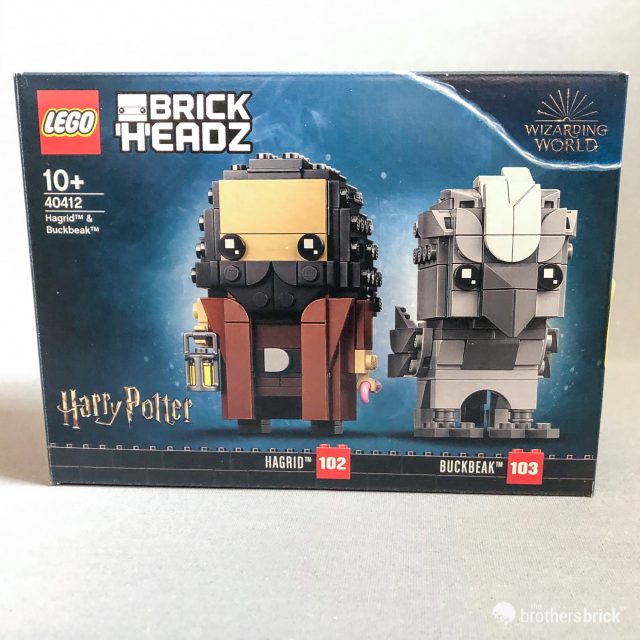 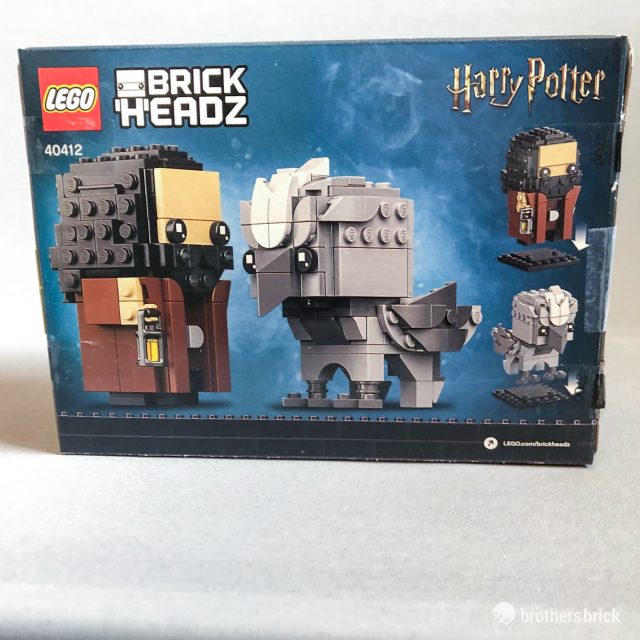 While you can certainly build the characters in any order, I started with Hagrid, since his parts were in bag 1. Hagrid stands a good foot taller than most of the other adult characters in the Harry Potter franchise, which is accomplished with the addition of a couple of plates in the torso, and one in the head. The construction of Hagrid’s body is pretty much in line with the standard BrickHeadz design, with the exception of an extra stud facing forward on each side, to attach his substantial overcoat. Hagrid’s arms are also 1 stud longer, using a 2×3 plate rather than the usual 2×2 plate. 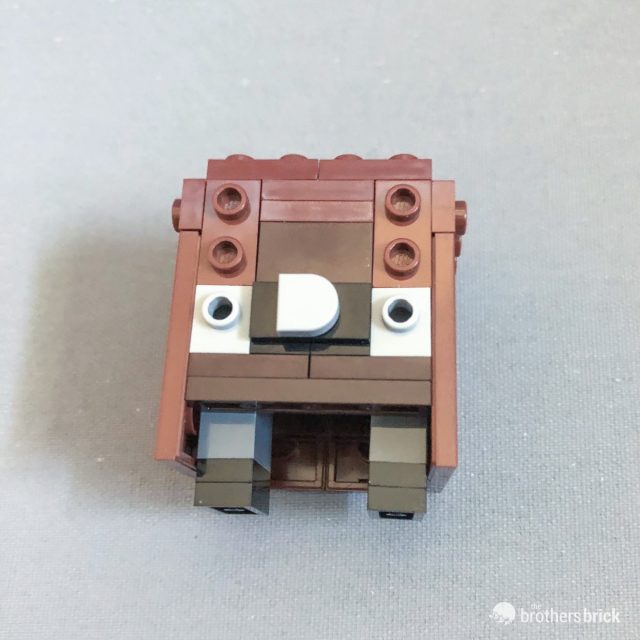 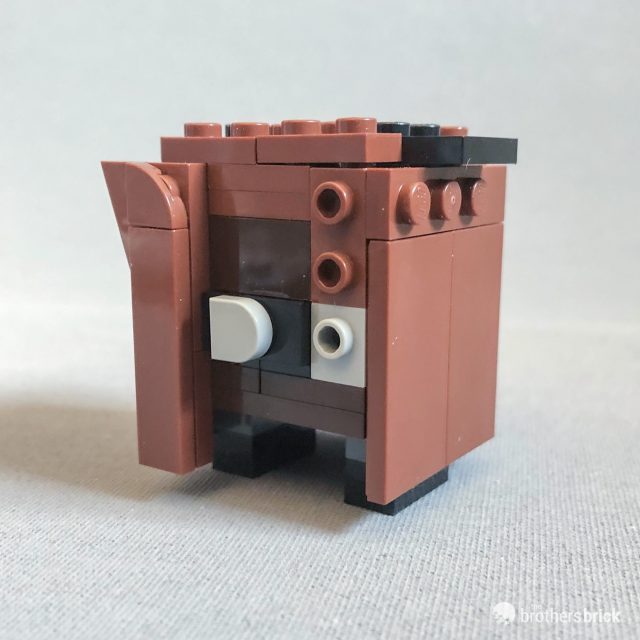 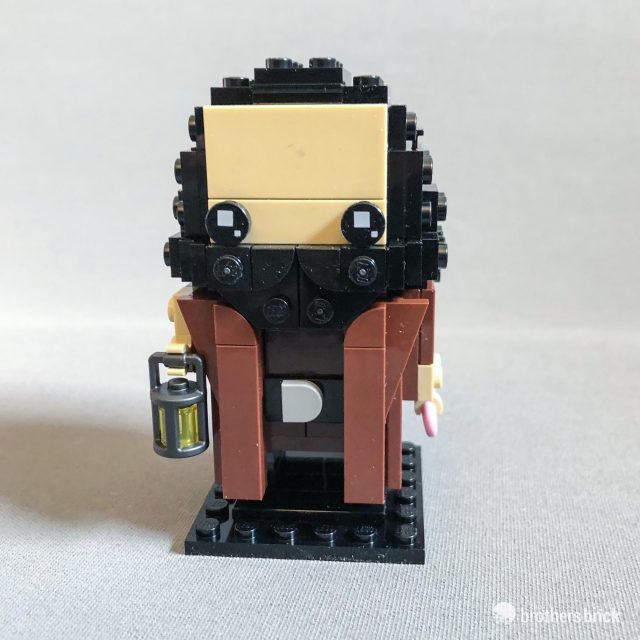 Another fun detail is Hagrid’s beard, which uses 2×2 wedge plates that fit perfectly next to the 1×1 quarter tiles used for the tops of his jacket lapels. His distinct long and curly hair is built using cleverly overlapping plates, including 1×2 rail plates, and 2×2 plates with studs on one side. The finished model even features his pink umbrella wand, which is finally at the perfect scale.

Moving on to Buckbeak, one of only a few animal BrickHeadz models, not counting holiday-themed sets, which look more like people in animal costumes. Translating the BrickHeadz design aesthetic to non-human characters is not easy and with a magical creature with two different kinds of legs, that gets even more complicated. But the LEGO designers for this set have risen to the challenge, and manage to create horse and bird legs quite beautifully. 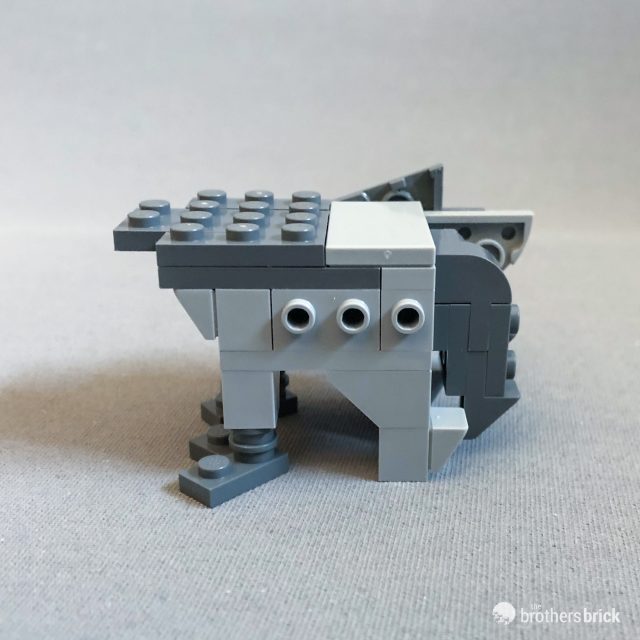 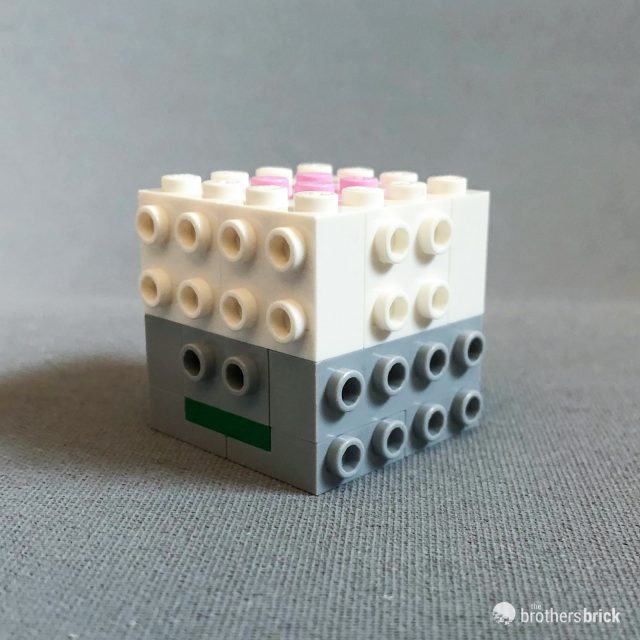 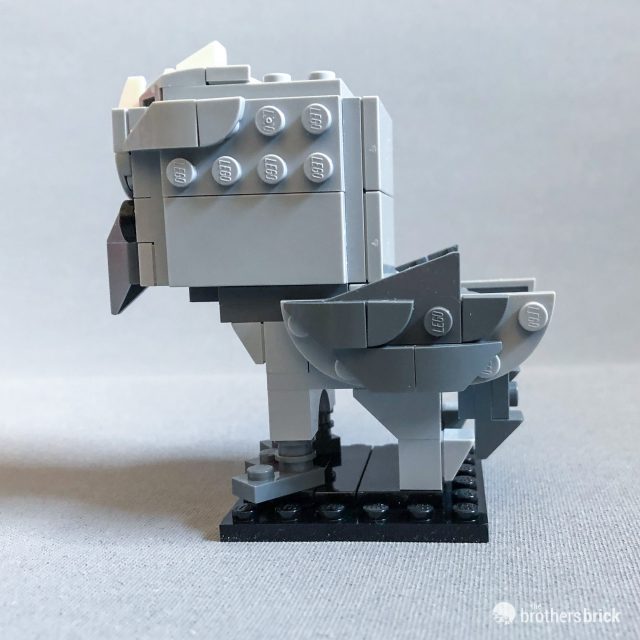 A number of angled bow slopes in light gray and white are the perfect choice for feathery details on the wings and head, and those classic roof peaks make a great beak. The only issue I take with the design of Buckbeak is the back legs, which, according to my 12-year-old daughter, looks a bit plain, and is in need of hoofs, or something to go on the bottom of the simple brick. 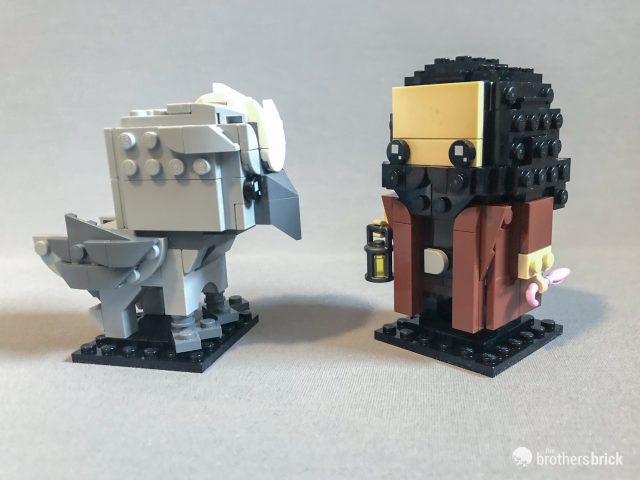 Hagrid and Buckbeak go together as nicely as Harry and Hedwig. I only wish that LEGO made a ferret I could use to make the scene complete. I usually seem to have no end of rats rattling around in my parts bins, but, of course, when I went to look for one, they were nowhere to be found.

Hagrid and Buckbeak are a really fun set to build and would go well alongside Harry, Ron, Hermione, and the rest of the Harry Potter BrickHeadz line in your collection.

This Brickheadz is only offered as a gift with purchase and valued at 19.99 USD, 24.99 CAD, 17.99 GBP. There’s a minimum spend of 100 GBP $99 / €100 / £100  and limited to Harry Potter related purchases only. The promotion lasts from September 1 – September 15 or while stocks lasts.
You may want to consider some of the new September sets to qualify for this promotion.