One aspect that creates the feeling of art, rather than just toy photography, is the depth in each image. The scene fills the whole frame, not leaving any extraneous white corners or dead space, and shockingly, much of each image is out of focus. But therein lies the genius, because by keeping the background buildings and trees blurry, and even some foreground items, it makes it look more like real life images, where not everything is crisp and clear. In Grant’s contribution, he clearly spent a bunch of time making a detailed city, and then made all of it blurry so that viewers cannot see all of his clever awesomeness. That does not stop us from appreciating the roller skates in the bridge arch, though, among other details. 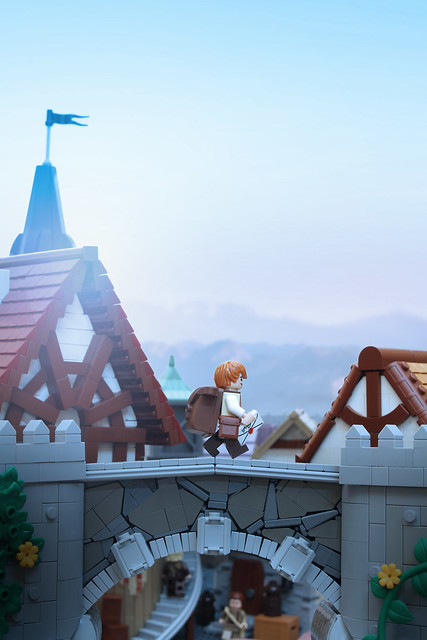 Simon’s builds always leave me in awe of his mastery of color, and this is no exception. There are at least six different colors used to make the bridge, for example, brilliantly giving the appearance of aged wood. The old house, too, has many different hues in it, including everyone’s favorite, sand red. Don’t miss the train windows, cleverly angled for the camera, on the bridge. 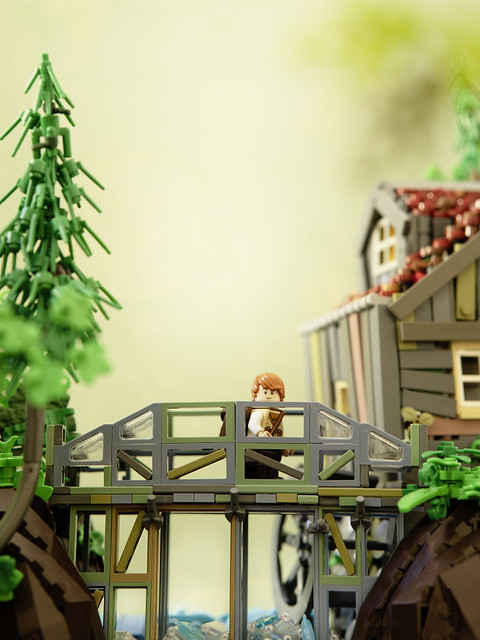 The next, by Marcel, is a bit simpler than the others, but no less elegant. The dinosaur tails and elephant trunks make simple, curved railings for the bridge, and the angled rocks are a refreshing dark tan, rather than the stereotypical grey of most castle builds. 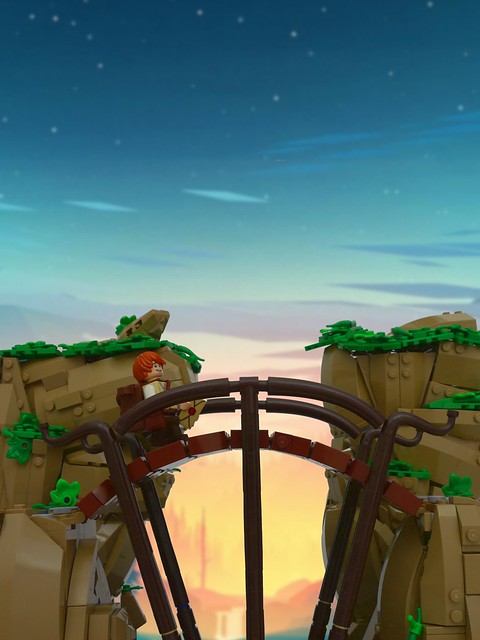 Last comes Markus’s contribution, a stunning moonlit scene of the postman finally arriving home to his wife and baby after a long day on the roads (and bridges). Besides the perfect lighting, Thor must be missing a bunch of hammers, and ol’ Wolverine must be short several bushels of claws, as they were stolen to make the bridge and thatch the roof. And I’m not completely sure whether that’s supposed to be Hedwig perched on the chimney, or a billow of white smoke, but either way it works well. And that does it. After all those weary miles, the postman can finally rest. Until the next morning, when he must wake up and do it all again. 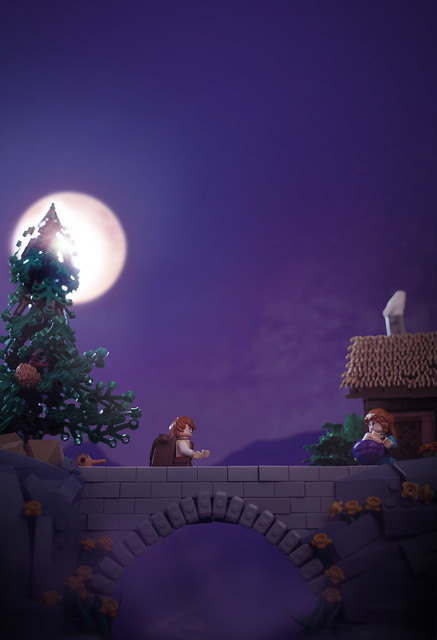