I simply adore microscale castles, and microscale LEGO creations in general, too. There’s something about it, where even the slightest wrong choice in elements can ruin the whole composition, but the perfect usage of that one clever piece can make a masterpiece. Enter Markus Rollbühler, one of the world’s best LEGO master builders (seriously, check out his TBB rap sheet). His microscale fairytale castle and village are chock full of amazing and clever parts usages (and color, too; do I spy some sand red in there?). 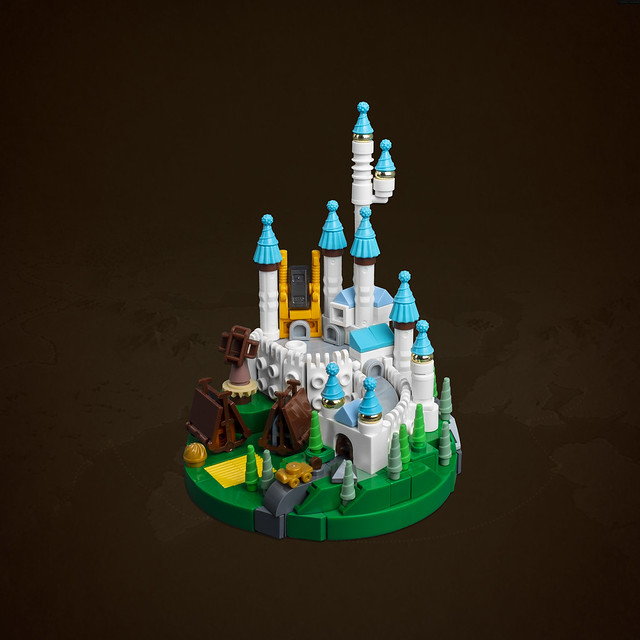 While he’s used the party hats for tower roofs before, pairing them with cupcake liners is new. And there’s a mug in the tallest tower, Elves keys for the keep, wand sprues supporting book covers for the village houses, a katana holder for windmill blades, a roller skate as a cart being pulled by what looks like a non-production brown lever arm, a cupcake top as a haystack, and the list goes on. And don’t forget the unicorn horns balancing as trees. Even blinking near this thing must have the tiny denizens crying “Timber!”