I love a good micro-build and General 尓àvarre brings on the details in this tiny temple. There is some great parts use here with the upside down picket fences being used for the temple walls. The color variation of the roof is nice and adds to the aged feeling of the building. The photos depth of field with the slightly blurry statue in the background helps give a sense of grand scale to a model that is really only 12 x 12 studs square. Like all of the models I tend to favor, this one has a story although it may not be obvious to the casual viewer. In this case, it’s a story best told by its creator.

In the heights there lies a massive temple complex, with a giant statue of the god Terrus in his four armed form above, and a large temple built as a shrine to him below. The priests continually keep the beacon on the heights burning to let Terrus know that they are still honoring him. 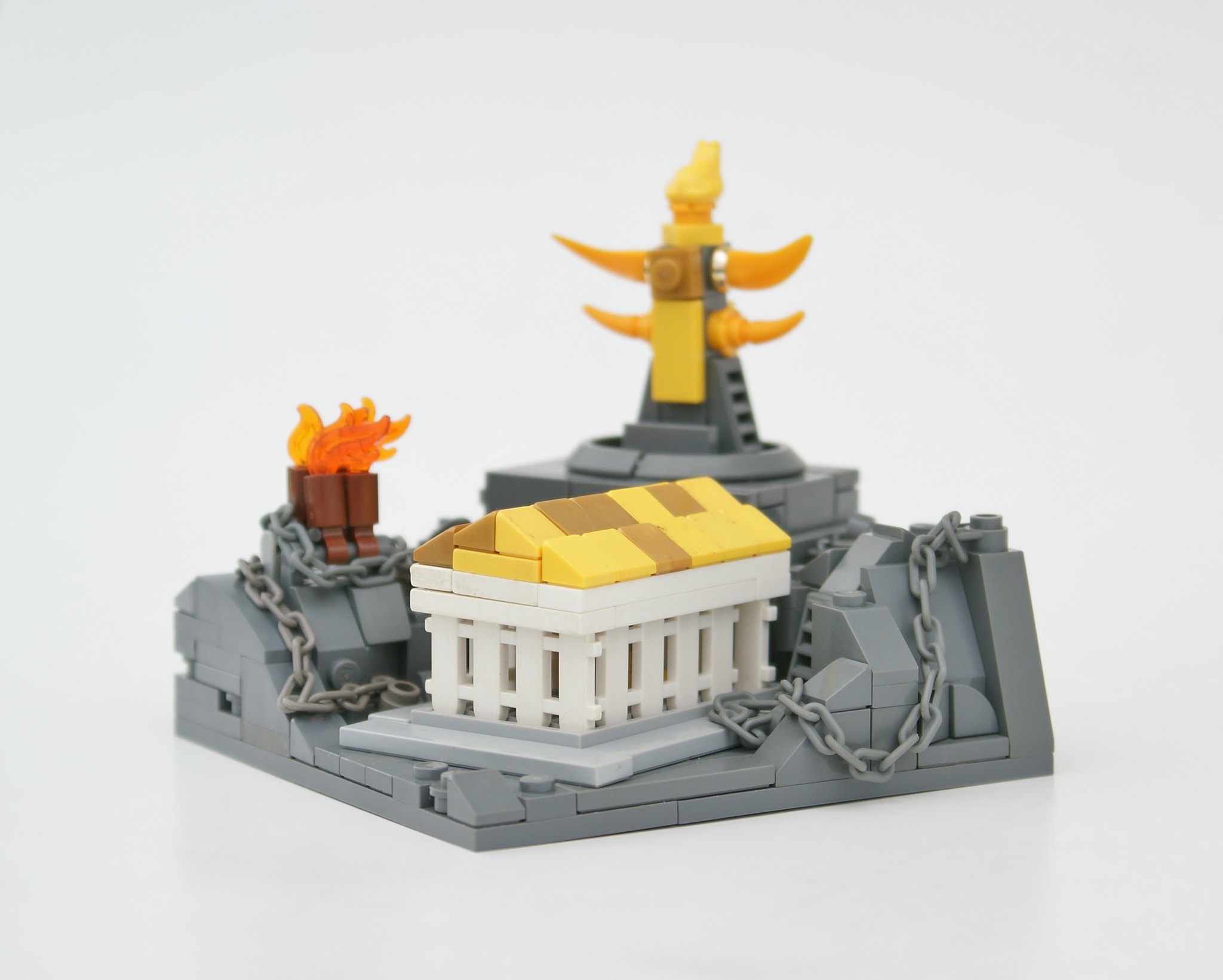