With a lot of people holed up in their homes, as a result of stay-at-home orders to reduce the spread of COVID-19, The Brothers Brick has been getting questions on how to best organise one’s LEGO collection. There are obviously many different ways to do this. These range from not organising it at all, via sorting elements by colour or type, to giving every type of element in every different colour a separate container. The latter is seen by some people as the “ultimate” or “most advanced” sorting solution. A behind-the-scenes discussion among our contributors revealed that we all have somewhat different sorting systems. So, for those of you staring at a large pile of random unsorted LEGO, we’ll be sharing our ideas in a few feature articles. We’ll also go into the process of cleaning and sorting your LEGO.

In this installment, we kick off with our very own Builder in Residence, Ralph Savelsberg aka Mad physicist. 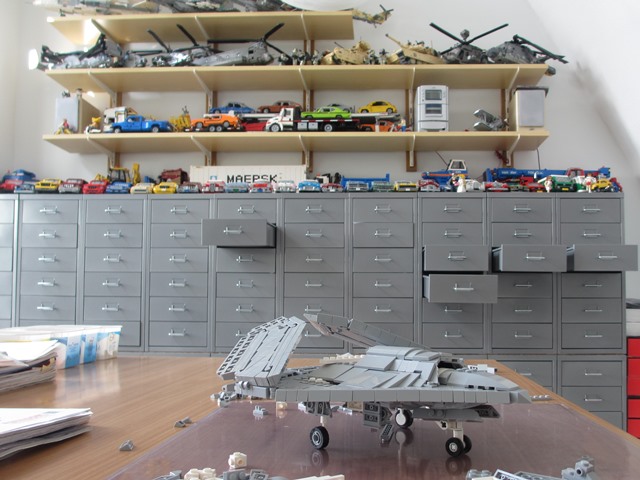 First off, I don’t think there is an ultimate, “most advanced” or “best” sorting solution that works for everybody. Instead, I’m convinced that the best solution is the one that best fits your personality and the things you build. If you’re into building little tablescraps, which grow from finding an interesting combination of parts or some wild colour combination, having everything completely separated may cramp your style. If you’re one of those builders who works out every detail of their builds in a CAD program, though, perhaps having separate containers for every type and colour is exactly what you need. I’m in between and, unsurprisingly, so is my sorting system. Whenever I start building, I know what I’ll be building. I also know the colour scheme. However, I work out how it all comes together on the fly. Because this often involves a bit trial-and-error, I don’t know exactly what parts I’ll need or how many. 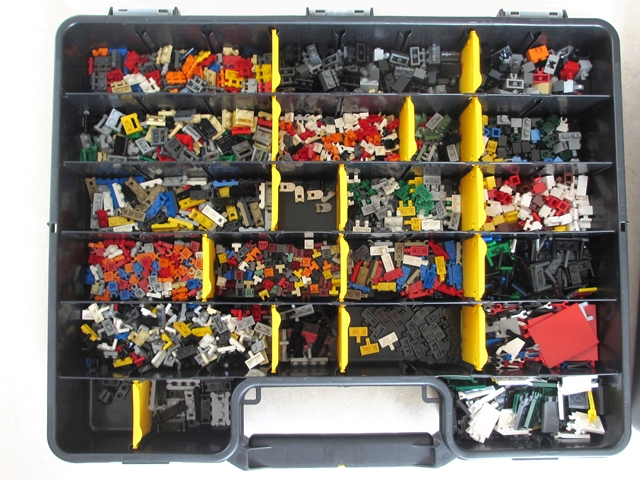 So, how does that work in my sorting scheme? I have a mixed system: I sort some elements by type and other elements by colour. The latter has the advantage that, if I am building something in a particular colour, I have the parts in that colour together. For most major colours I have separate drawers for bricks, large plates, small plates and wedge plates. I don’t split them further, since I hardly ever know how many of each part I need in advance. I may need a mix of say, 1xn plates for my build. So, if each type were to have its own container, I’d have to pull out several of those. Finally, at the end of the build, I’d have to sort the unused parts back into their separate drawers. Since that sounds like an awful lot of work, I instead keep all the 1xn plates in that colour in the same container. Because of this, at the end I can chuck the remainder back, without worries about which variety goes where exactly. 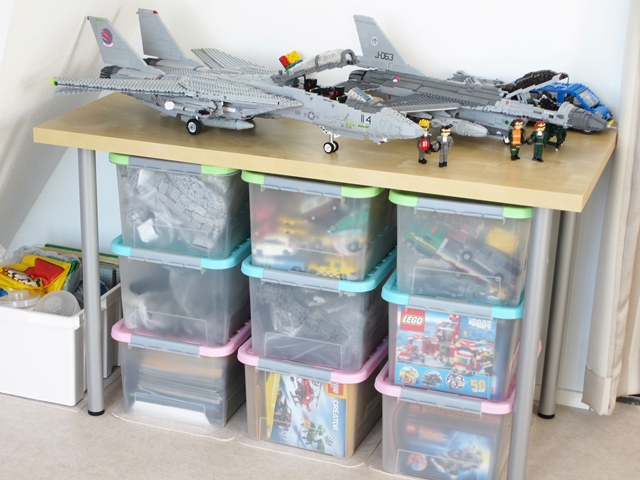 Since finding a single dark grey slope in a box of differently coloured slopes may be easier, sorting by element type may have an advantage. Because of this I do sort some other elements by element type. For instance, various slopes are in drawers or containers, with different colours mixed together. I also use toolcases for tiles or minifigure parts, for instance. They are very useful, because they have small compartments intended for organising small tools or screws. Since I rarely have these parts in large quantities, the ones I need are usually easy enough to find. 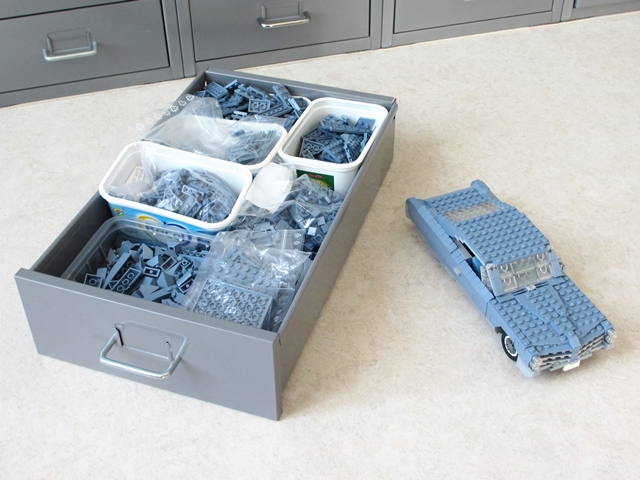 I make an exception for colours that are particularly rare. For those I may actually keep all the parts in the same drawer. However, I do sort some parts, such as slopes and 1xn plates, into smaller containers (or zip-lock bags) inside that drawer. If I want to build a sand blue Pontiac (and who doesn’t?), I don’t want to have to go through dozens of drawers to gather all the parts. I also don’t want to hunt through a box of headlight bricks to find, say, the only two sand blue ones I have. So, my sand blue is all in one drawer. Because one of the containers inside holds everything that’s not a slope, wedge plate, regular plate or brick, the headlight bricks will definitely be in there. 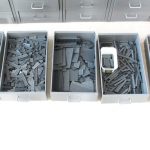 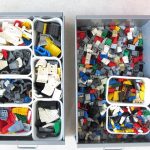 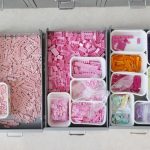 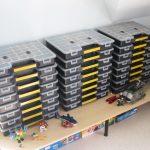 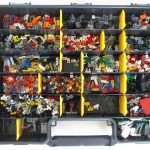 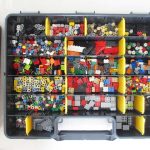 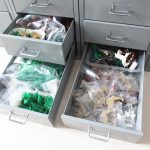 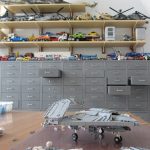 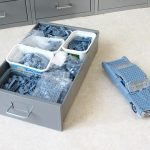 I use mainly IKEA “Helmer” drawers. Their number has grown over the years. I now have twenty with 120 drawers in total. They have slots that can hold cards with descriptions on their front. I don’t use those, though, because I know exactly which drawers hold the parts I use the most often. Of course, if I want to find parts or colours I don’t frequently use, I may have to open a few drawers. However, that’s still far less of a drag than organising and updating cards as the contents change. 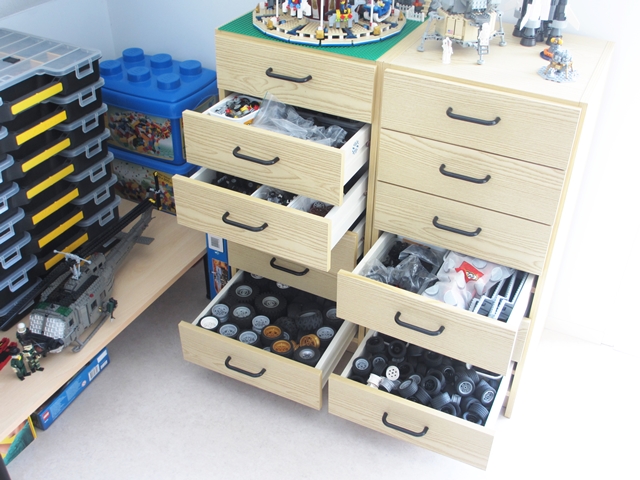 Of course, my sorting system is by no means perfect. It’s a constant work in progress, but it does what it needs to do for me. I can find whatever I need in relatively little time. If I can’t find a particular piece in a particular box, I know I simply don’t have it. Finally, I don’t have to spend silly amounts of time organising everything. My hobby is building with LEGO; not sorting the stuff.

6 comments on “How to organise and sort your LEGO collection, by the Mad Physicist [Feature]”