What are you doing with your time? If you answered anything other than building a life-sized motorcycle out of LEGO then let me stop you now. Because Australian builder Ryan McNaught and his team has done just that. Cool, right? It’s probably way cooler than whatever the hell you’re doing right now. But before you go wallowing into a swirling cesspool of self-doubt and despair, let me point out that Ryan is a LEGO Certified Professional. He does this kind of stuff for a living, so that is why he builds such cool things. Toyco in Auckland asked them to build something special for their big store event and this is the result. Ryan tells us that “The Britten V-1000 motorcycle is not only a record-breaking piece of revolutionary engineering, but it is also a Kiwi icon and a testament to the vision of a single man.” Wow, I guess not being tied down to anyone-in-particular has its benefits. So now you can feel less sad about your lonely, uncool existence. See, it’s a post with a positive message! 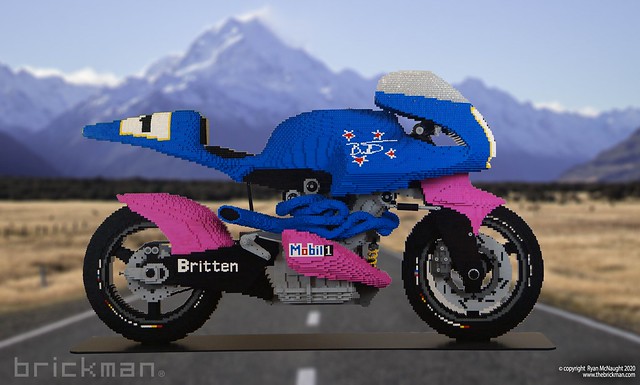 While you’re mulling that over, here is a close-up of just some of the engine and organic exhaust pipes in detail. Toyco is holding a local contest to guess the exact amount of LEGO pieces this motorcycle contains. That figure is still confidential but based on this close-up I’m going to take a well-educated guess and state 42 pieces. Come on, Ryan, am I even close? You can tell me! 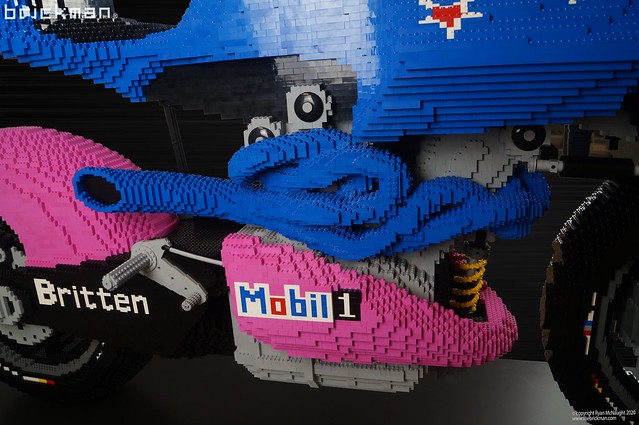 3 comments on “How about a life-sized Britten V-1000 motorcycle?”