I’m a sucker for superhero movies. I love the superpowers, the epic explosions, the over-the-top bad guys, and even the mysterious hideouts that shelter the heroes. One such hideout is Doctor Strange’s Sanctum Sanctorum (Latin for Holy of Holies), a building on Bleeker Street in New York City that serves as both a storehouse for mystic artifacts and a node for protecting the Earth from enemy attacks. Anders Horvath has built a beautiful rendition of the Sorcerer Supreme’s lair, in the style and scale of LEGO’s Creator Expert modular buildings. In fact, it would fit right into your collection at home. It is based on official LEGO set 76108 Sanctum Sanctorum Showdown but upscaled to a point where it is a whole new thing. The interior is lovely, too, so you should check out the album on Flickr. I love the appearance of a microscale Disney Castle, as well as the different weapons on racks. Based on the residents, I’m not positive the Masters of the Mystic Arts still use the place (though they left behind an Infinity Stone), but at least you can get a sandwich or slice of pizza next door! 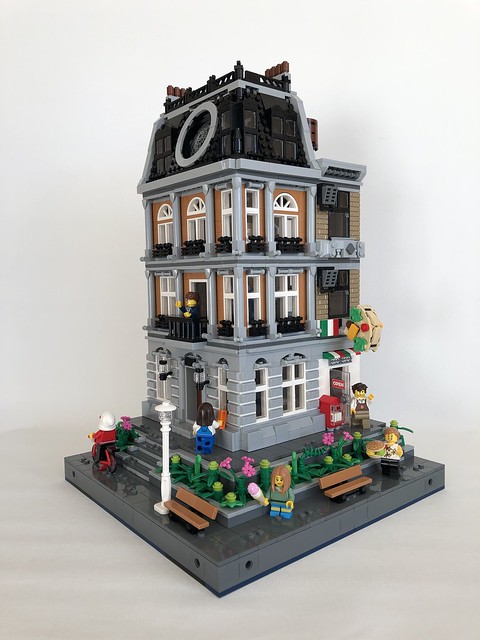