While brainstorming ideas for my own entry to the Assemble the Fleet Contest, I went down a bit of an internet rabbit hole of ships and concept art from lesser-known Star Wars video games. Among them was the Assault Frigate Mark II, only seen in the Star Wars: Empire at War RTS games, which I took one look at and dismissed as impossible to recreate in LEGO due to it’s almost entirely rounded shape. A few weeks later, to my dismay and excitement, The Brickforce proved me very wrong with his beautiful microscale rendition of the ship. 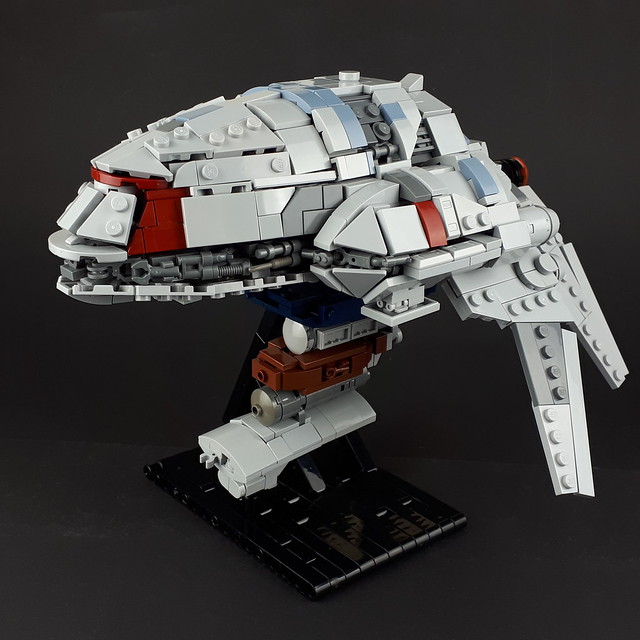 Making good use of the multitude of new rounded, angled, and sloped pieces LEGO has released the past few years, the builder has managed to skillfully recreate the rounded form of the ship, with minimal gaps between the bricks for a smooth look. The splashes of color top complete the build, both incorporated into the complex shaping of the hull and in the Nebulon-B-esque pod array coming off the bottom of the vessel.