When I reviewed the official LEGO Old Trafford- Manchester United set I had surmised (maybe wrongfully) that only non-American sports fans would be into it. What I like…scratch that…what I love more than being right about anything is when a LEGO set sparks the imagination of a new builder. Suwon’s Blue Star is one such builder. When I say new, I mean there isn’t a single photo in their Flickr stream older than February 11th. What we are witnessing, dear reader is a builder who has clearly been inspired by the recent Manchester United set and, like a sleeper agent suddenly brought to life, has found a profound purpose. Not only have they masterfully rendered a micro version of the famous stadium but its entire surrounding Old Trafford neighborhood as well. 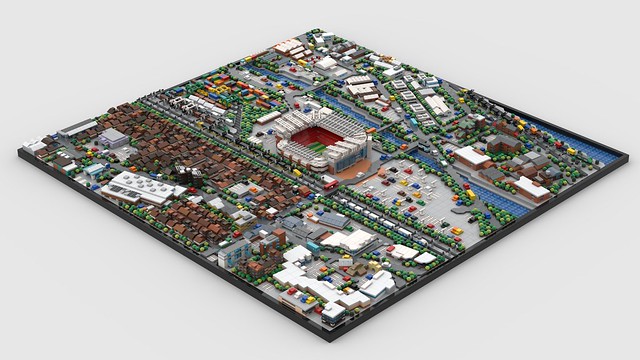 Here they also have created other micro-scale football stadium replicas from around the world. 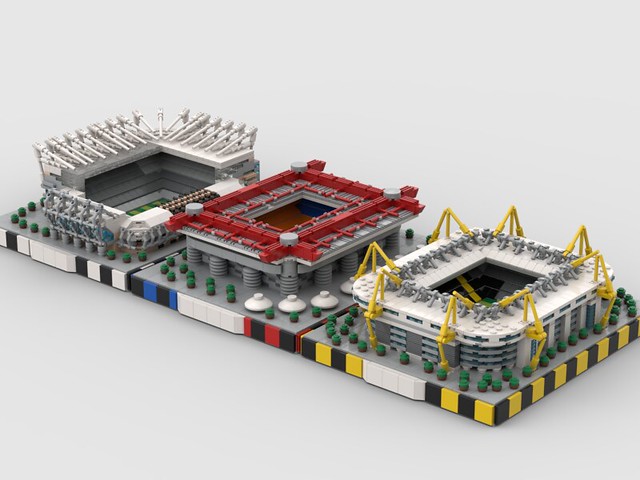 While I am not a football fan, this builder clearly is and I absolutely admire their dedication and passion for the sport as well as the craftsmanship and skill involved in creating these micro-scale works. A week ago this builder was not even a blip on our radar, now, just like that, they are one of us! We may see more football-inspired creations from Suwon’s Blue Star again soon. In the meantime let’s give them the Brothers Brick Bump they rightfully deserve. Welcome to the neighborhood, Blue Star!