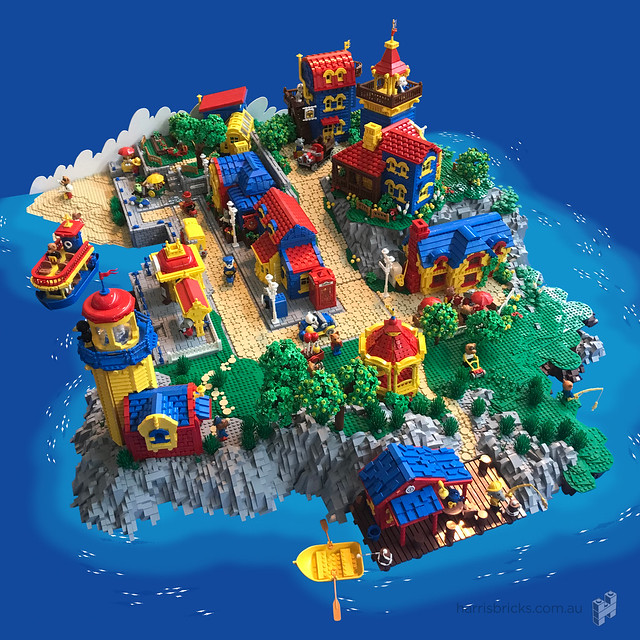 Here’s Wilfred’s Lighthouse offering a guiding light for the Fabuland Ferry any other ships and boats coming in to the harbor. 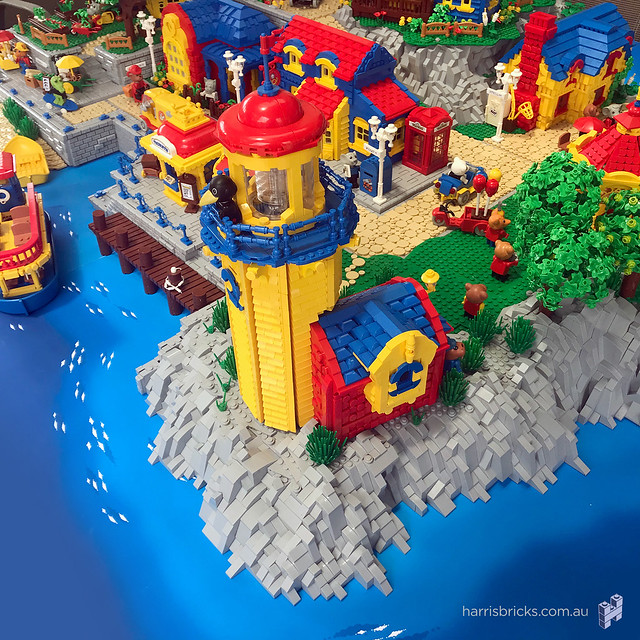 Hannah the Hippo toils busily at her greenhouse and garden… 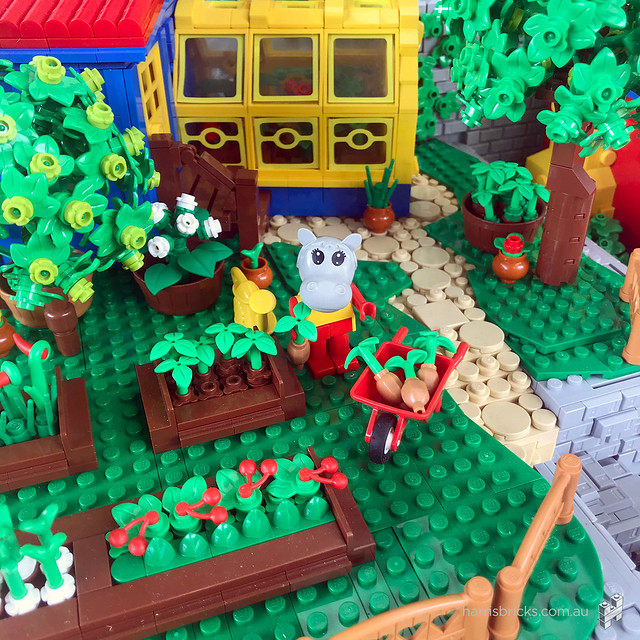 …while Bonnie keeps her B&B clean and tidy. 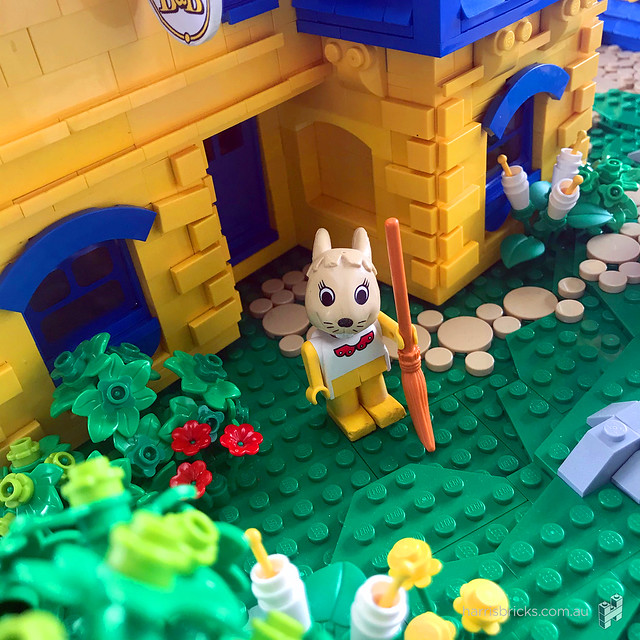 The entire island is rich with truly satisfying details to behold. I really enjoy the retro-fabulous vehicles along the dock… 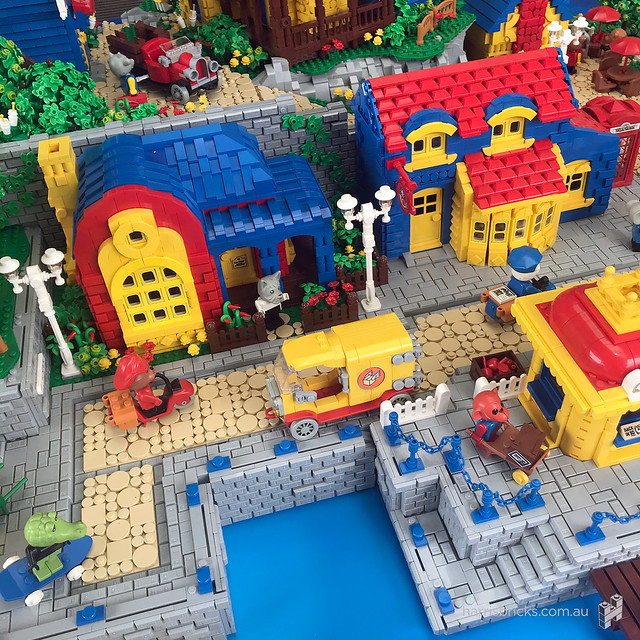 …as well as this little guy selling his wares. 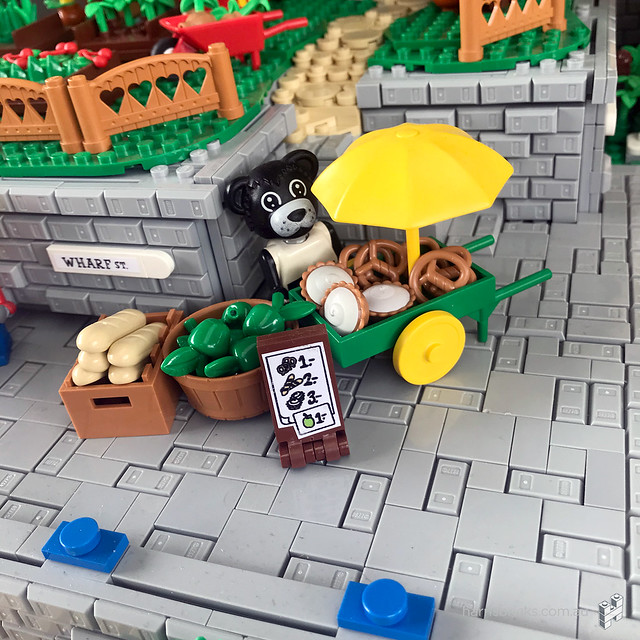 But my favorite detail has to be this little ‘gator on a skateboard! 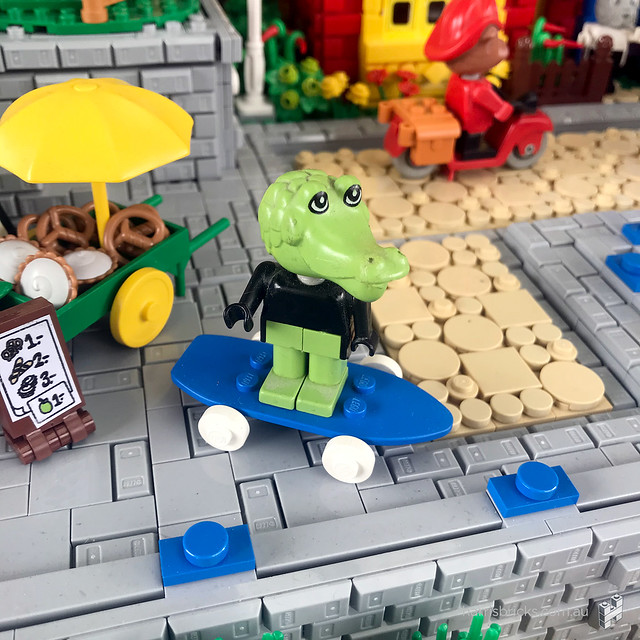