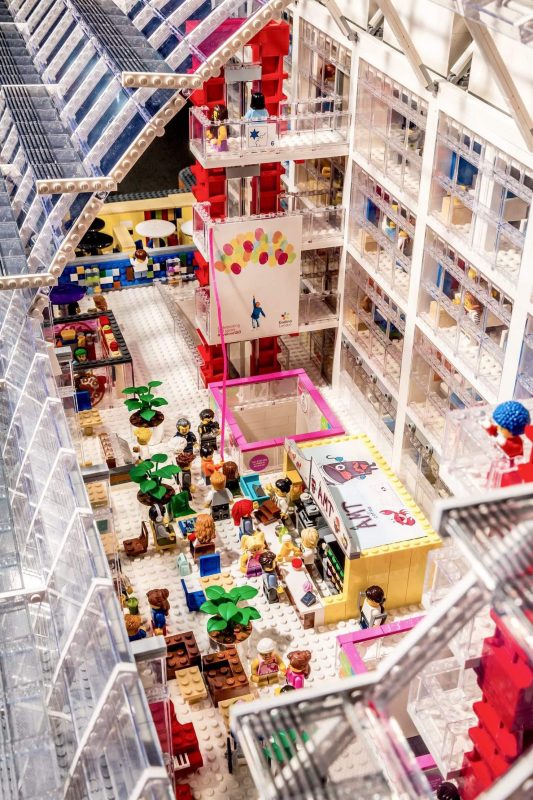 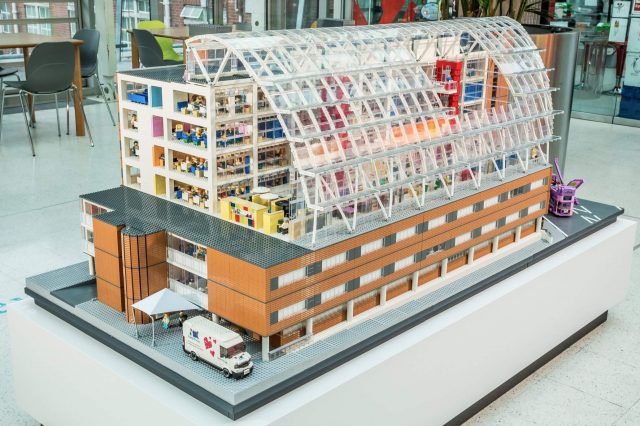 The model recreates the curved glass roof of the hospital’s atrium, and the modern styling of the building itself. The Evelina staff got involved in the construction, putting together beds for the wards and designing minifigures to represent themselves. There are cutaway walls to showcase all the details inside the various departments and rooms, and there’s even the Fairy Bricks van parked out front — no doubt on another LEGO-gifting visit. The rear of the display is just as detailed as the front and interior. That’s a lot of masonry profile bricks used in the facade! 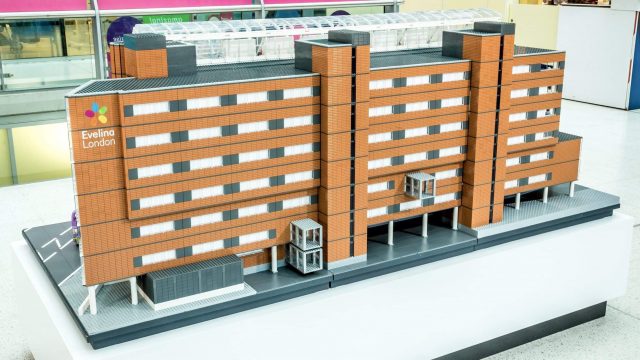 The finished hospital was unveiled at the Evelina with the help of patient Marina Yaqobi, who put the last of the model’s 200 minifigures into the display — a figure designed to look like her. Last year, Marina spent eight months at the hospital receiving eventually successful treatment for serious lung and kidney problems. Gary, who was there when Marina put the final touches to the display, said “The build was challenge at times, but I’m really looking forward to Evelina London’s staff, as well as the children and young people, seeing it for the first time.” 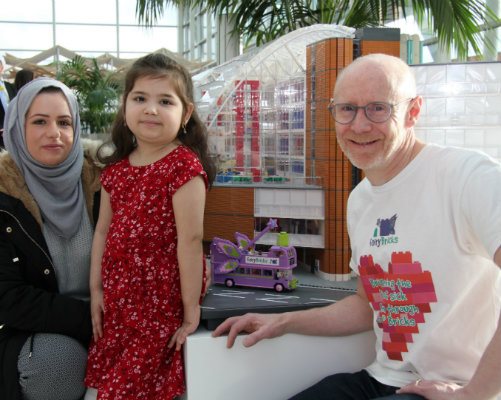