LEGO bricks have long been considered an educational toy, but it wasn’t until 1980 when The LEGO Group formally established an educational division. Known today as LEGO Education, the division is celebrating 40 years of collaborating with and developing educational tools for teachers around the world, with products ranging from Duplo to Mindstorms. Here at The Brothers Brick, we are taking a closer look at LEGO Education with a series of articles, and what better way to observe a 40th anniversary than with a history of the subject? 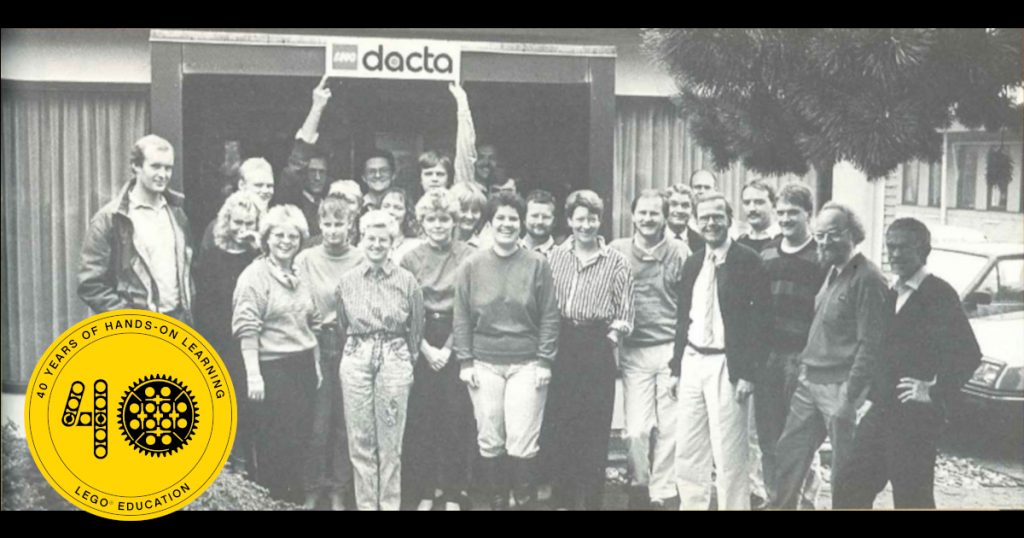 To get everyone pumped up, LEGO created a special video highlighting some of the key points behind the history of LEGO Education. Think of the video as a preview of the history we are about to cover here. Get ready, because it’s time to dive deep into LEGO Education 101!

Prior to the LEGO Group’s creation of a LEGO Educational Division, LEGO bricks had long established their reputation as an educational toy. Ever since Godtfred Kirk Christiansen (son of the founder and leader of LEGO) developed the famous System of Play in the 1950s, LEGO was valued for its ability to encourage children to unleash their imaginations in a meaningful way. As LEGO’s product distribution continued to spread throughout Europe, the UK, US and beyond so too did its status as a learning tool. By the late 1960s, teachers throughout Europe and America began bringing LEGO products into the classroom. According to a 1967 letter put out by American toy retailer F.A.O. Schwarz, teachers wrote to them regarding “…the nearly magical effect it works upon slow and fast learners alike.” 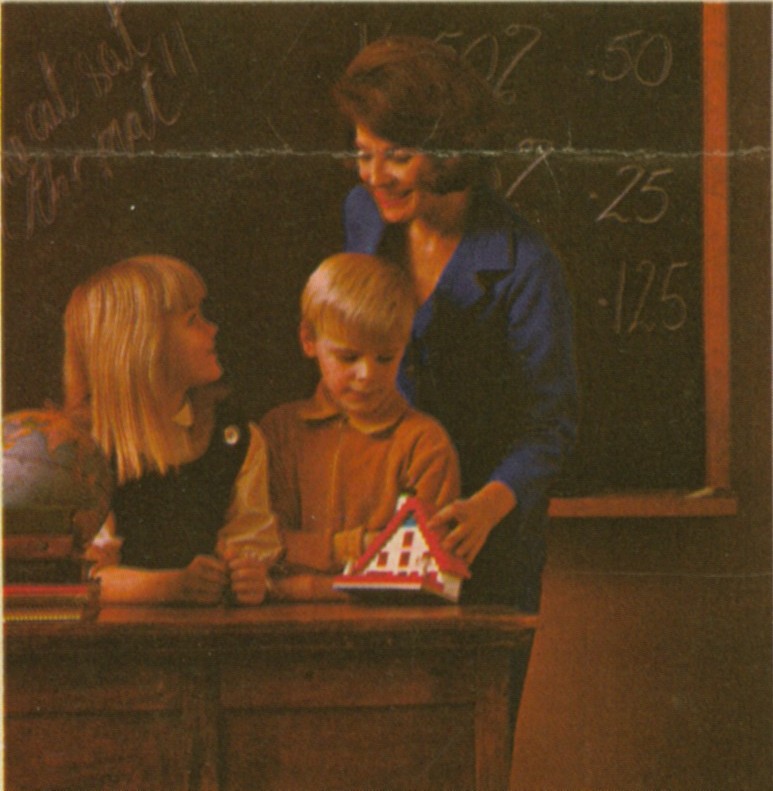 Teacher using LEGO in the classroom – from a 1967 U.S. brochure

In 1967, Samsonite (LEGO’s licensee for the North American market) published a brochure that included testimonials from children and adults, including those in the education field. A special education teacher wrote, “our study of the Community was more meaningful with the use of the Lego building set. It has definite educational values.” Rowena Shoemaker, director of Play Schools Association, Inc. stressed an appreciation for the bricks’ ability to “…lend themselves to the development of social play, dramatic play, creative play, manipulative play and constructive play.” 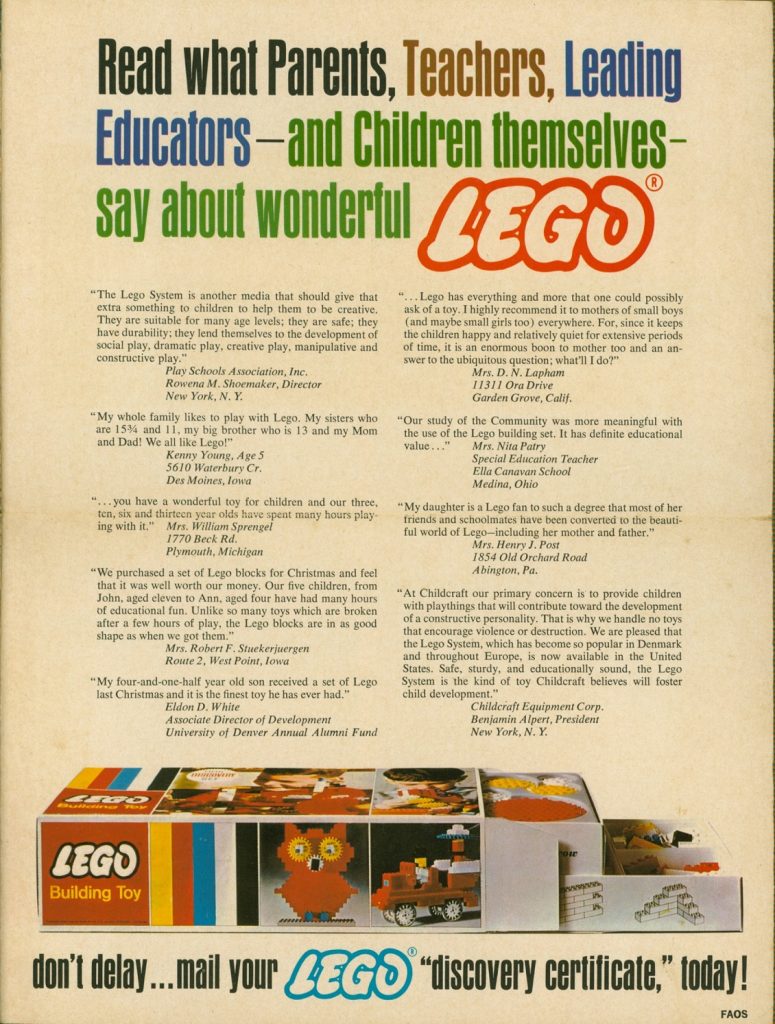 Positive testimonials from a 1967 U.S. brochure

The birth of LEGO Education

While the LEGO Group was producing products like Duplo with education in mind, their efforts to reach the education market were not as successful as they had been with general consumers. Part of this was due to a lack of time and resources, but by 1980 the time was right. That year, the disconnect between LEGO and educators drove the company to form their Educational Products Department. To ensure the new department would be in touch with the education sector, the team recruited and included a former institutional salesperson and kindergarten teacher. 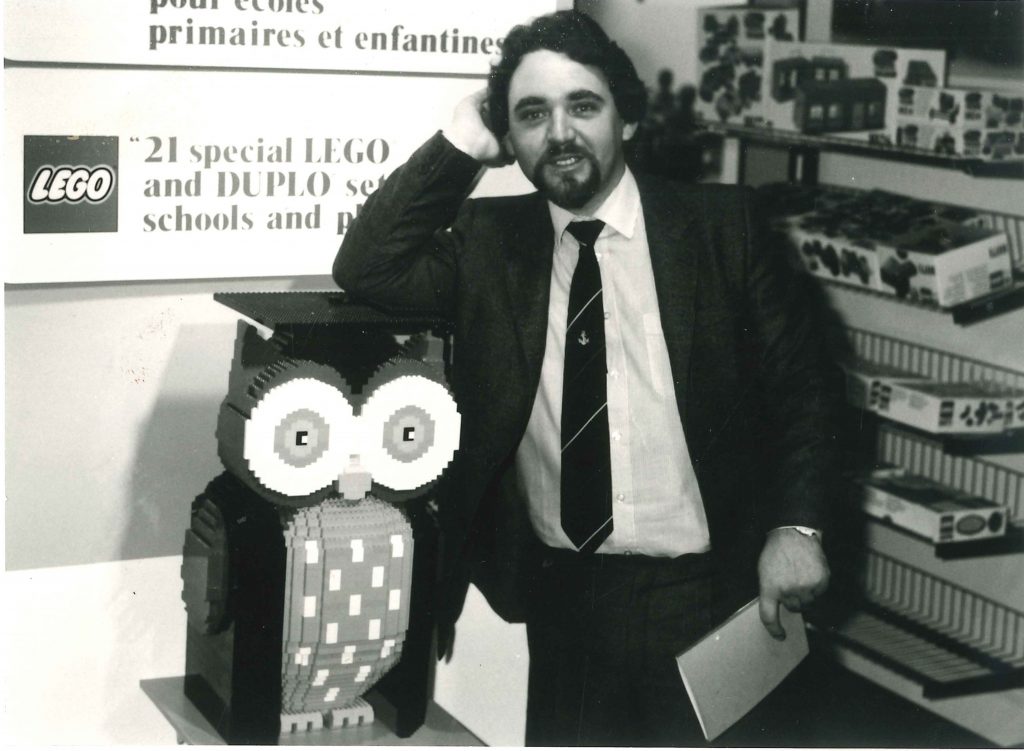 January 1981 witnessed the introduction of a modest seven Education Sets; three were offshoots of the LEGOLAND Town theme, while the remaining four were Duplo. Sets came with activity cards featuring inspiring ideas for students, and such activity cards would become staples in educational products for years to come. Later in the year, LEGO added a Duplo baseplate and revisions of four Basic sets. 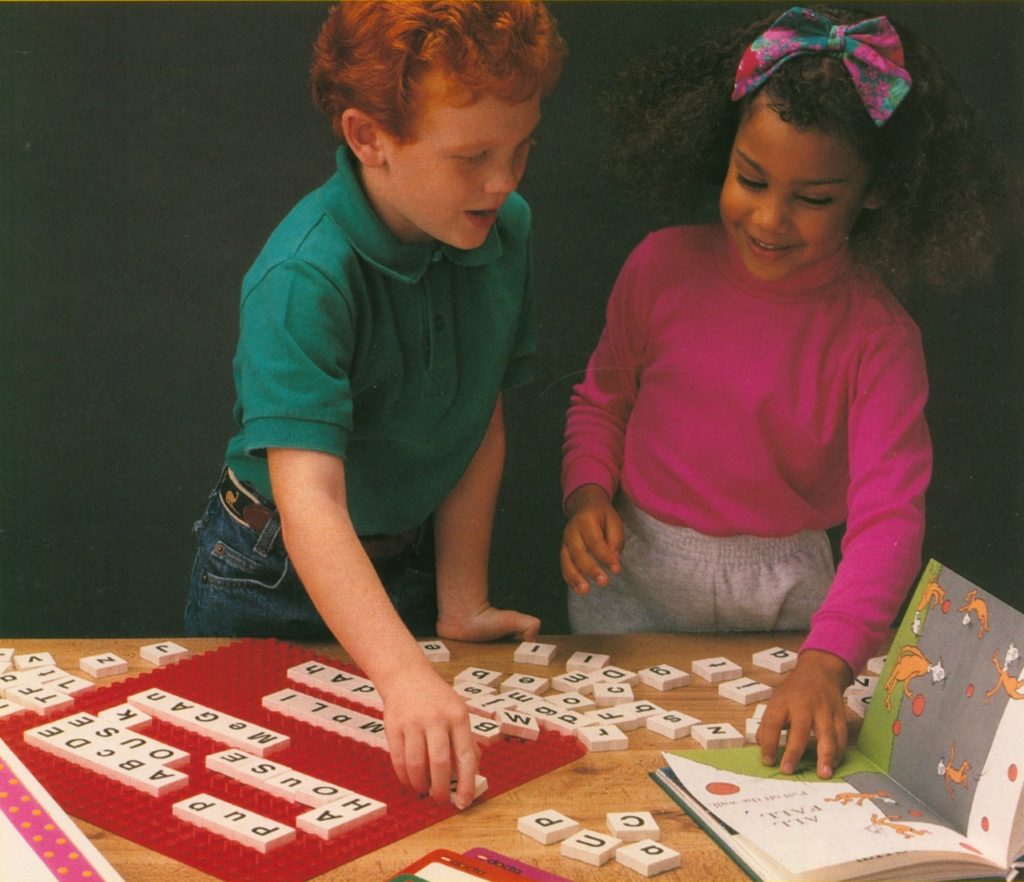 LEGO introduced Duplo baseplates to the line in 1981

One of LEGO’s key target markets for 1982 was the childcare institutional sector, and to that end they released Duplo tiles for making mosaics, letters for language-building activities, and numbers for practicing math. These could then be placed atop Duplo plates hanging on the wall. Duplo tiles proved successful enough to have appeared in educational sets until more recently. Decorated tiles followed in 1982 – Image courtesy of the LEGO Group

In 1982, LEGO launched Technic I to reach children between the ages of 8 and 14, aiming to teach them how to develop methodical thinking. These sets utilized Technic elements like gears and pulleys to teach children about concepts such as gearing. In 1985, LEGO introduced its first global curriculum materials for simple and powered machines. These sets came with activity cards and, in some cases, children would be required to use other materials to complete their projects. The initial Technic I set was available until 1997 when it was replaced by set 9630 Simple Machines. 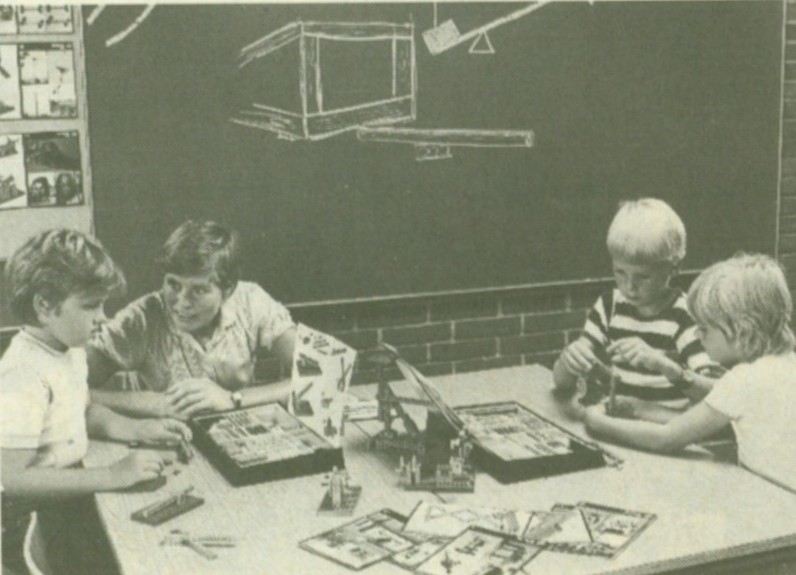 Technic I was introduced in 1982 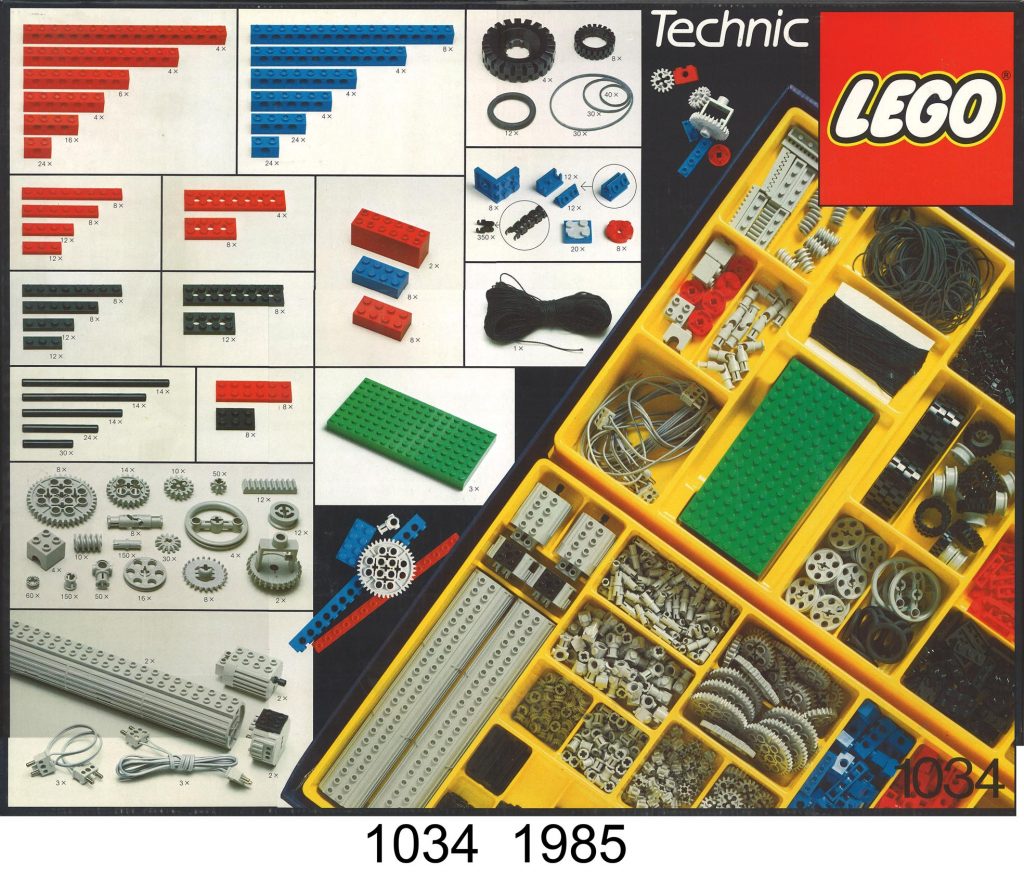 Resource Set released in 1985 – Image courtesy of the LEGO Group

By January 1989, LEGO’s education division and its sets were re-branded as LEGO Dacta to differentiate educational products from general consumer market LEGO products. Dacta was derived from the word “didactic,” a word associated with the intent to teach. A new logo was tested in Denmark, France, Germany and the UK with positive results — and so it was decided.

Dacta products continued to build upon the foundation set forth by earlier educational sets, but the range of products expanded to include new offerings. For example, 1992 gave birth to Duplo Toolo, which melded together the simplicity of Duplo products with Technic beam-like assemblies. Connections between parts were made using plastic screwdrivers and built-in screws to avoid needless choking hazards. Dacta Toolo sets came with activity cards and were intended to build motor skills and coordination, along with fostering an interest in how things work. However, the Toolo line was short-lived, with the final sets being released in 1996. 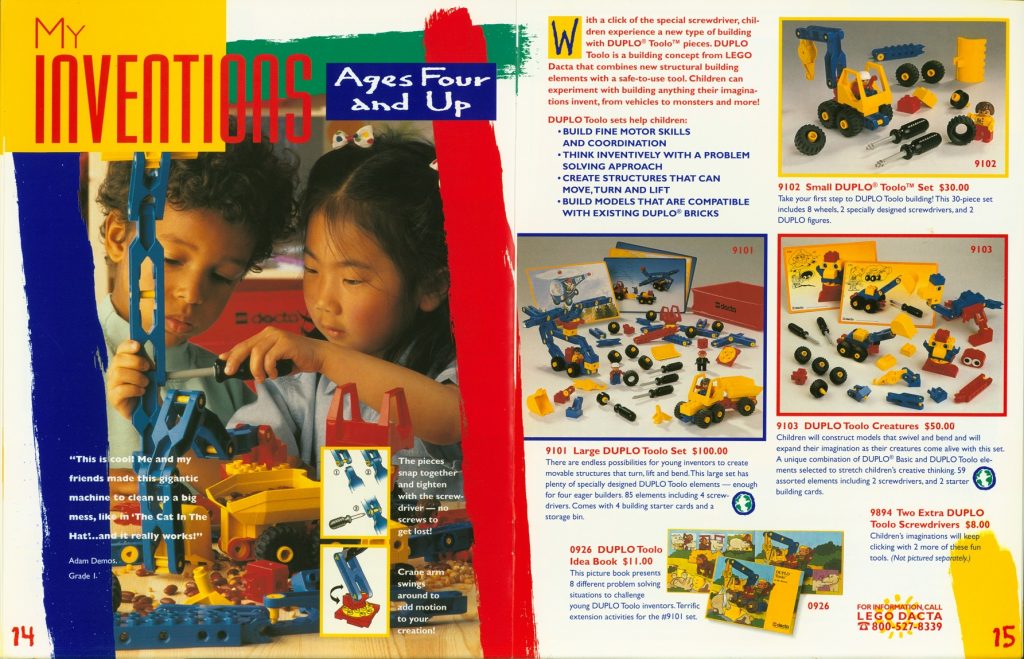 Toolo sets from a 1995 catalog

The Duplo Dacta line also included sets to encourage learning through role-play, including a small supermarket for pretending to shop and a zoo with activity cards to learn about wildlife. There were also Duplo figure packs and large homes. 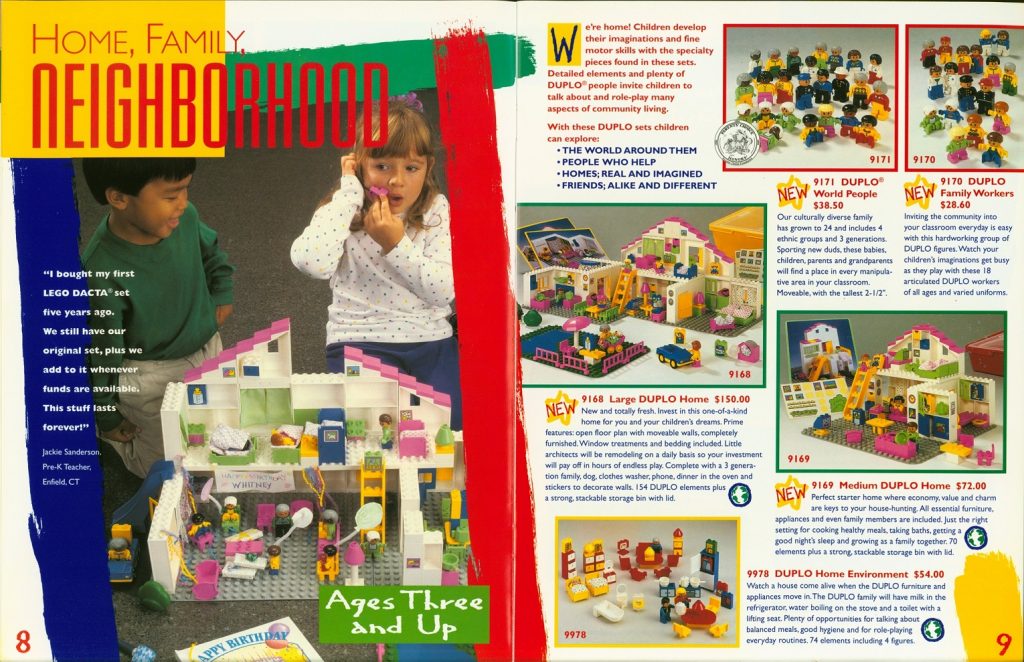 Duplo home sets from a 1995 catalog

There were also special play-theme sets for the standard LEGO System, including a 551 piece hospital set billed by the 1993 catalog “as an excellent means of expanding themes such as health, community helpers, careers and more.” For 1997, LEGO even released a castle-themed set with knights, witches and ghosts. These particular sets were only marketed to educators, so they are especially rare and expensive on the secondhand market. 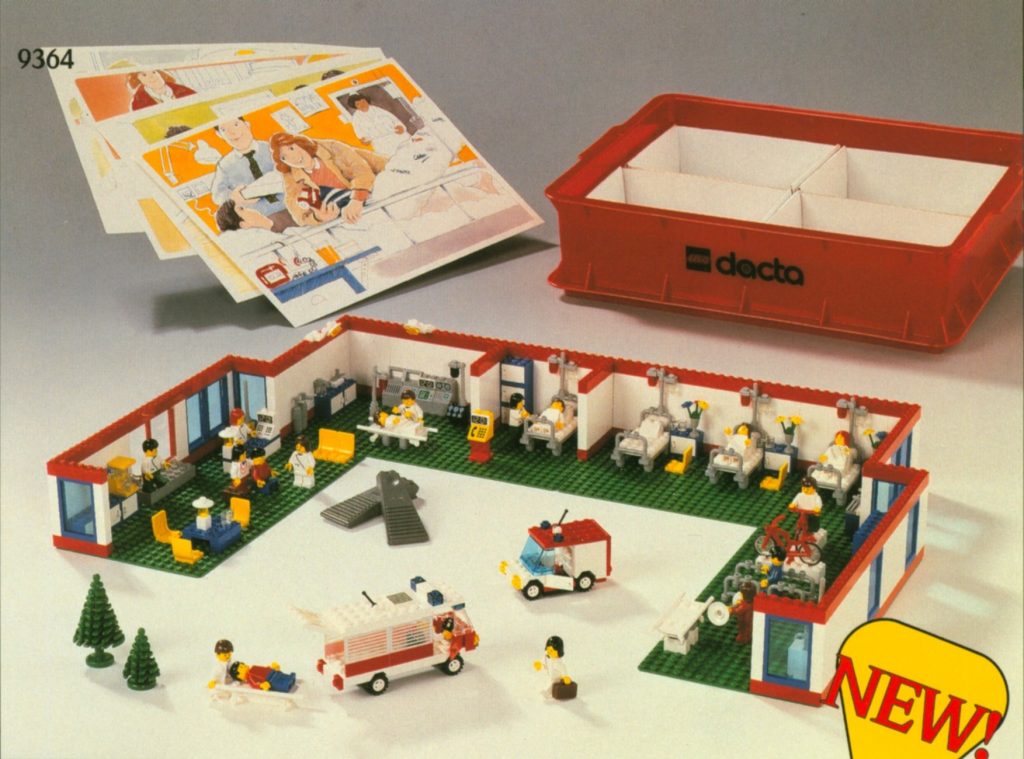 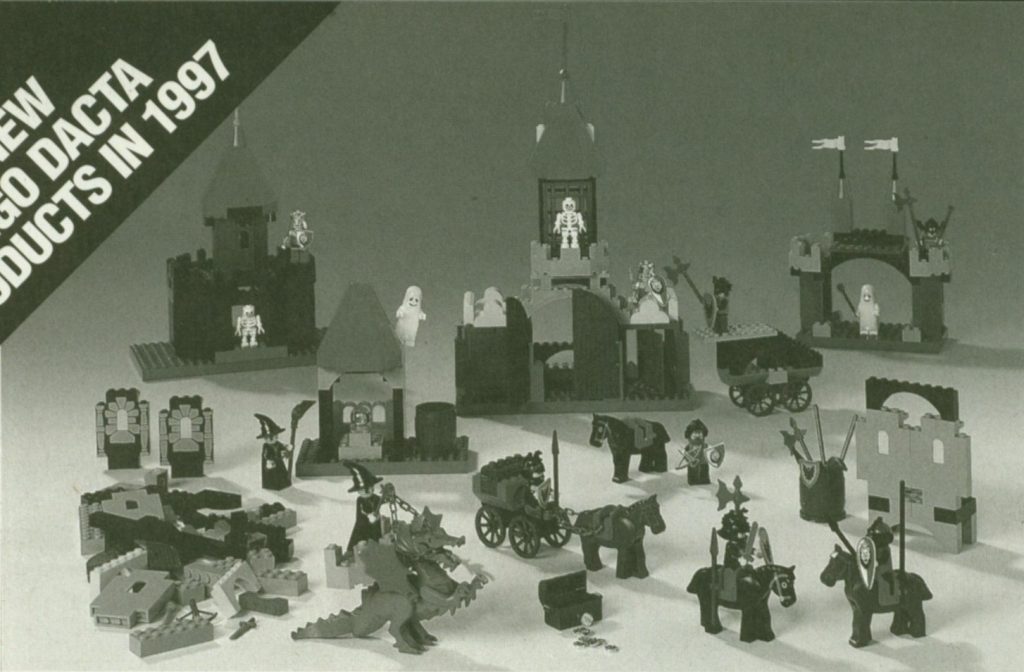 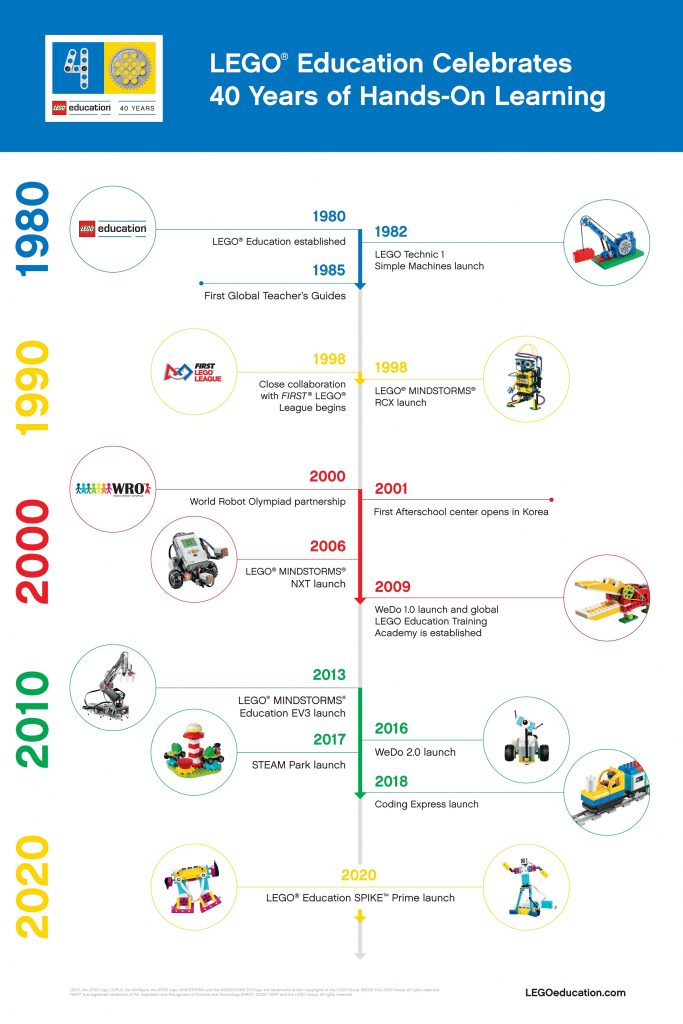 Stay tuned for Part 2 – The Path to Mindstorms

At this point, you are probably wondering when LEGO Education hopped on board the computer programming train and brought forth the robots. I’ll give you a hint — it didn’t start with Mindstorms. To find out more about the origins of robotics in LEGO Education, read part 2 and part 3 of our LEGO Education history feature! 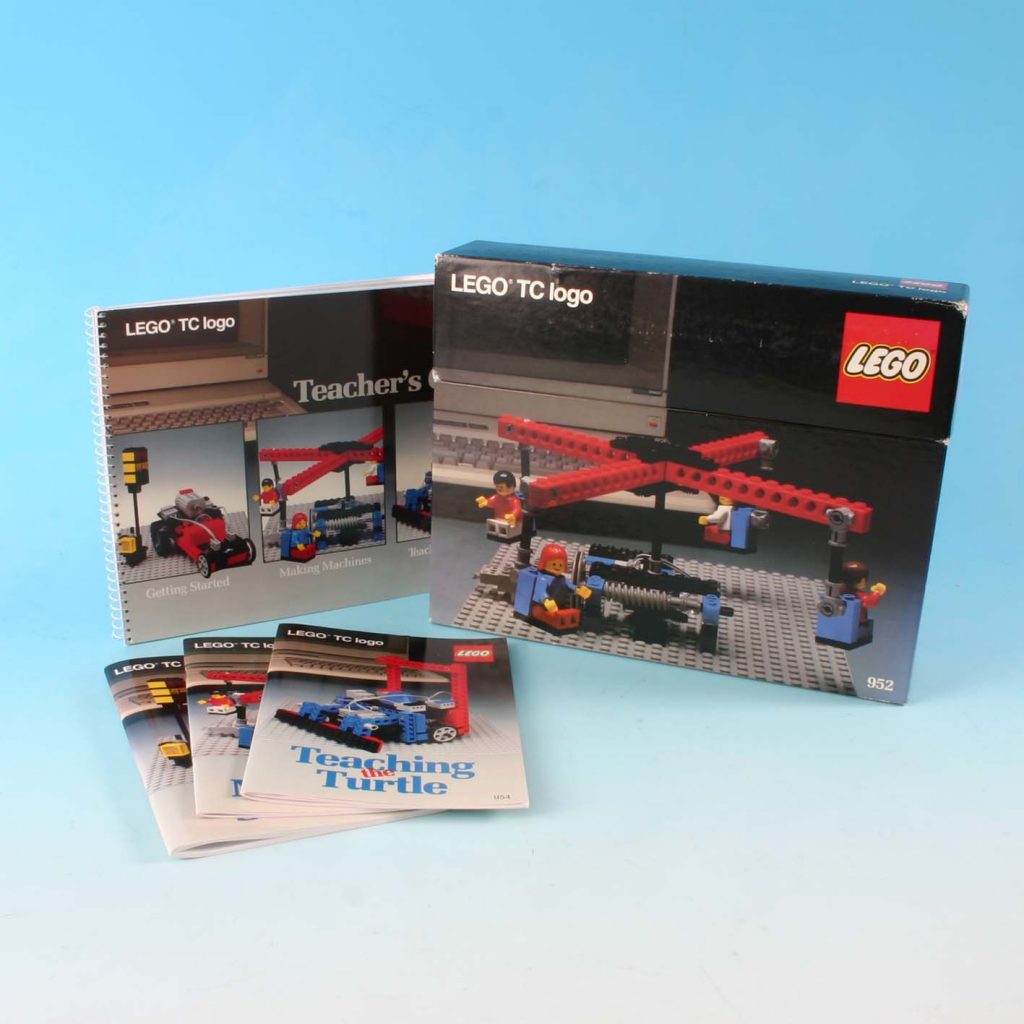